Fire breaks out onboard bulk carrier in Ghent, Belgium

On the evening of 23 June, two firefighters and a crew member were injured when a fire broke out on a bulk carrier in the port of Ghent Belgium. 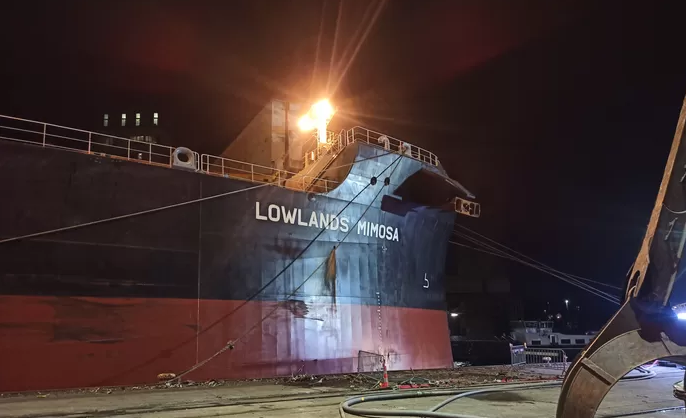 According to Equasis, the vessel Lowlands Mimosa is under the commercial management of Fukijin Kaiun, Japan, and has no record of detention during the 12 port state inspections that began in November 2018.

According to the HLN website, the Lowlands Mimosa has been in port in Ghent since 18 June and has been loading scrap since 22 June, when it moved to its berth. At 2200 GMT last Thursday, the ship caught fire while loading scrap in the Belgian port of Ghent. The crew initially tried to extinguish the fire themselves, but to no avail and had to request the intervention of the local fire brigade. 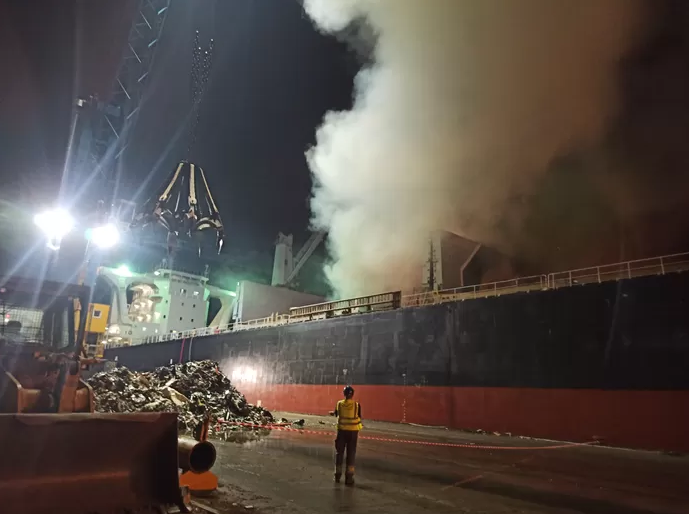 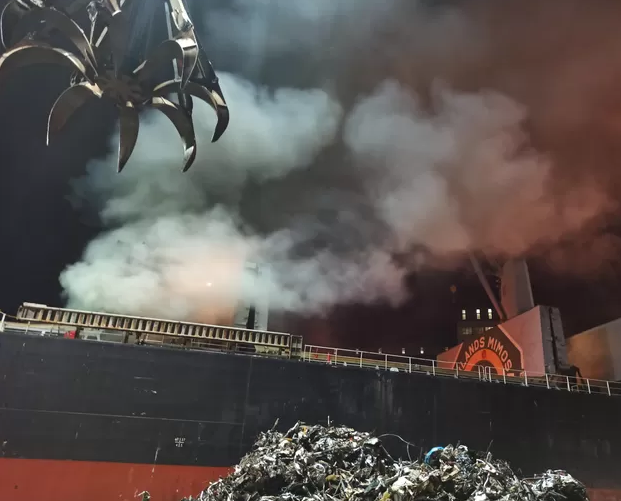 "How the cargo caught fire is still under investigation. The cause is not yet known. There was a lot of smoke at the scene of the fire." Anouk Veyt, a spokesman for the local fire brigade, said.

The fire was brought under control on the morning of the 24th, with one crew member on board being taken to hospital after inhaling a large amount of smoke and two firefighters suffering minor injuries in the process of extinguishing the fire. 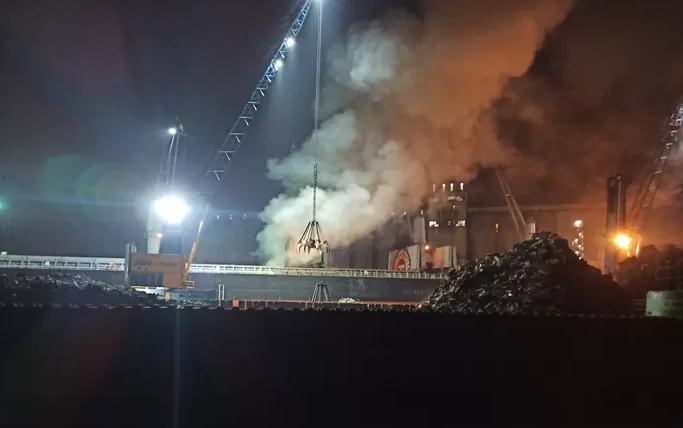 "We will attempt to transfer the waste from the ship to the dock, but previously we had to take into account the stability of the vessel and water is currently being pumped in and out to maintain the balance." A fire brigade spokesman said in the latest update.