Evergreen Container Ship Runs Aground for a Week Not Yet Out of Trouble.

The evening of March 13, local time, the 12,000TEU-class container ship "Ever Forward" ran aground in the Chesapeake Bay shortly after leaving the Port of Baltimore, United States. The ship, which was originally scheduled to sail to the port of Norfolk, Virginia, was travelling at a normal speed of 12 knots before the incident, and the cause of the accident is not yet known. 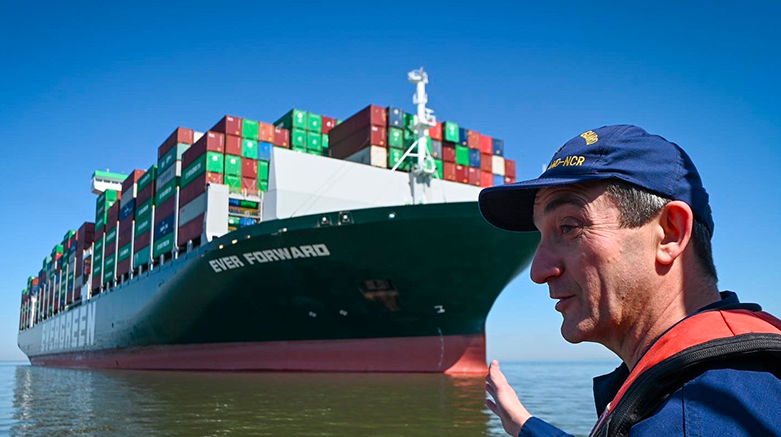 After being stranded for nearly a week, the Evergreen "Ever Forward" ship is still trapped in Baltimore, United States, and has not yet escaped. A few days ago, Evergreen Shipping decided to hire Donjon-Smit, the same maritime rescue company that helped solve the stranded "Ever Given" in the Suez Canal last year, to help the "Ever Forward" get out of trouble.

Evergreen said there are now plans to refloat a cargo ship that has been stranded in the Chesapeake Bay for days. Evergreen said in a statement on the 18th that Donjon-Smit has conducted an underwater inspection of the 1,095-foot (334-meter) "Ever Forward" and that rescue teams can implement a re-floating plan, but must first obtain approval from the authorities.

The U.S. Coast Guard is working with at least four other government agencies "to ensure that the 'Ever Forward' re-floating program maintains the safety of those on board and around it and the safety of the marine environment," 3rd Class Officer Breanna Centeno said in an e-mail. indicated in the email. 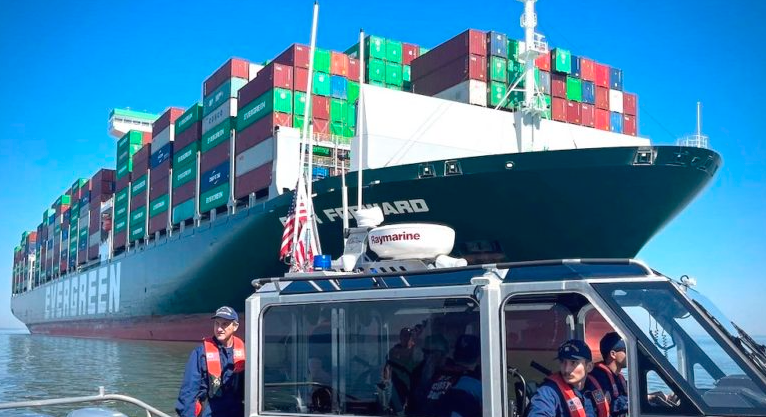 Evergreen said the plan included releasing ballast to lighten loads, dredging silt around the vessel and creating space between the propellers and rudders and the seabed. Rescue teams are mobilizing all locally available tugboats to join the operation.

Evergreen noted that the weight of the cargo was a factor in the re-floating plan, which could indicate that containers may need to be offloaded from the ship to re-float.

At present, the rescue team is using all available local tugboats to participate in the operation. Once enough silt has been removed and the hull's dead weight has been reduced, the rescue team will use the power of the tugboat and the ship's main engine during high tide to try to refloat the ship.