Ever Forward is Refloated After 35 Days Stuck in the Bay 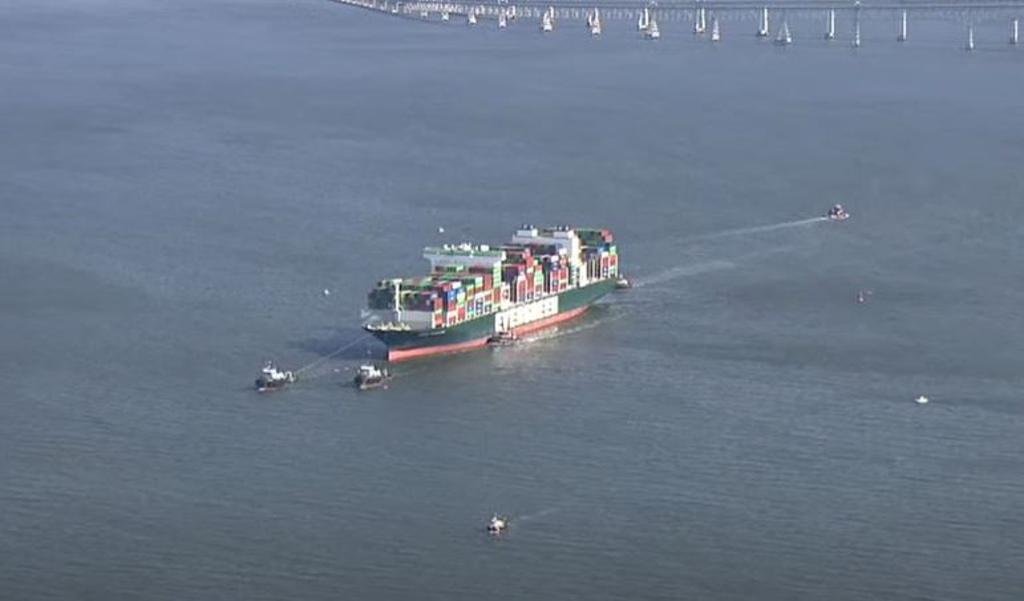 After 35 days of ran aground, the Ever Forward container ship finally got out of trouble.

At 7:12 a.m. on April 14, local time, with the continuous efforts of the U.S. Coast Guard, the Maryland Department of Environment, the well-known maritime rescue company Donjon-Smit and other rescue teams, two barges and five tugboats took advantage of the high tide to help "Ever". "Forward" successfully re-floated in Chesapeake Bay, outside the Baltimore port area, with no apparent damage to the vessel during the grounding, no pollution or obstruction of the waterway.

The person in charge of the rescue operation pointed out that another problem encountered after the "Ever Forward" was rescued was that the hull floated too high after unloading some containers and almost couldn't pass the Bay Bridge. Fortunately, the hull quickly extracted a lot of pressure from the sea. Tank water can pass under the bridge. 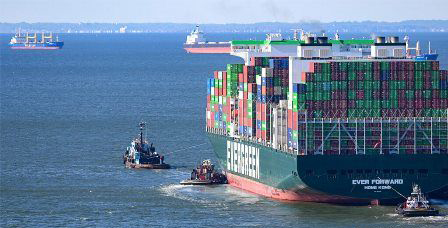 Evergreen Shipping said that the "Ever Forward" ship will conduct an underwater inspection at a nearby anchorage. After confirming that it is safe, it will first return to Baltimore to load about 500 containers that were unloaded for escape before proceeding to the next one according to the original voyage. Loading and unloading of cargo at the port of Norfolk.

It is understood that the "Ever Forward" ship ran aground near the Chesapeake Bay on the evening of March 13, and the ship was traveling normally at a speed of 12 knots before the incident. The ship was capable of transporting 11,850 containers, with nearly 5,000 on board when it ran aground. Over the past month, the rescue team has tried many times to get out of the shallow, but all ended in failure. 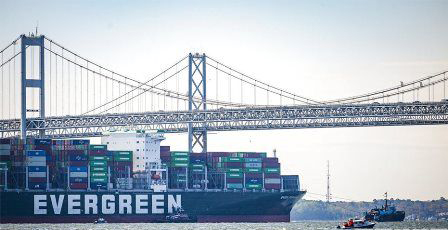 According to previous statements by the US Coast Guard, the rescue operation of the "Ever Forward" was difficult. The ship had a draft of about 12.8 meters, but the ship seriously deviates from the channel with a depth of about 15.2 meters and ran aground at a water depth of only 7.3 meters, which is equal to Trapped in the silt underground, it is difficult to escape. 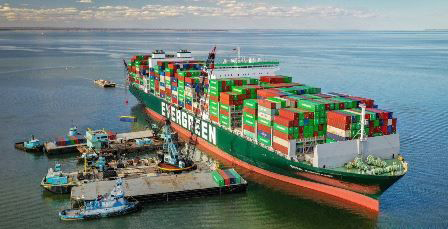 It is understood that the "Ever Forward" ship is owned by Evergreen Hong Kong Company and has just been put into operation in 2020. This is the fourth ship in a series of eight 12100TEU container ships ordered by Evergreen Shipping at Samsung Heavy Industries in South Korea. The ship has a total length of 334 meters and a width of 48 meters. It can carry 11,850 20-foot containers with a gross tonnage of 110,000 tons.