Egypt's Suez Canal Authority issued a statement on the 17th saying that it will raises the tolls of ships in the Suez Canal in January 2023. 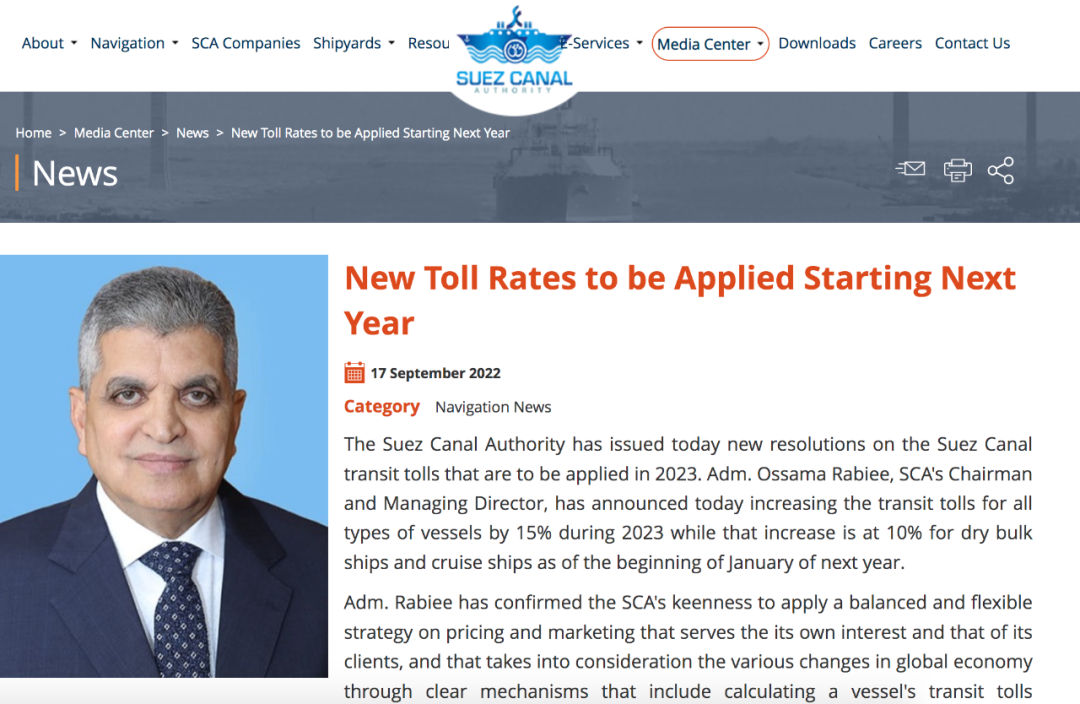 The Suez Canal Authority said in a statement Saturday that it will increase tolls by up to 15% for tankers carrying oil and petroleum products and 10% for dry bulk carriers and cruise ships.

The rising energy prices and freight costs are the main reasons for the increase in tolls.

The head of the authority, Osama Rabie, said the measures to raises transit fees, which will take effect on January 1, were "inevitable and necessary". He blamed high global inflation, which has increased the cost of waterway operations, maintenance and maritime services.

Osama Rabie also said the Suez Canal is expected to increase revenue by $700 million a year after toll hikes in 2023. 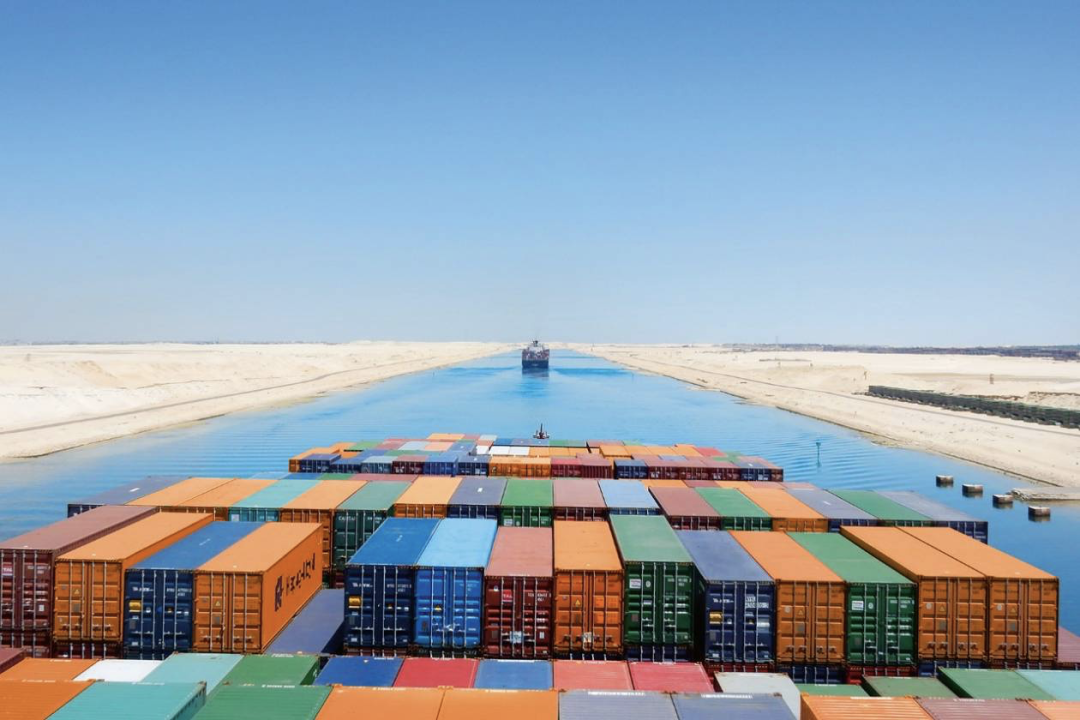 It is worth noting that on May 1 this year, the Suez Canal Authority temporarily raised the surcharge for transit ships. The range of charges includes container ships, oil tankers, dry bulk carriers, multi-purpose ships, ro-ro ships, etc.

The Suez Canal Authority explained at the time that this was "in keeping with the significant growth in global trade, the development of the Suez Canal waterway and the ever-increasing level of transit services".

The Suez Canal is located at the junction of Europe, Asia and Africa, connecting the Red Sea and the Mediterranean Sea. The canal revenue is one of the main sources of Egypt's national fiscal revenue and foreign exchange reserves.

About 10% of global trade, including 7% of the world's oil, flows through the Suez Canal, the main source of foreign exchange for Egypt, the most populous Arab country with a population of more than 103 million.

Egypt currently faces enormous economic challenges and lacks the foreign exchange it needs to buy necessities such as food and fuel.