Egypt Cuts Tariffs On Most Imports in 2022

On October 1, 2021, the important new regulation "Advanced Cargo Information (ACI) declaration" for Egyptian imports came into effect: It is required that all imported goods in Egypt, the consignee must first forecast the cargo information in the local system to obtain ACID The number is provided to the shipper; Chinese exporters need to complete the registration on the CargoX website and cooperate with the customer to upload the necessary information. According to the official website of the Egyptian Customs, Egypt's air cargo will be pre-registered before shipment on May 15, and it will be enforced on October 1.

On February 14, 2022, the Central Bank of Egypt announced that from March, Egyptian importers can only import goods using letters of credit, and instructed banks to stop processing exporter collection documents. This decision is for the Egyptian government to strengthen import supervision and reduce its dependence on foreign exchange supply.

On April 17, 2022, the General Administration of Import and Export Control of Egypt (GOEIC) decided to stop importing products from 814 foreign and local Egyptian factories and companies. The companies on the list are from China, Turkey, Italy, Malaysia, France, Bulgaria, the United Arab Emirates, United States, United Kingdom, Denmark, South Korea and Germany.

From September 8, 2022, the Egyptian Ministry of Finance decided to increase the customs dollar price to 19.31 Egyptian pounds, and the exchange rate of imported goods from abroad will be adopted. This new customs dollar level is a record high, higher than the dollar rate set by the Central Bank of Egypt. According to the depreciation rate of the Egyptian pound, the import cost of Egyptian importers is increasing.

Both Chinese exporters and Egyptian importers will be voided by these rules.

First, Egypt mandates that imports can only be made by letter of credit, but not all Egyptian importers have the ability to issue letters of credit.

Therefore, the Federation of Egyptian Chambers of Commerce, Industry Federation and importers have all lodged complaints, believing that this move will lead to supply problems, raise production costs and local prices, and will have a serious impact on small and medium-sized enterprises that are difficult to obtain letters of credit, calling on the government to Think carefully and withdraw your decision. But it was rejected by the governor of Egypt's central bank.

On the side of Chinese exporters, many foreign trade people reported that because buyers could not open letters of credit, the goods exported to Egypt could only be stranded at the port, seeing losses but nothing to do. More cautious foreign traders chose to suspend shipments.

Of Egypt's 100 million people, 30 percent are trapped in poverty. At the same time, with high food subsidies, shrinking tourism and rising infrastructure spending, the Egyptian government is facing enormous financial pressure. Now Egypt has even turned off the street lights, saving energy and exporting in exchange for enough foreign exchange.

Finally, on August 30, Egyptian Finance Minister Mait said that in view of the continuous impact of the international economic crisis, the Egyptian government has approved a package of special measures after coordination with the Central Bank of Egypt, the Ministry of Communications, the Ministry of Trade and Industry, the Chamber of Shipping and shipping agents. , which will take effect in the next few days.

At that time, the goods that are stranded in the customs but have completed the customs clearance procedures will be released, investors and importers who cannot complete the customs procedures because they have not obtained a letter of credit will be exempted from paying fines, and food goods and other goods will be allowed to stay in the customs for a period of one month respectively. Extend to four and six months.

Egyptian media believe that until the foreign exchange shortage is effectively resolved, the new measures are expected to apply only to goods stranded at customs. Industry insiders believe the move is a step in the right direction, but not enough to solve the import crisis. 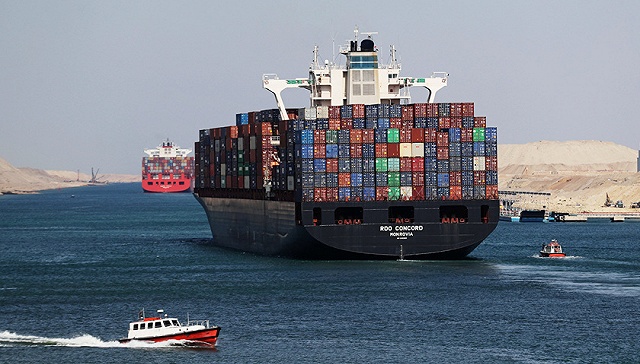 Therefore, on September 4, Egyptian Finance Minister Mohamed Maait announced the reduction of import tariff rates applicable to more than 150 kinds of production inputs, aiming to promote the development of the country's industry, improve the level of localization and promote employment. Goods benefiting from lower tariff rates include production inputs, agricultural equipment, and pharmaceuticals and medical supplies.

Equipment for processing crops, straw and fodder, as well as equipment for sorting fruit and eggs, the applicable import duty rate has been reduced from 5% to 2%;

The applicable tax rate for raw materials such as manganese, iron, aluminum, copper and lead ore is reduced from 10% to 5%;

The applicable tax rate for production inputs in the cement industry has been reduced from 10% to 0-5%;

The applicable tax rate for coal, fertilizer and seeds has been reduced from 5% to 2%;

The tax rate on imported vehicles and parts will be reduced from the current 5% to 40% to 2%;

The applicable tax rate for vehicles powered by natural gas is reduced from 30% to 2%;

The applicable tax rate for tractors, ships, aircraft and railway equipment is 2%.