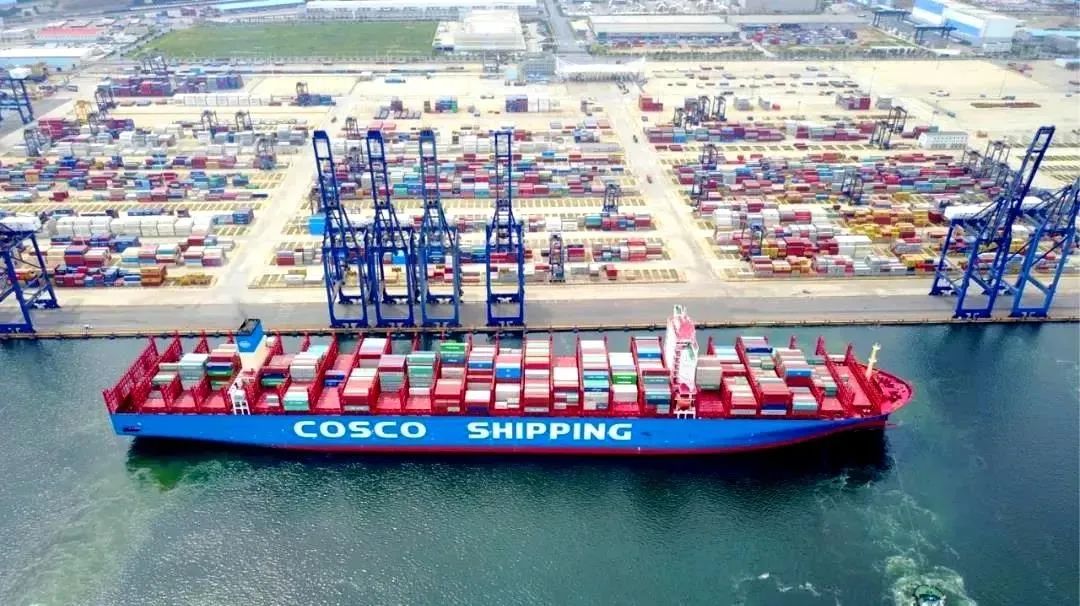 The current production and operation situation in 2022 is as follows: major ports in Europe and the United States continue to be congested, and the freight rate of main routes is stable; the company makes every effort to ensure global transportation services, the export voyages of the east-west main lines remain fully loaded, the production and operation are all normal, and the financial situation is in good condition.

COSCO said that in 2021, under the influence of multiple factors such as repeated epidemics, increasing demand, and limited supply, the global logistics supply chain will continue to be challenged and impacted by complex situations such as port congestion, container shortages, and inland transportation delays. Continued tension. The company has overcome the combined influence of multiple factors such as the global epidemic, and has made every effort to ensure global transportation services through measures such as stabilizing transportation capacity, ensuring container supply, and providing excellent services.

COSCO SHIPPING Holdings was listed in 2007, and by 2020, the accumulated net profit attributable to the parent was 20.686 billion yuan, which was 3.3 times more than the sum of the past 14 years in just one year last year.

Last year, the profitability of COSCO SHIPPING Holdings has already caught up with banks. China Merchants Bank’s operating income last year was about 330 billion yuan, and its net profit attributable to the parent was 119.922 billion yuan. The revenue scale of COSCO SHIPPING Holdings is basically the same, and the net profit attributable to the parent is not much inferior.

From the above data, it can be seen that COSCO SHIPPING Holdings' freight volume growth is limited by about 2.15%, and the performance growth is mainly due to the increase in freight rates. 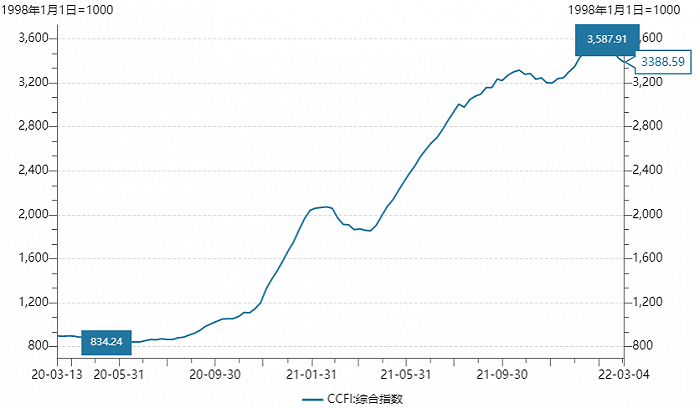 COSCO SHIPPING Holdings said that the company has stepped up its efforts to sign long-term service agreements with strategic customers and direct customers, gradually increased the proportion of direct customers, and continued to expand customer cooperation areas.

Up to now in 2022, the boom cycle of COSCO SHIPPING Holdings has not been shaken, and the freight rate has reached a new high. After inquiries, it was found that the China Export Containerized Freight Index (CCFI) further surged in 2022, reaching the highest point of 3587.91 on February 11, and then fell back. The latest data shows that on March 4, CCFI was still at a high of 3388.59 points.

COSCO SHIPPING Holdings also stated that since 2022, major ports in Europe and the United States will continue to be congested, and the freight rate of main routes will be stable. The company's east-west trunk line export voyages remain fully loaded, production and operation are all normal, and financial conditions are in good condition.

The Huatai Securities Research Report believes that the high prosperity of the container transportation market is expected to continue in 2022, mainly due to the decline in supply chain turnover efficiency and port congestion. Profits form support.