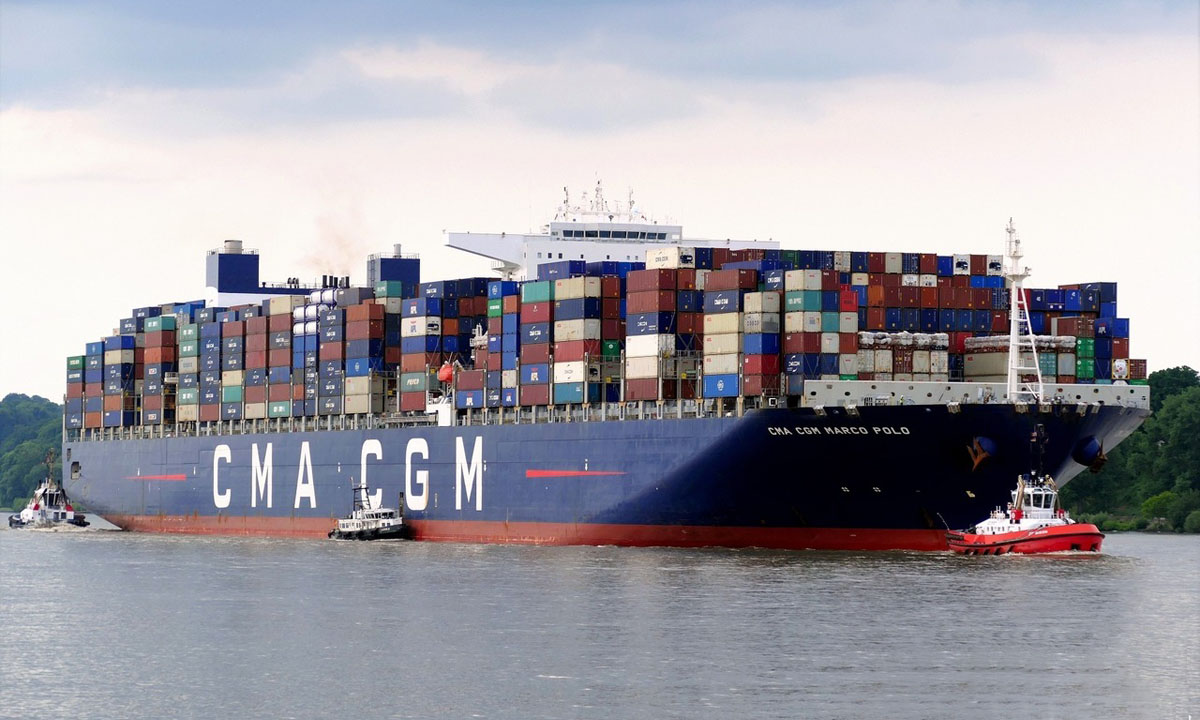 CMA CGM is an abbreviation of Compagnie Maritime d”Affrètement. This French company is transporting and shipping containers around the world. The transport group is one of the nine largest ship owners who control 87% of the global fleet. It ranks 4, after Maersk Line, MSC, and COSCO, in the general classification. The company discussed in this article uses 200 shipping routes between 420 ports in 160 different countries. It handles 509 ships. The company’s headquarters is located in Marseille, and the North America branch is located in Norfolk, Virginia, United States. It is currently handling 509 ships from 420 ports in 160 countries and is managing 37,000 dedicated employees who are working in 755 offices around the world. 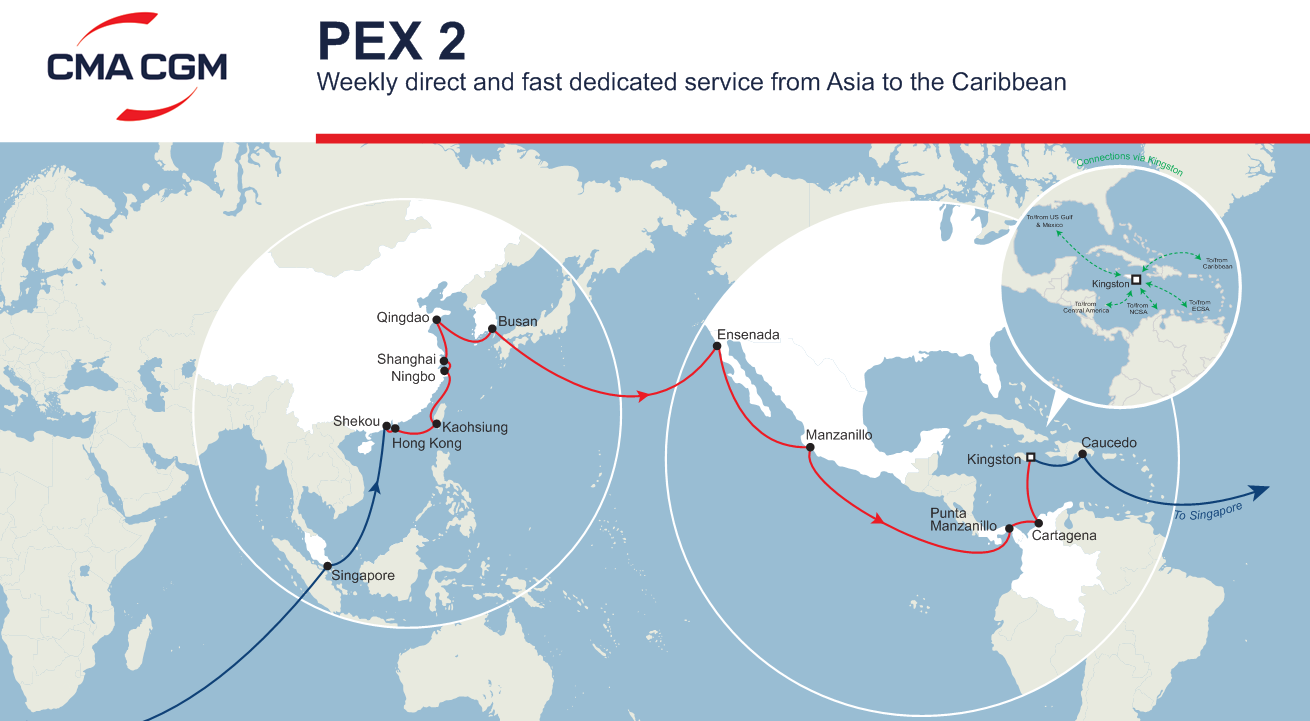 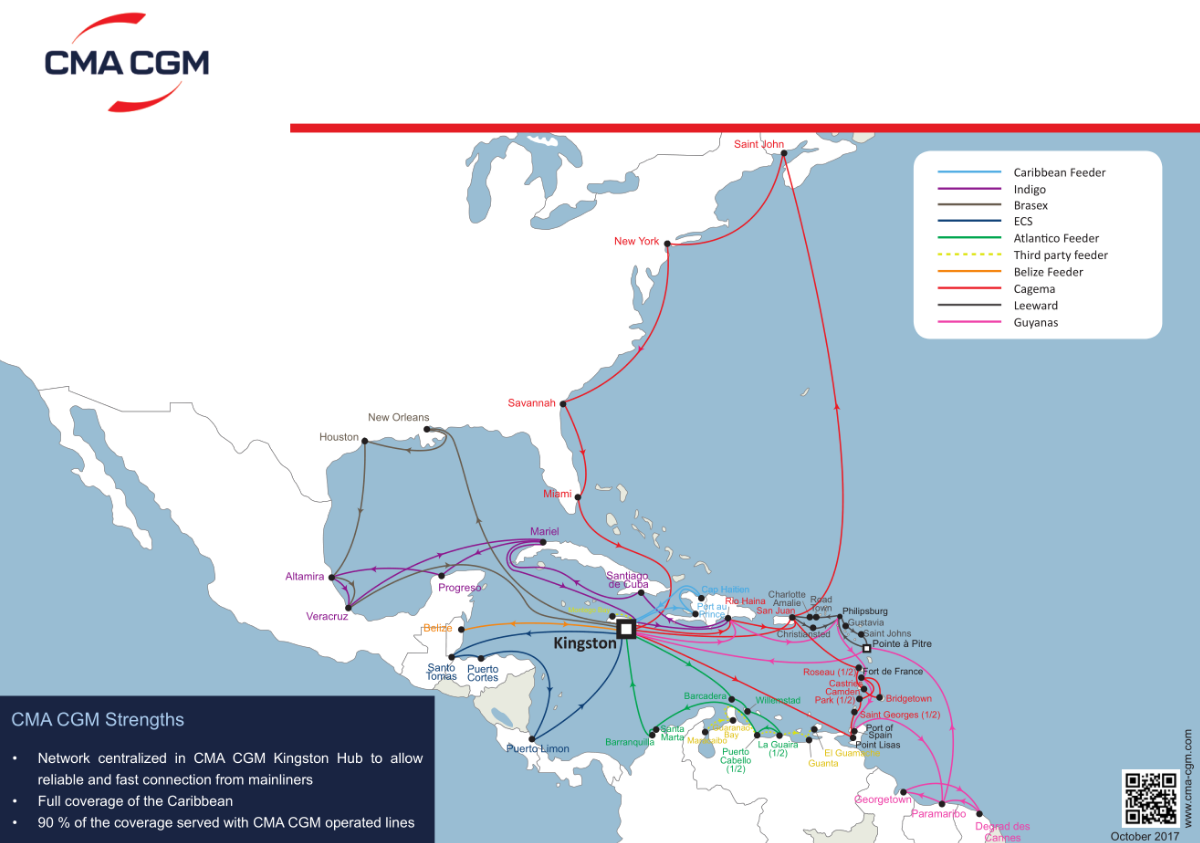 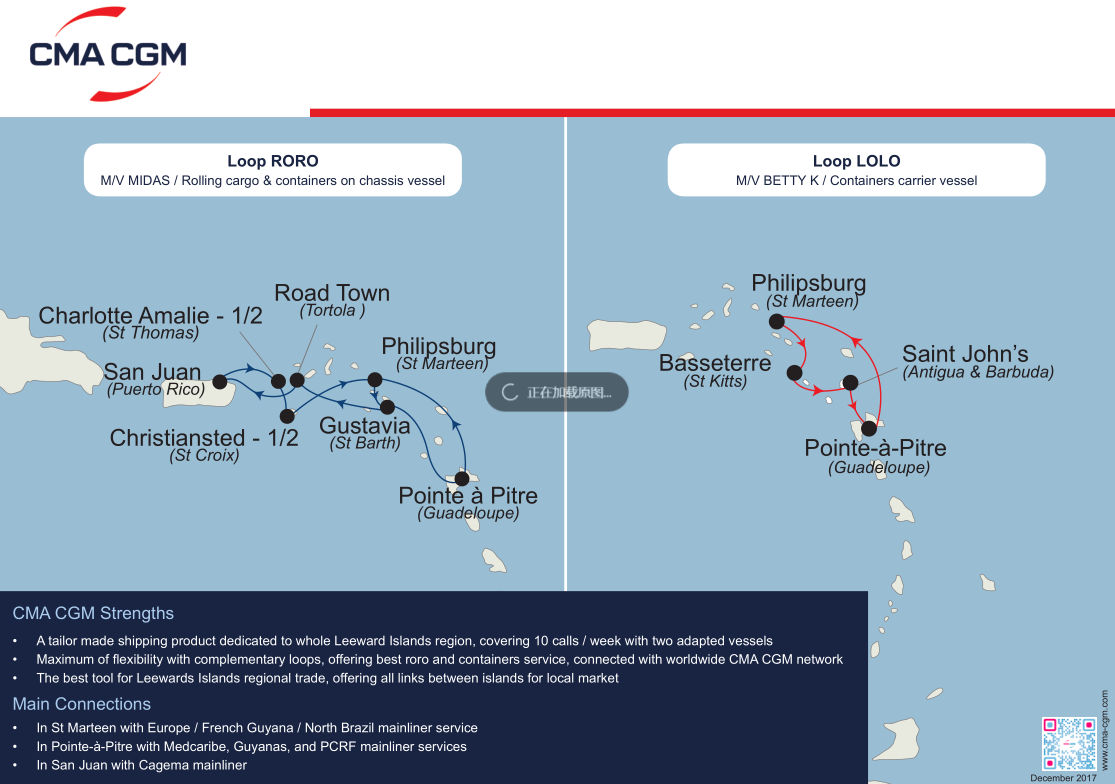 2. Focus on the Caribbean routes, the market benchmark, and MSK, MSC and ranked in the top three. Large market capacity, sufficient space.

3. This route does not have a particularly prominent banker, CIF market potential is huge.

4. Another special container and oversized super wide bulk cargo, the ship is professionally equipped with boom and equipment.

5. The common language, national identity and common psychological quality of the population unique to French-owned companies.

6. Coverage of almost all Caribbean and inland leeward countries and regions. 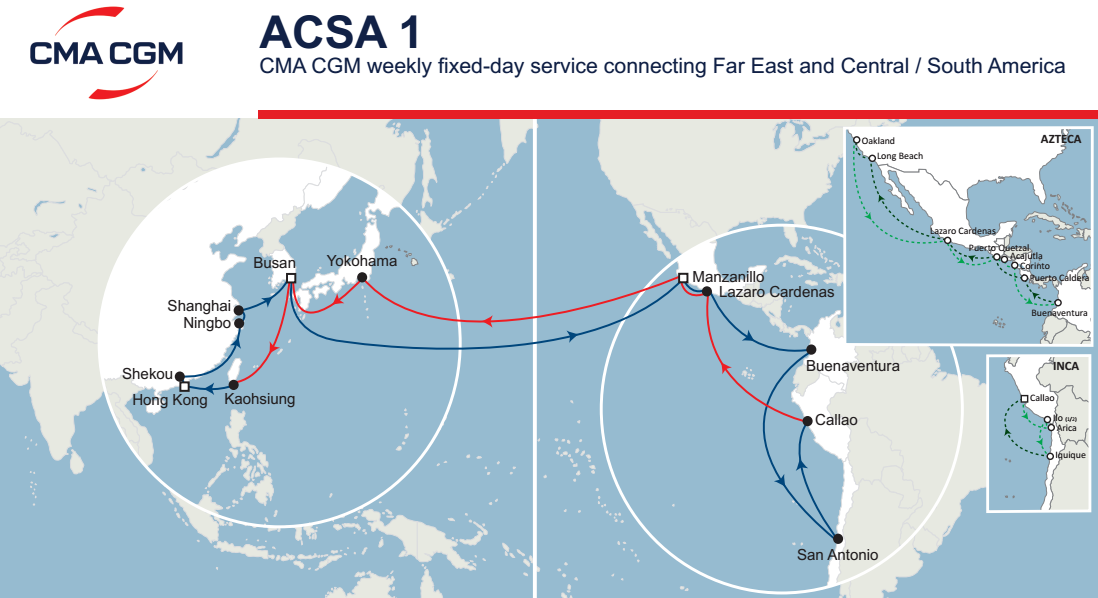 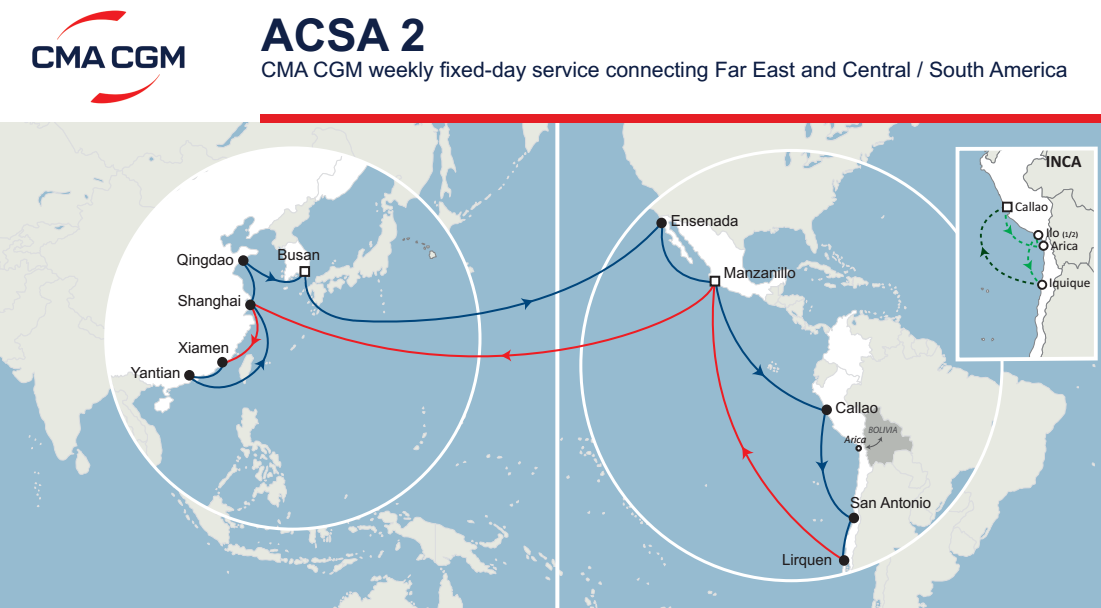 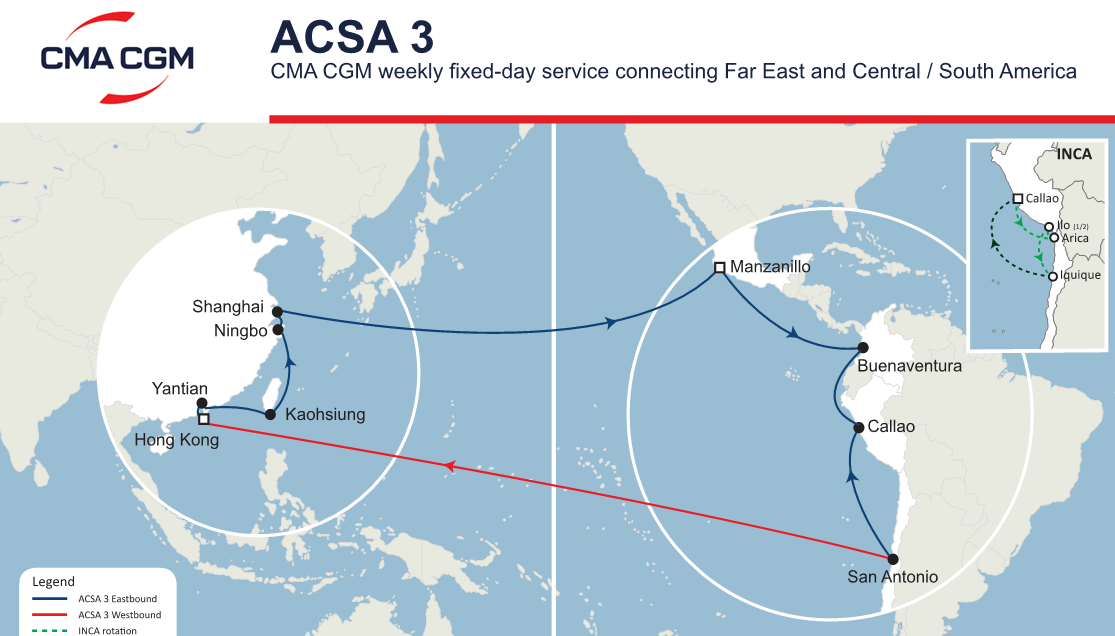 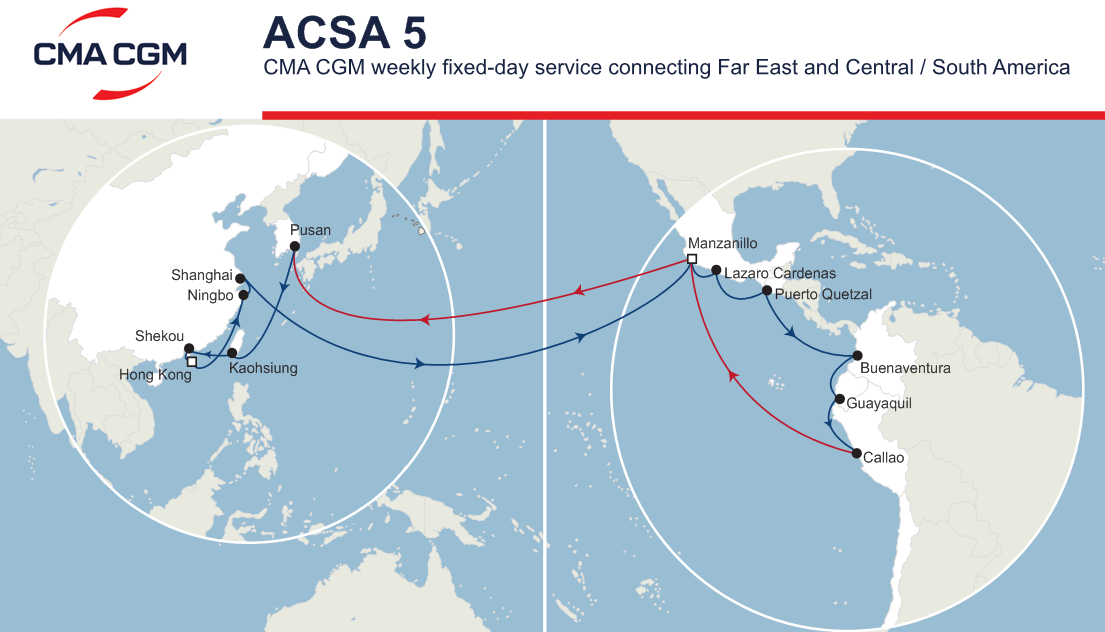 1. Mexico MANZANILLO has four flights per week, with enough space

2. Yantian Shekou has its own weekly schedule, which is convenient to choose

2. Focus on the route, the market benchmark, and MSK, MSC and ranked in the top three. Large market capacity, sufficient space.

3. Another special container and super wide bulk cargo, the ship has professional equipped with boom and equipment

Introduction to the major ports in Latin America

1. Mexico City, the largest market in the country, with a population of 20 million, the capital and the national stock exchange is located.

2. Guadalajara, the second largest city, population over 0.4 million, Mexico's Silicon Valley, with a well-developed electronics industry and retail industry, PLAZA GALERIAS is one of the largest shopping centers in Latin America

3. Monterry, with a population of 0.36 million, the second highest per capita income, modern industry and commerce, and close to the U.S.-Mexico border.

ARICA is a port leased to Bolivia from Chile.

Santiago, 40% of the population, San Antonio/Valparaiso located in Central of Chile, 1.5- 2 hours to Santiago, commercial and economic industrial center

Colombia has a diversified economy with macroeconomic stability and good growth prospects in the long term. Colombia is a medium power with the fourth largest economy in Latin America and is one of the six countries of the Lingcats, as well as an emerging market in the world.

Northern port: Cartagena, the historic city of Cartagena. It was the third largest city in Latin America at the beginning of the 17th century, but has since declined.

BARRANQUILLA: The fourth largest city in Colombia, a tourist center and an important industrial center in the country, with major industries such as electronics, paper, textiles and food. 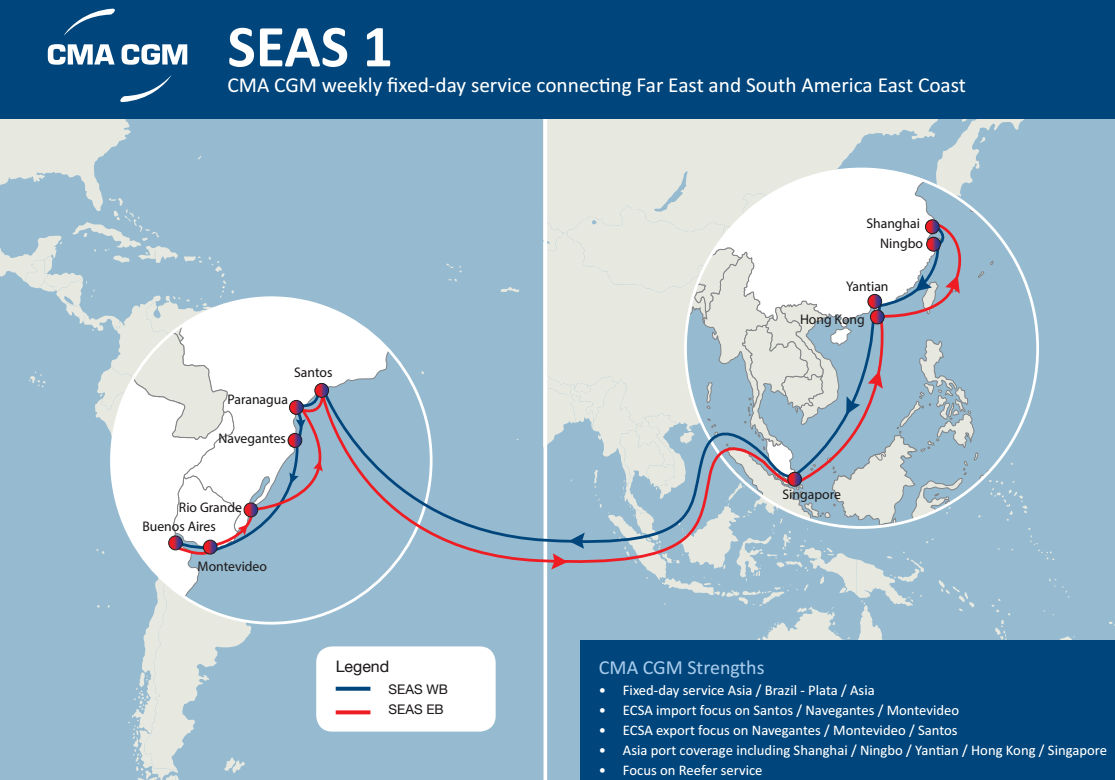 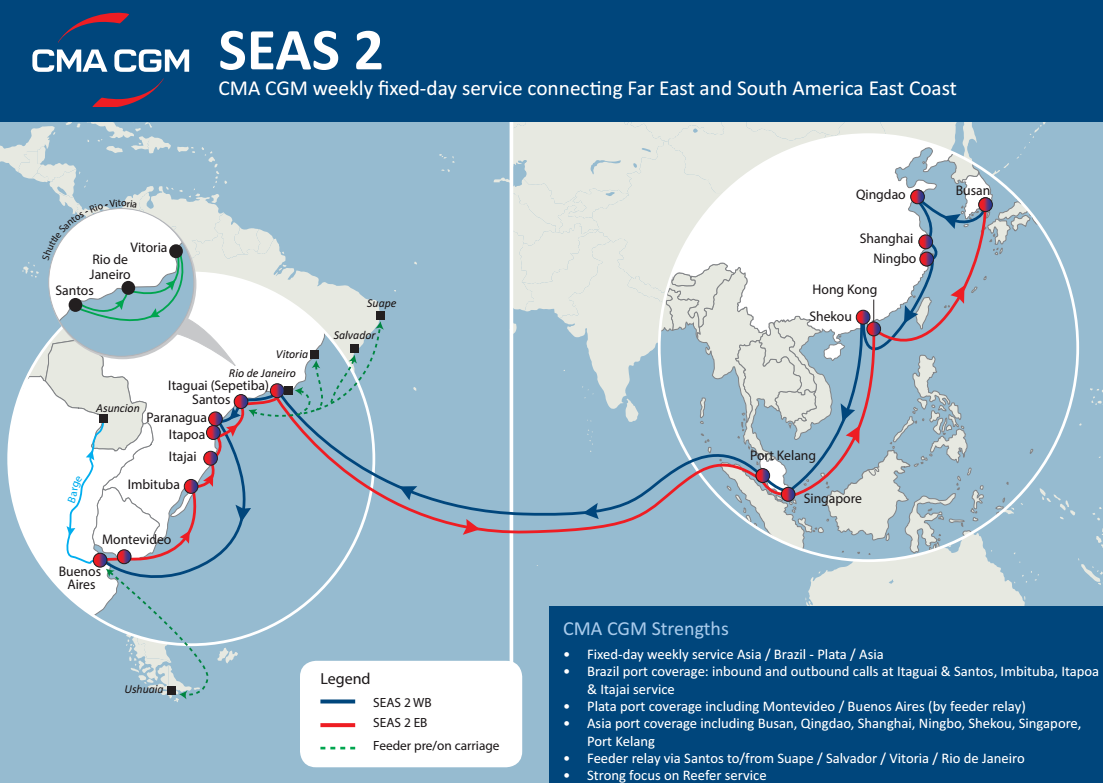 2. Focus on the route, the market benchmark, and MSK, MSC and ranked in the top three. Large market capacity, sufficient space.

4. Special cabinets and oversized and ultra-wide bulk cargoes are additionally received, and the ships are professionally equipped with booms and equipment.

Introduction to the major ports in South America

1. SANTOS in the state of San Paulo bears 1/3 of the national cargo volume.

2. Rio Janeiro, the capital of tourism, the second market. Six seaports, of which SEPETIBA is one.

3. Manaus, capital of the Brazilian state of Amazonas, located at the confluence of the Black and Solimões rivers (tributaries of the Amazon), with an area of 14,337 square kilometers and a population of 1,738,000 (2009), is the eighth most populous city in Brazil. Manaus is known as the "Heart of the Amazon" and the "City of Forests". Nokia, Sagem, Siemens and others have cell phone manufacturing plants in Manaus. The city's industries are mainly metallurgy, electronics and machinery. It is a free trade zone and the center of the electronics industry in Brazil. Most foreign manufacturers import spare parts from abroad and assemble them locally for sale in the Brazilian market or for re-export to the Latin American market. These products are considered to be made in Brazil and are exempt from import duties as long as they comply with the rules of origin. 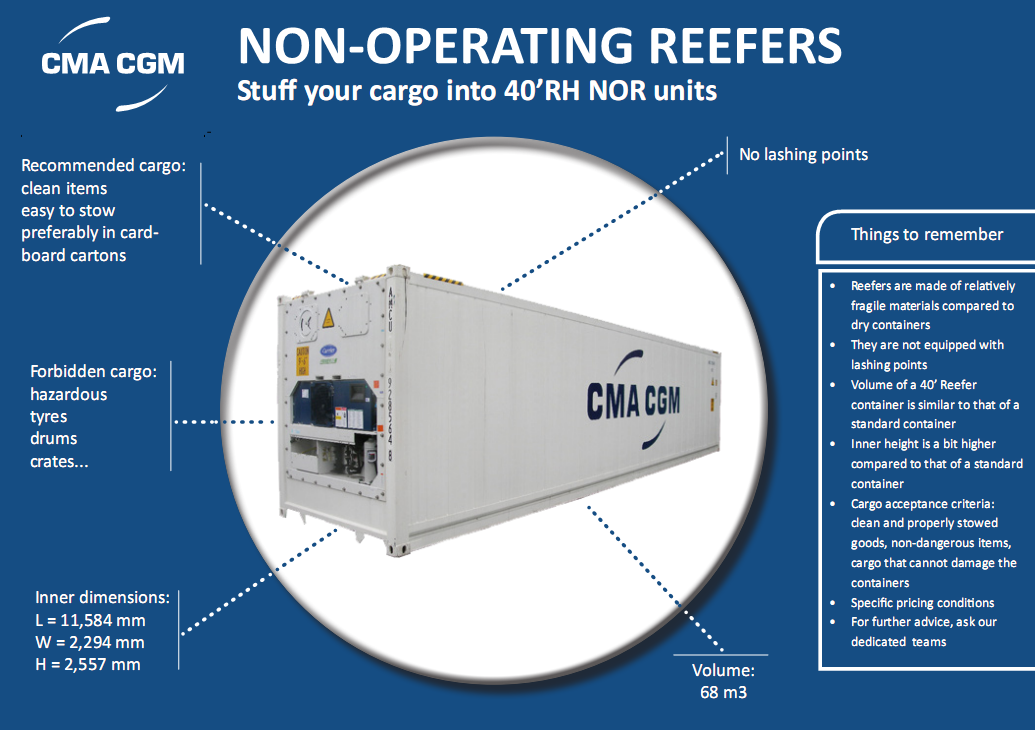