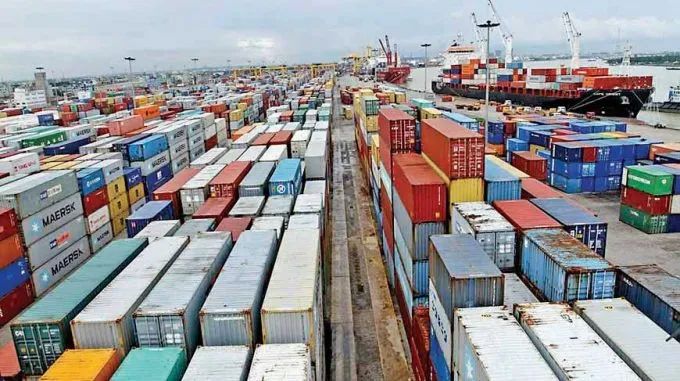 Containers and ships at the port of Chittagong will experience severe congestion as Bangladesh approaches its nine-day Hari Raya holiday on Friday. Some ships had been waiting at the port for 4 to 5 days before closing the port.

On the 25th, about 13 container ships were waiting at the outer anchorage, and the container capacity of each storage yard was about 49,018 TEU. At present, it has accommodated about 42,000 TEU, and the utilization rate of the storage yard has reached 85%.

Due to heavy traffic jams, the government has decided to ban trucks from transporting non-essential goods three days before Eid al-Fitr, the biggest religious holiday for the Muslim community. Almost all factories will be closed from April 29 and reopen on May 8, government officials said.

Chittagong port officials said that during the festive period, container unloading from ships will continue, except for Eid al-Fitr, which will have an eight-hour break. The port usually receives more than 4000TEU of cargo per day.

Shipping lines, however, are concerned that most shipments from port terminals will be suspended over the festive period with few truck drivers coming to work. Freight forwarders, shipping agents, bank managers and other stakeholders may also be out of contact.

Sources said the port yard could be full by then, resulting in a severe shortage of container unloading space, so that ships at anchorages outside the port will also line up. "Chittagong will face serious problems in the coming weeks," said a representative of the mainline operator.

Muntasir Rubayat, head of operations at GBX Logistics, said the congestion would depend on how many consignees picked up during the holiday period, explaining: "Not picking up boxes in time will have a knock-on effect."

Chittagong Port Authority (CPA) spokesman Omar Faruk said the port experiences the same situation every year as importers are reluctant to pick up boxes during the festive season. "We have urged all importers to pick up their shipments during the holiday period to help keep ports running."