Since the beginning of COVID-19, the ranking of liner companies has changed a lot, not only Mediterranean Shipping Company (MSC) has replaced Maersk as " World's Largest Container Line", but also 4 container liner companies from China have reached the global TOP50.

In its latest report, Sea-Intelligence has mapped which carriers have risen in the rankings over the past two-and-a-half years, and how these carriers are trying to break free from the charter market during the current sky-high price market.

CU Lines wasn't even in the top 100 before COVID-19 started, but it now operates a fleet of 82,070 teu, making it the 23rd largest shipping company in the world. 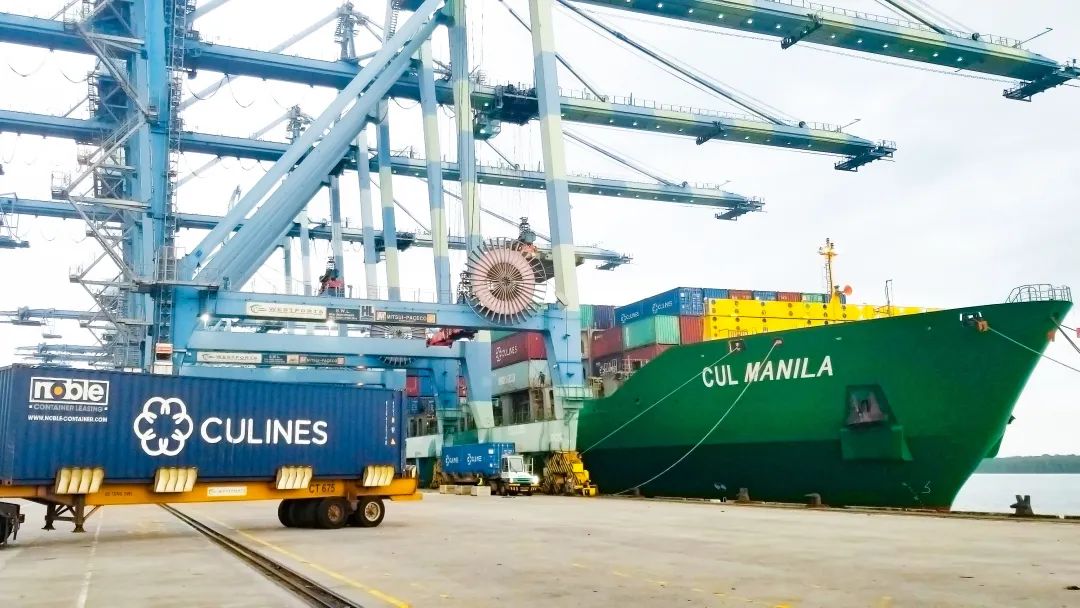 Likewise, Hong Kong-registered BAL jumped from outside 100 to 46th, two places behind another new entrant, Transfar, which has strong ties to China's largest online retailer Alibaba, in the latest shipping company ranked 44th in the ranking;

Meanwhile, Shanghai Jin Jiang's fleet has grown by 124% over the same period and is now ranked 38th in the top 50 lineup. 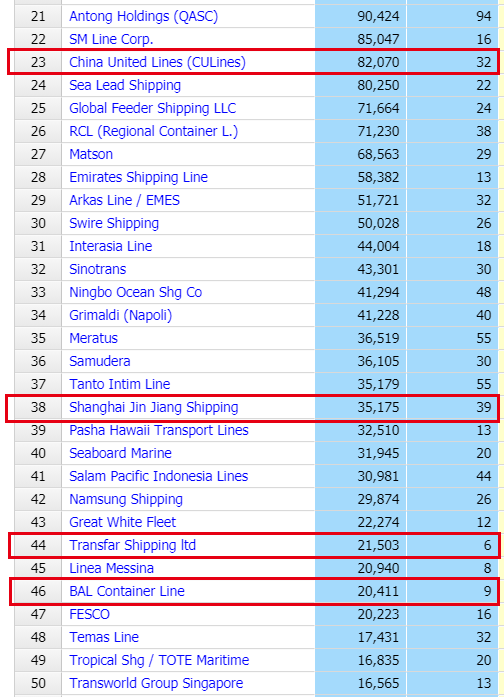 With the exception of COSCO, most shipping companies have stopped doing business with Russia since the war with Ukraine began, but FESCO has managed to maintain its size despite sanctions over the past four months.

Also notable among the changes in the ranking of the biggest liners during the Covid-19 pandemic are the disappearance of three well-known shipping companies - NileDutch, which was acquired by Hapag-Lloyd; Heung-A, which merged into Sinokor, and is now part of Unifeeder Transworld Feeders.

Sea-Intelligence also looked at how shipping companies turned to own tonnage instead of chartered tonnage during the pandemic. Fleet charter rates are falling for the vast majority of shipping lines.

"This is likely to be a clear reflection of the tight container market, leading carriers to try to exercise more control over their fleets in a market where charter rates are still astronomical," Sea-Intelligence noted.