Due to the leakage of dangerous goods, expressways to areas of Amazon's ONT8, ONT9, XLX2, SBD3 warehouses have been blocked. Authorities were conducting a large-scale investigation near Perris in Riverside County early Friday morning. Earlier, a chemical leak occurred in a train fuel tank, and it was determined that the chemicals in the train's loading tank were overheated and could explode at any time. Local residents were forced to evacuate, and the expressway was closed in both directions. 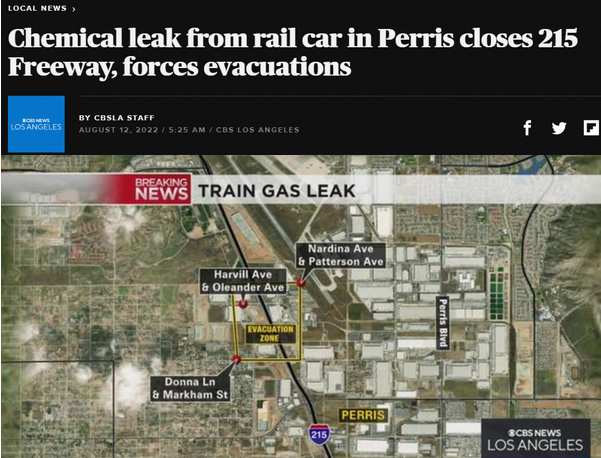 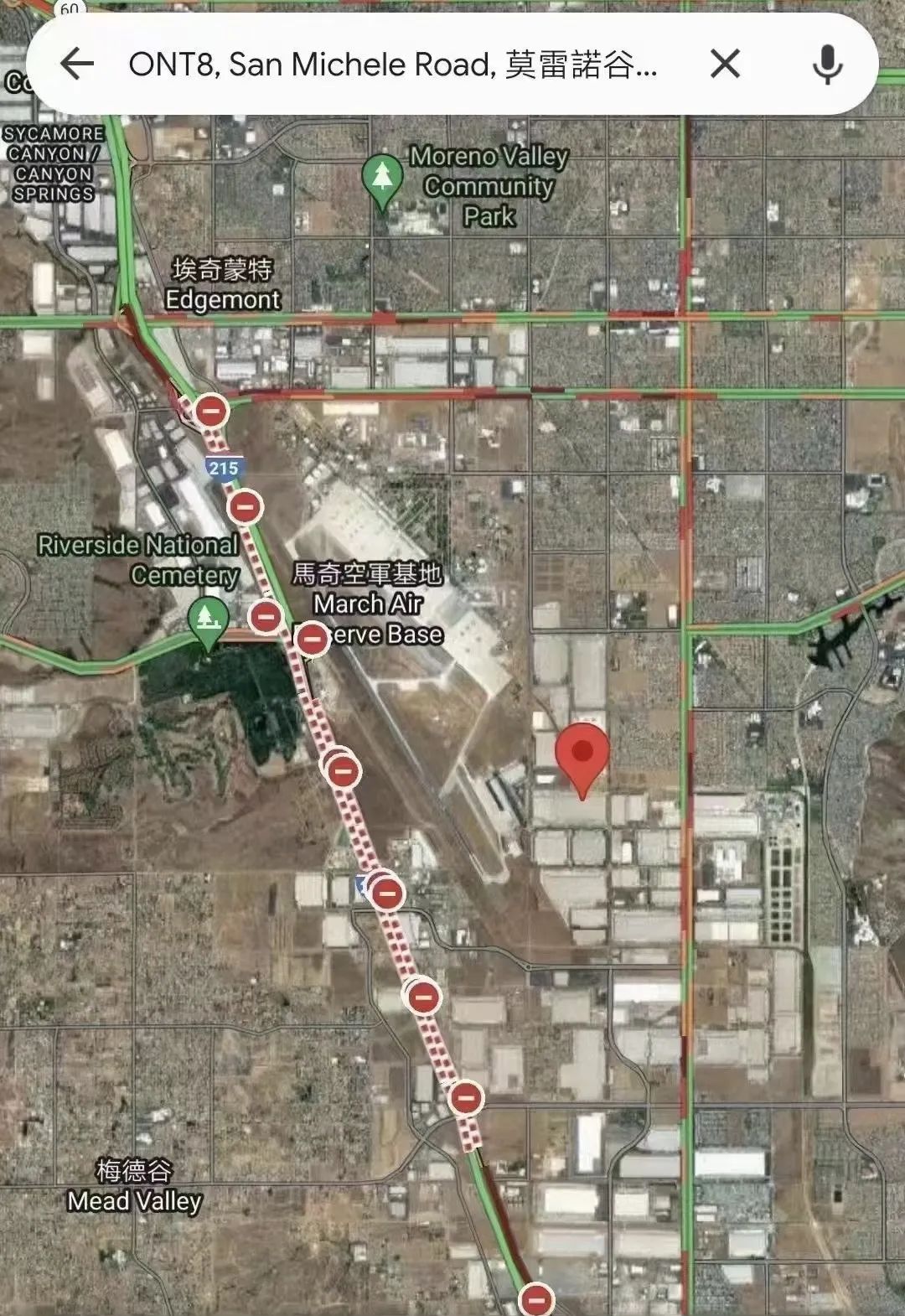 215 Freeway near Riverside County is being evacuated. ONT8, ONT9, XLX2, SBD3 are closed urgently. The recovery time is to be announced. Appointments have been cancelled one after another this week, and warehousing will not be possible in the next few days. The warehousing of goods will be delayed. Reopen time. If the warehouse is restored, further notice! 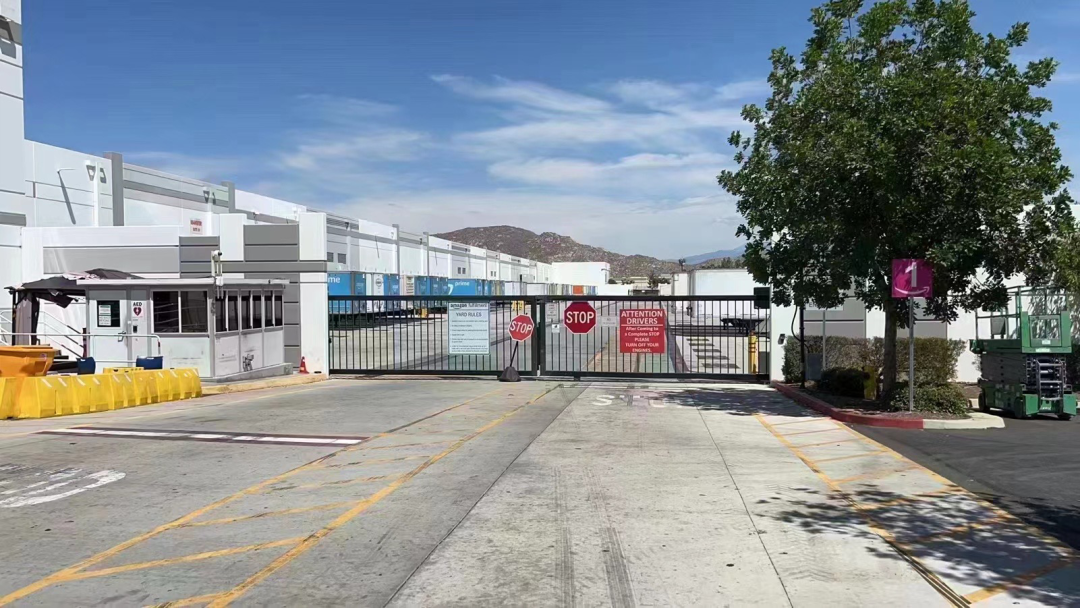 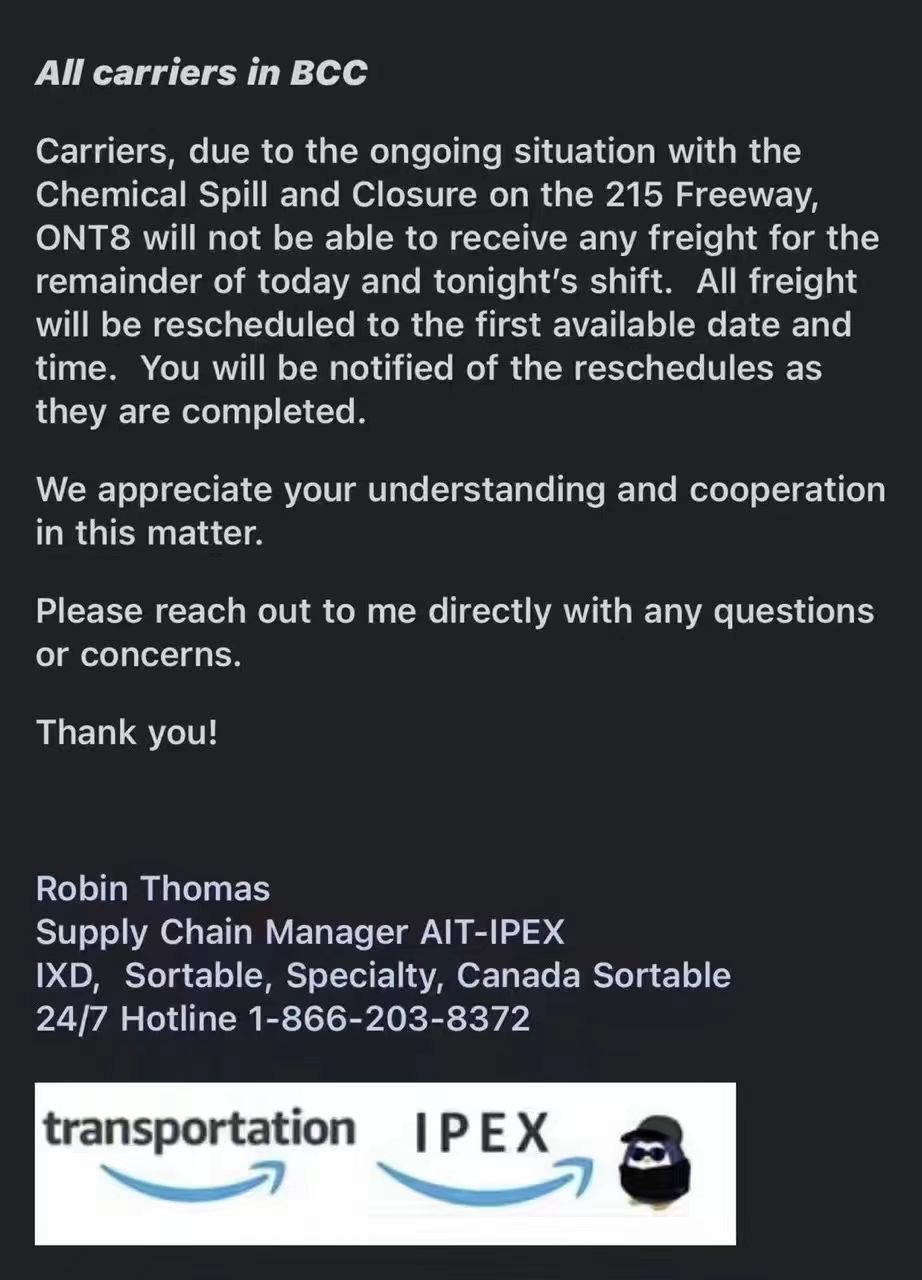 Customers who are about to deliver goods to Amazon in the near future, pay attention to follow up the back-end situation, restart the appointment time and wait for the official notification from Amazon.

It is reported that even if everything goes smoothly, it is expected that the follow-up processing will take at least 2-3 days. Cross-border e-commerce sellers who have recently shipped goods to Amazon's ONT8, ONT9, XLX2, SBD3 and other warehouses via the 215 expressway should pay special attention to the impact of this dangerous goods leakage and road closure accident, and be prepared for delays and remediation!

At a news conference Friday morning, authorities revealed that the leaked chemical was styrene, a chemical often used to make foam products, latex and synthetic rubber. The leaked storage tank contained about 1,000 pounds of chemicals. 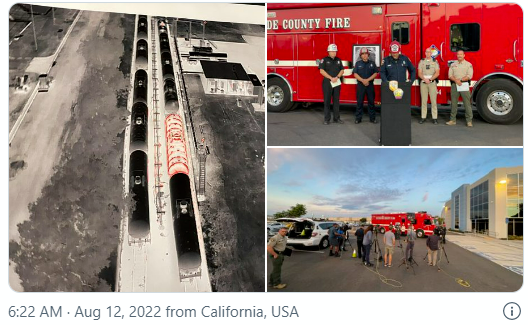 Due to the extremely high temperature of the jars, which are monitored only by drones, the crew has not yet approached the jars. Styrene is generally stored at lower temperatures, and as of Friday, the temperature of the material inside the tank had exceeded 300 degrees Fahrenheit. Typically, this material will stay around 85 degrees Fahrenheit. Investigators estimate the situation could continue for three days. More than 170 households in Perris were under evacuation orders.

215 Freeway is also closed in both directions. Both sides of 215 Freeway are also completely closed from Van Buren Avenue to the Ramona Expressway. It's unclear how long the shutdown will last. It is understood Metrolink rail services to Perris were also affected by the leak and were unable to pass through the evacuation zone. 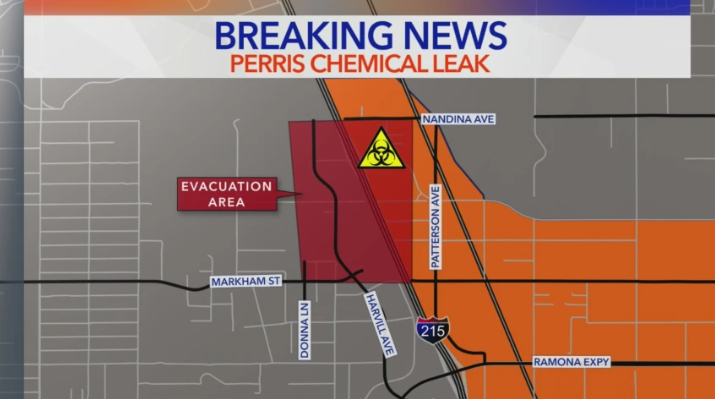 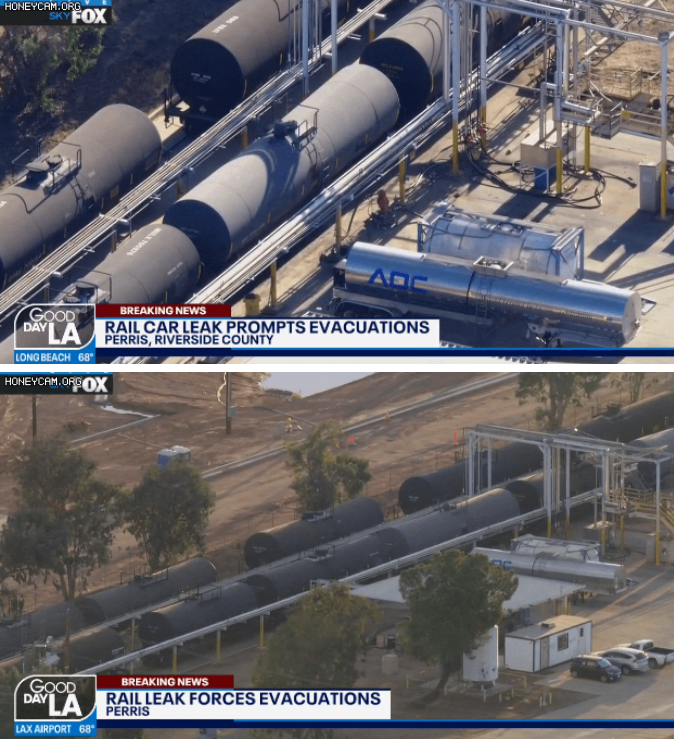 Things are further complicated by the extremely high temperatures in the region. "That means some kind of potentially violent explosion," Cal Fire Chief John Crater said. "We're still in a very critical situation."

Riverside County Fire Chief Oscar Torres said the temperature had dropped slightly to 304 degrees Fahrenheit. The heat on the train remained high and the fire department was unable to take any mitigation measures. "It's too dangerous to get close to it," Torres said. Authorities believe the situation could take two or three days to resolve unless an explosion occurs.