At around 9:30 p.m. local time on Saturday (June 4), a fire broke out in a container warehouse covering an area of about 30 ares and containing 4,000 containers near Chittagong Port in southern Bangladesh, causing an explosion of containers containing chemicals. It spread rapidly, killing at least 49 people and injuring more than 300 people. The fire was not under control until the morning of the 5th, but there were still sporadic fires. The warehouse holds containers of clothing worth millions of dollars, ready to be exported to Western retailers. Between 1,000 and 1,300 full containers were burned or damaged as a result of the accident.

Fire official Jalal Ahmed said the fire broke out at the BM Container Depot Ltd (BM Container Depot Ltd) in Sitakunda, about 20 kilometers from the main port of Chittagong. An hour after the fire broke out, there was a huge explosion at the scene - a chain explosion of several containers containing chemical products. Until the morning of the 5th, emergency personnel were still trying to put out the fire, and military doctors had been dispatched to assist in the treatment.

BM Container Depot Ltd is a Dutch-Bangladesh joint venture Inland Container Depot (ICD) located in Sitakunda, Chittagong area, Bangladesh. It started operation in early May 2011 as a bonded area for import and export container cargo loading and unloading. 20 kilometers from Chittagong Port, it has various modern facilities for storing import and export cargo and empty/laden containers.

The shipping companies that the yard cooperates with are: Maersk, APL, Hapag-Lloyd, OOCL, ONE, CMA CGM.

At the time of the incident, Fire Chief Main Uddin said the warehouse was storing container cargo containing hydrogen peroxide, a chemical with a variety of industrial uses. "We still cannot control the fire because of the presence of this chemical." He added that the army announced that 250 soldiers were being dispatched to assist in rescue operations, including stacking sandbags to prevent chemicals from spilling into the sea. 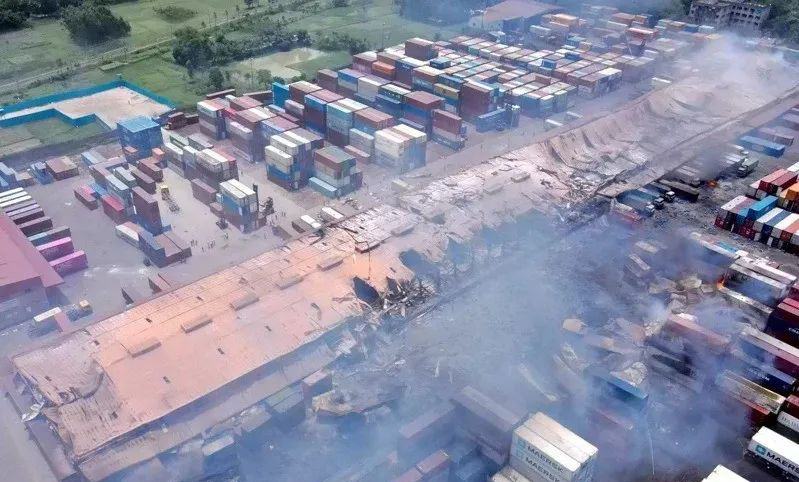 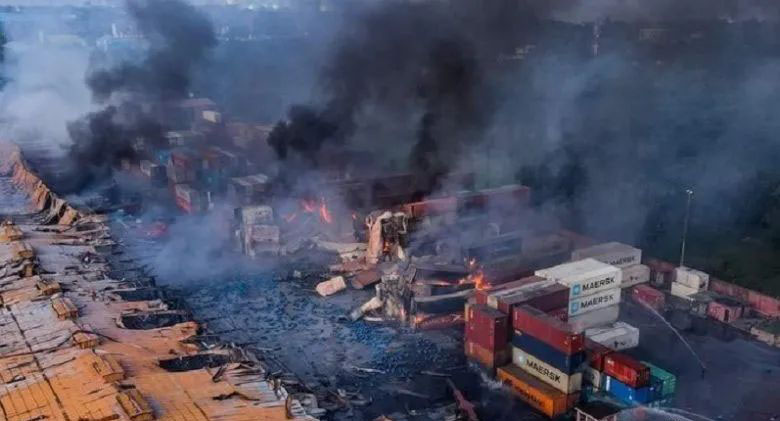 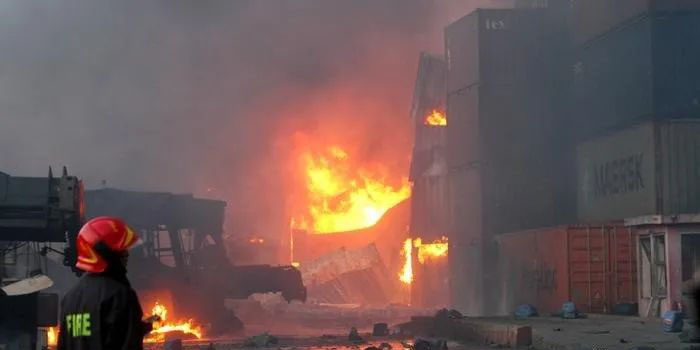 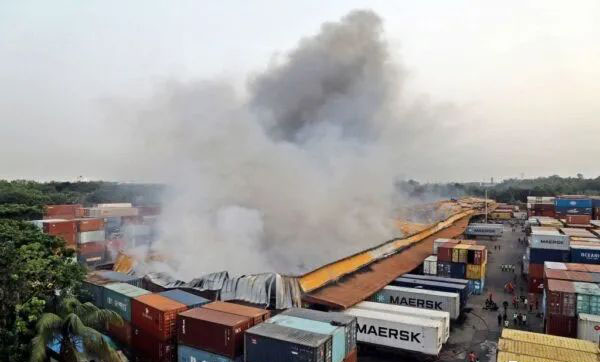 District Chief Medical Officer Elias Chowdhury said earlier that the death toll had climbed to 34, including at least five firefighters. More than 300 people were injured, including at least 40 firefighters and 10 police officers. About 20 people are in critical condition, with burns covering 60 to 90 percent of their bodies, and the death toll could climb as rescue operations have not yet been completed.

"There are still eight to ten bodies in the blast area affected by the fire," a rescue worker told the media. At least seven firefighters were killed and four were missing, fire department official Rezul Karim said. Fire officials said they suspected the fire may have come from a container containing hydrogen peroxide and quickly spread to other containers. According to witnesses, the huge explosion shook buildings several kilometers away.

"A cylinder flew about half a kilometer from the fire scene and landed in our little pond," said 60-year-old grocer Mohgammad Ali.

According to the latest news from Elias Chowdhury quoted by Al Jazeera, the fire killed at least 49 people and injured more than 300. He added that more than 300 people were injured in the blaze and subsequent explosion. 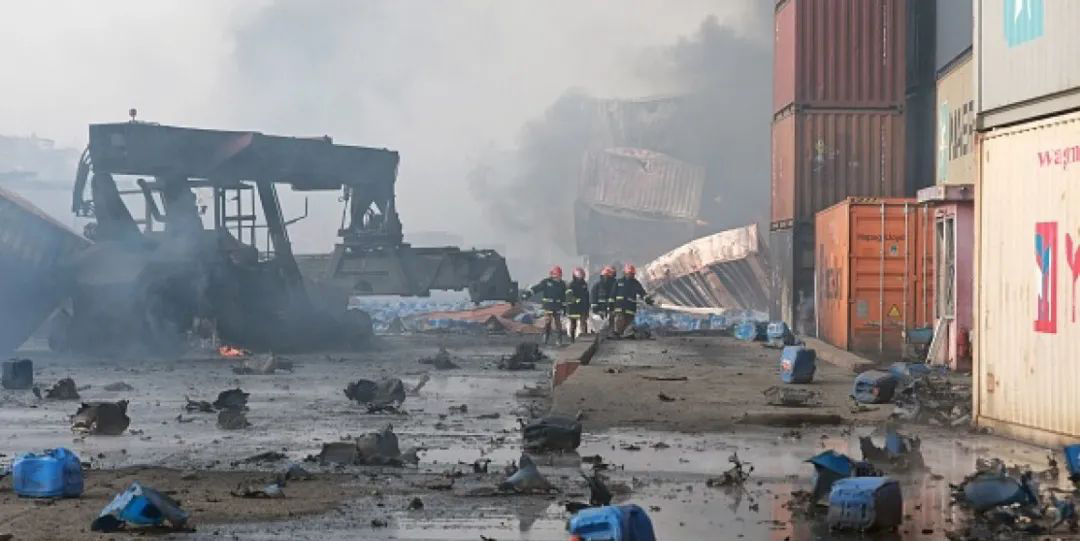 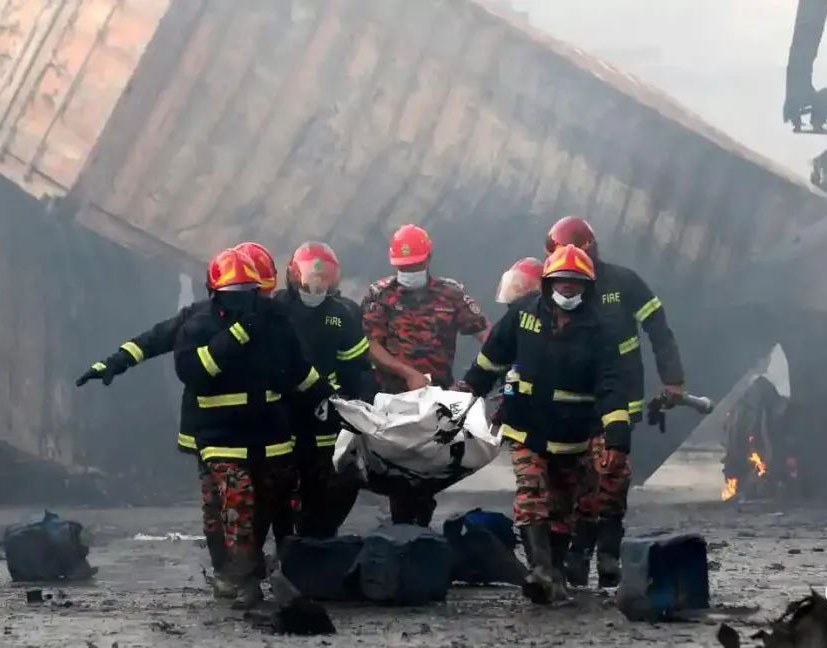 Bangladesh Inland Container Association (BICA) spokesman Ruhul Amin Sikder said the private container warehouse covers an area of 30 ares, some of which contain chemicals, including hydrogen peroxide. Between 1,000 and 1,300 full containers were burned or destroyed as a result of the accident. The damage from the fire is estimated to be as high as $100 million.

The warehouse employs about 600 people, said Mujibur Rahman, director of BM Container Depot. The cause of the fire is still unclear.

About 90 percent of Bangladesh's annual trade of about $100 billion passes through Chittagong. The main port has gradually resumed operations since the end of last year as the global economy recovers from the pandemic. Due to low safety standards and loose law enforcement in Bangladesh, fire accidents have occurred from time to time; in July 2021, a fire broke out in a large food processing factory on the outskirts of the capital Dhaka, killing 54 people. In February 2020, another fire in Dhaka destroyed several apartment buildings and killed 70 people.