Latest News: Authorities say the death toll has reached 49, but is expected to rise, with many injured in critical condition (other sources say the death toll has been revised downward from 49 to 41 due to an error in the count). The explosion was as powerful as the Beirut port explosion. About 800 export containers with garments and 500 import containers were damaged.

Mislabeling of chemicals in warehouse leads to misjudgment by firefighters

Bangladeshi officials say the deadly blaze was exacerbated by a mislabeling of chemicals by the operator of a port container warehouse, which led to a miscalculation by firefighters that caused the chemicals to explode, according to a new BBC report.

Hundreds of firefighters, police and volunteers quickly rushed to the scene after the incident to put out the fire. As they were extinguishing the blaze, a huge explosion shook the scene, a chain of several containers containing chemical products exploded, engulfing many rescuers in flames and throwing large amounts of debris and people into the air.

The explosion was so loud that it could be heard several kilometers away, and the windows of nearby buildings were shattered. A local store owner said he saw "fireballs falling like rain" after the explosion, and pieces of an unidentified object flew half a kilometer and landed in a pond in his backyard.

Local fire department assistant chief Mutsuedi said firefighters entered the warehouse that night and doused the container of hydrogen peroxide with water because of misinformation, which then triggered an even more violent explosive reaction that caused "a container to fly more than 500 feet.

He said, "The hydrogen peroxide was mislabeled, and if we had known that, we never would have poured water on it!"

As of the evening of the 6th, the fire had not been fully contained and some of the containers were still burning. 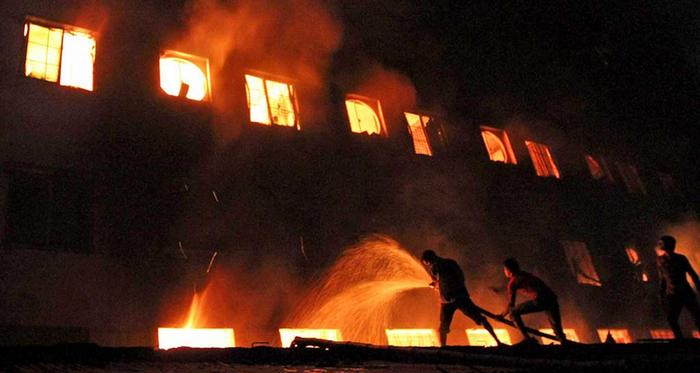 According to other sources, the fire at the BM container yard was caused by the authorities' failure to comply with international safety guidelines and conceal information about the storage of highly flammable substances in the warehouse.

It is understood that Al-Razi Chemical Complex Ltd, a factory that manufactures the flammable chemical hydrogen peroxide, had warehouses at the BM container yard and stored hazardous materials there without any safety measures in place for export to Cambodia.

According to an investigation by The Business Standard Bangladesh, about 850 tons of hydrogen peroxide produced by Al-Razi Chemical Complex was shipped to the warehouse between June 1-2.

Bangladesh exported $13.9 million worth of hydrogen peroxide in 2020, according to data from the Observatory of the Economy (OEC). The country ranks 17th in global exports of chemicals, mainly used for bleaching and disinfection in the textile, paper and pulp industries.

Chittagong Port Fire Department official Purnachandra Mutsuddi said the yard had "no fire safety plan" and lacked fire-fighting equipment to put out the blaze in time before it spread rapidly.

He said: "The yard also did not tell us that there were containers with these chemicals in the warehouse. The number of casualties would have been much less if they had been informed." 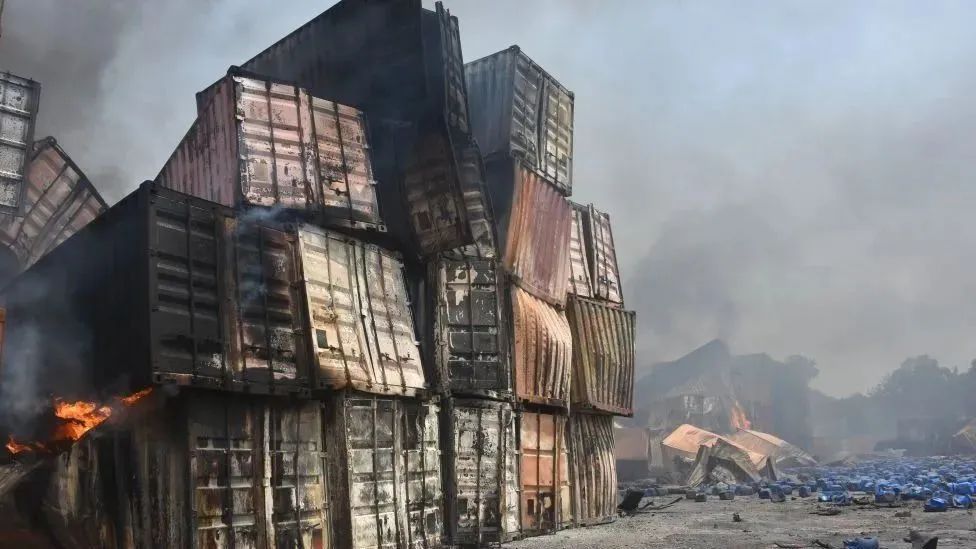 Bangladesh Inland Container Depot Association (BICDA) Secretary General Ruhul Amin Sikder said the explosion was no less than the big one in Beirut port in Lebanon in 2020, when about 2,750 tons of ammonium nitrate exploded in the port.

"As far as we know, the BM yard follows the usual operational procedures in handling hydrogen peroxide, but what is incomprehensible is that fires and explosions do happen."

The agencies concerned estimate that the economic damage caused by the accident will probably exceed $110 million. 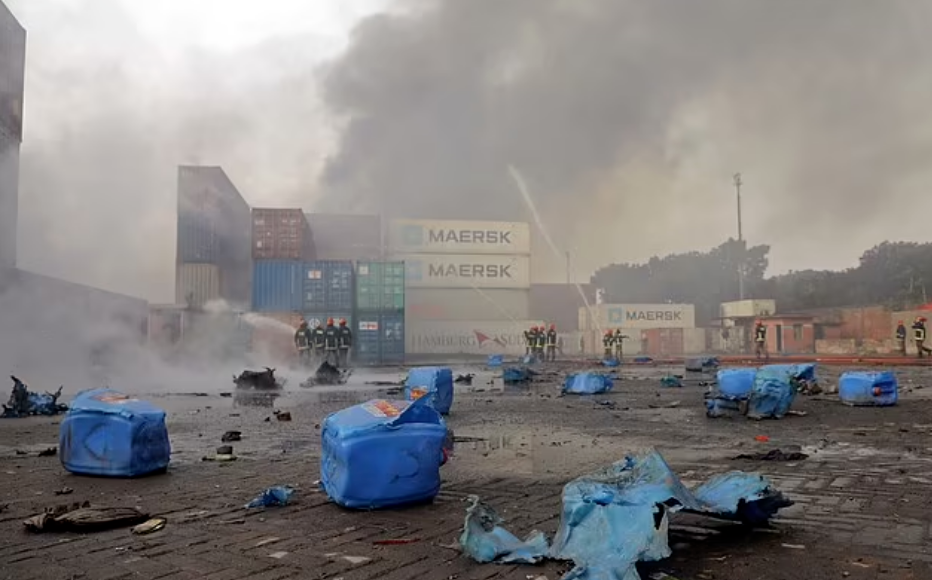 Customs officials said there were about 3,000 containers in the warehouse when the fire broke out. Among them, 33 containers contained hydrogen peroxide, and the fire triggered a huge explosion and spread quickly.

Bangladesh is known to be a major supplier of garments to the West and has boomed in the past decade to become the world's second largest exporter of garments, with garment exports being one of the country's main foreign exchange earners. However, local safety regulations are often ignored or poorly enforced, and fires and other safety incidents have occurred in several factories in recent years.

On June 5, the local Dhaka Tribune published a list of 12 major industrial disasters - including fires, building collapses and chemical spills - that have killed more than 1,000 people since 2005.