Economists have warned that Argentina is getting closer to hyperinflation, estimating that prices will rise by more than 90% by the end of the year. 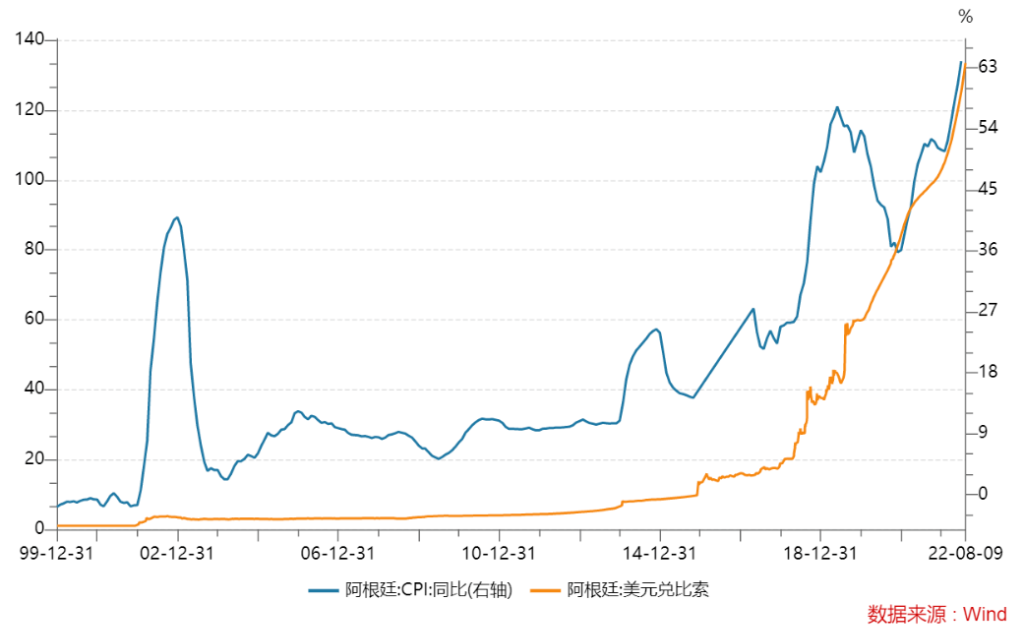 It is worth mentioning that, according to the latest ranking of countries with the highest default risk released by the foreign data website visual capitalist, Argentina ranks seventh. 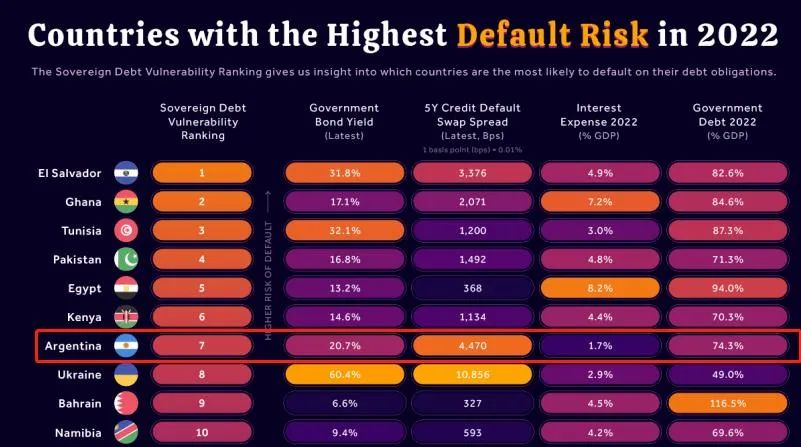 With the whole country in debt, Argentina is like a volcano about to erupt, and there will be thunderstorms at any time!

In an effort to curb hyperinflation and the sharp devaluation of the peso, Argentina has also restricted imports in the following ways.

Previously, the Argentine Central Bank issued Announcement No. A7532 to adjust the regulations of the foreign trade payment system to meet the country's foreign exchange demand for additional energy imports, maintain economic growth and the development of small and medium-sized enterprises, and avoid speculative operations by importers.

At the same time, in order to buy more time for the normalization of Argentina's foreign trade, the central bank expanded the import foreign exchange control measures to the import financing system for services and non-automatic license products for a period of three months to September 30 this year.

In fact, starting from 2021, Argentina has tightened controls on capital and foreign trade in order to further stabilize the value of the peso.

Previously, the Argentine government allocated an advance payment limit to each importer, that is, the amount the importer could pay for the goods before the goods entered Argentina.

As Argentina's currency crisis worsens, the Argentine government has lowered the prepayment quota allocated to each company from $1 million to $250,000 a year ahead of legislative elections in mid-November 2021.

According to local regulations, Argentine importers must apply to the Argentine government for an import license before the goods are imported into Argentina.

SIMI is the abbreviation of Argentina Import Monitoring Integrated System. Importers apply for an import license through the SIMI system, and can understand the approval progress of the import license in real time and obtain the corresponding license.

Goods cleared first and then paid

Argentine importers can only apply for payment authorization from the bank after the goods have been cleared through customs and the corresponding documents such as customs clearance certificates have been submitted to the bank.

From October 5, 2021, the Argentine government issued new regulations on central bank foreign exchange management to limit the outflow of US dollars from the country.

Under this regulation, all remittances by Argentine companies abroad will be strictly regulated by the Central Bank. Every payment made by an importer abroad needs to be submitted to the Argentine Central Bank for approval. Without approval, the importer cannot pay for the goods.

Payment only be made after 180 days of import customs clearance

In order to control the foreign exchange losses caused by the continuous growth of imports, the Central Bank of Argentina (BCRA) issued Announcement No. A7466 on March 3, 2022, and will be involved in the application process of the Integrated Import Monitoring System (SIMI) from March 4 to this year New foreign exchange measures will be adopted by the end of the year. 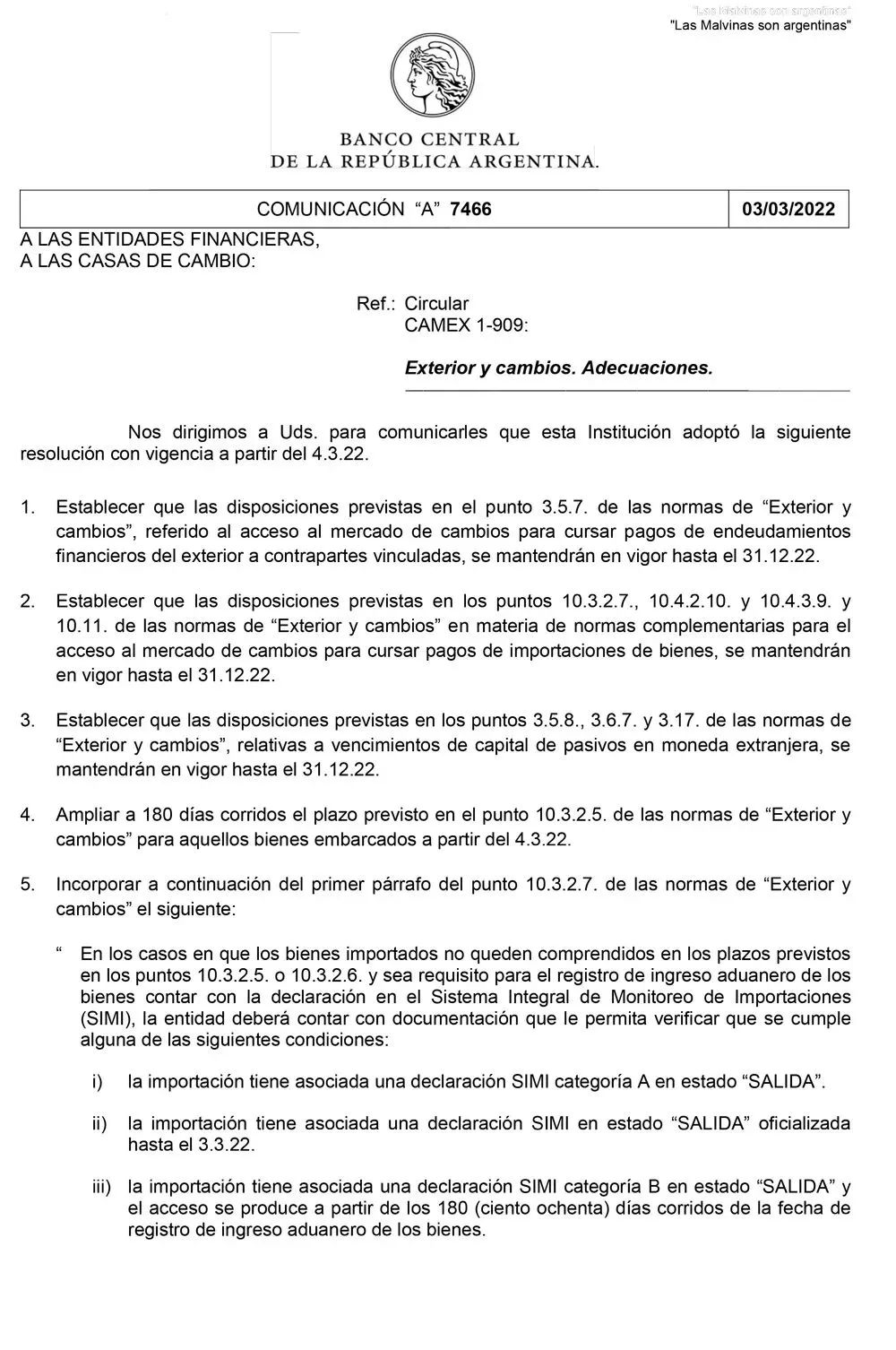 Recently, the director of Argentina's General Administration of Customs said that Argentina's customs rectified import and export trade violations. The first round of rectification operations involved 13,640 businesses and 722 companies, with a total FOB value of about 1.25 billion US dollars.

The rectification action mainly involves falsely reporting the price of goods in import and export trade. Argentina's new Minister of Economy said that relevant companies will be given 60 days to rectify, re-register relevant information, and start a foreign trade traceability system to improve the transparency of capital flows.

At present, two companies in Argentina invoking 800% higher invoices for import business in order to obtain foreign exchange of official value are being prosecuted by the General Administration of Customs of Argentina to the Economic and Criminal Justice Department.

According to the Argentine General Administration of Customs, the two accused companies imported PC boards and masks from China for mining cryptocurrencies. According to preliminary estimates, the high invoicing amount is close to $4 million.

The director of Argentina's General Administration of Customs said that in addition to handling cases on a case-by-case basis, early warnings will be strengthened for such behaviors in the future to prevent the outflow of US dollars through similar channels.