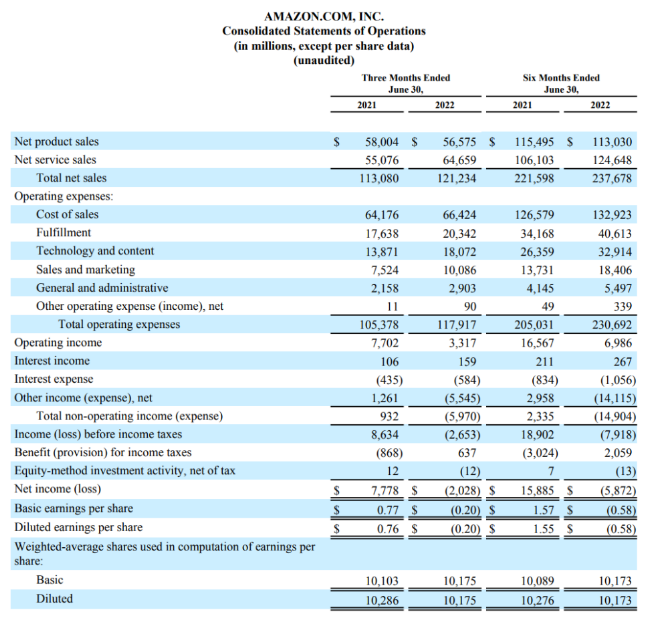 Continued to increase investment in AWS 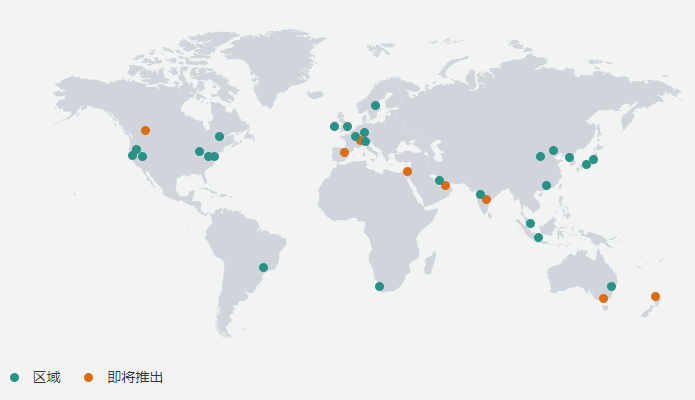 Amazon CFO Brian Olsavsky also stressed in response to investor questions that it will continue to increase its staff in this area in the future, including product engineers, sales staff, customer service staff, etc. The company believes there is a huge opportunity behind AWS, which is still in the early stages of being accepted by the market. So far, the feedback from users is good, which gives them confidence to continue to increase their investment in AWS.

While the e-commerce boom is receding, U.S. retail media advertising is booming and has become a key driver of revenue growth for retailers. Amazon's Q2 ad revenue was $8.7 billion, up 18 percent from a year ago. This makes Amazon the third largest digital advertising platform in the U.S., behind Google and Facebook. amazon forecasts full-year advertising revenue of $40 billion in 2022. This compares to $31 billion in advertising revenue for Amazon in 2021.

Amazon has been increasing its investment and expanding the variety of products covered by advertising. Dave Fildes, Amazon's director of investor relations, said Amazon's advertising focus is on creating engaging advertising experiences. So last year it introduced interactive ads for some streaming platforms, such as Amazon Freevee, and also introduced audio ads on Amazon Music. In the future, it will continue to work deeply with partners to build Amazon advertising products using Amazon's technical capabilities. 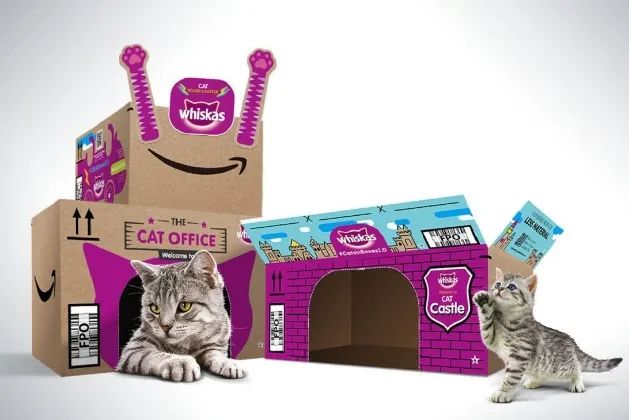 Earnings data showed that Amazon's own sales were $50.9 billion, representing about 42% of its overall net sales ($121.2 billion), which is an all-time low according to data tracked by GeekWire. Meanwhile, Amazon's third-party sellers accounted for 57 percent of sales. That's an all-time high, Amazon's chief financial officer said. 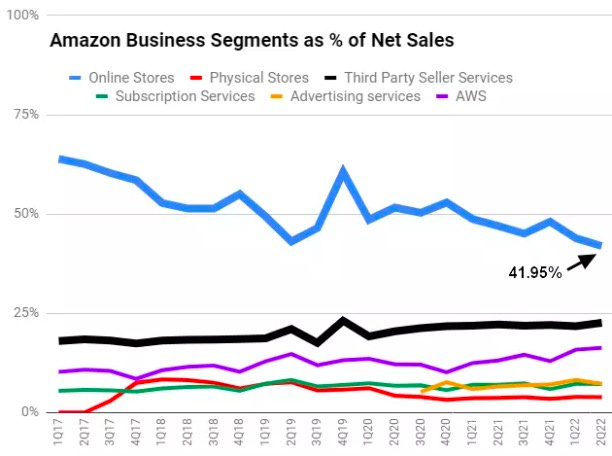 In a related trend, Amazon's revenue from third-party seller services (including the sales commissions Amazon receives from third-party sellers, as well as fees for logistics and warehousing) was $27.4 billion, a record for a non-holiday quarter. While Amazon's online retail sales have been on a downward trend for two consecutive quarters, Amazon is working to make up for the decline in its online sales by charging fees to Prime members and third-party sellers.

Recently, Amazon also announced a cut in its own brand product line. With this initiative, Amazon's share of self-owned will continue to decline in the future, and platform resources are expected to tilt more toward third-party sellers, who will enjoy more and more convenient service tools and policies, but with that, the fees Amazon charges third-party sellers will also continue to rise.

The theme of expansion that never fades

The e-commerce dividend caused by the epidemic is fading and consumer spending power is limited by high global inflation. The downward trend in Amazon's online retail sales is more a reflection of the slowing growth of the retail market. In order to ease the pressure on revenue and cope with a more difficult economic environment, Amazon on the one hand, continue to optimize costs, only in terms of labor costs, Amazon in the second quarter, a net reduction of 99,000 employees, a drop of more than 6%, is by far the company's largest single-quarter layoffs; on the other hand, continue their own pace of expansion, involved in more countries and emerging markets, layout of non-Amazon online shopping platform.

Amazon has never stopped investing in international markets, and the investment initiatives are diverse. In newly launched countries, such as India, Brazil and the Middle East, Amazon's business is still in its infancy, and also targeted to propose such measures as joining hands with the government to help companies develop their online business; introducing installment plans for local users. In addition, through video content (Prime Video, etc.), it has also adapted to local culture to attract local groups to join Prime membership; it has also established payment models, created third-party transportation systems, and even invested in the construction of Internet and telecommunications infrastructure in accordance with local infrastructure structures. In terms of network platform, we have to mention the "Buy with Prime" service, which is currently limited to U.S. Prime members who purchase goods from non-Amazon.com merchants, people can get free shipping, hassle-free checkout, free returns on eligible orders, etc. Currently, the service is limited to the opening of the FBA Amazon plans to gradually invite more merchants to participate in this year, with a good reputation of Amazon third-party sellers, and continue to expand the coverage of the service. 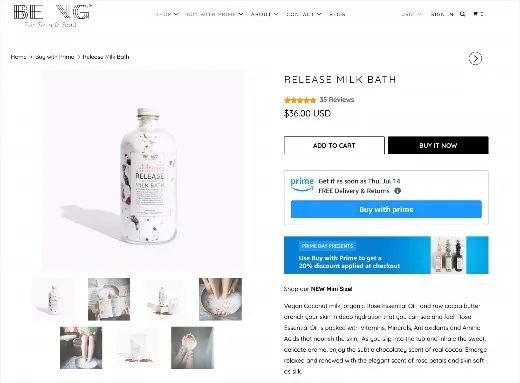 The eternal problem of logistics security

Amazon is a classic case of implementing an expansionary strategy, focusing on issues such as investment structure and market share on the one hand, and continuing to focus on the quality of products and services to provide important guarantees for expansion on the other, most typically Amazon's attention to logistics security.

From the earnings data, the second quarter, Amazon's net loss of $ 2 billion, which is the company's two consecutive quarterly losses, while the same period last year net profit of $ 7.8 billion; diluted loss per share of $ 0.2, while the same period last year earnings per share of $ 0.76. Market analysis suggests that the loss was mainly caused by Amazon's investment in Rivian.

Rivian is an American electric vehicle manufacturer and automotive technology company whose main products include sport utility vehicles, pickup trucks and electric vans. The company went public in November last year, when Amazon's stake in Rivian had been valued at $27 billion. But so far this year, Rivian's market value has evaporated by three-fourths. Currently, Amazon's stake in Rivian is valued at about $5 billion. 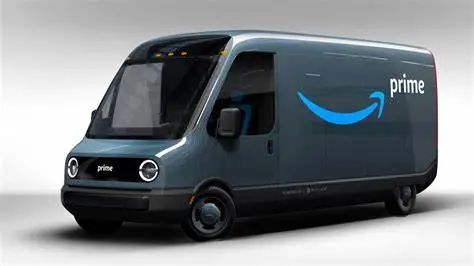 Amazon said it will launch a series of electric delivery vans developed in partnership with Rivian and expects to have thousands of Rivian vans in more than 100 cities across the U.S. by the end of 2022, with 100,000 on the road by 2030.

In addition to electric delivery vans, Amazon is investing heavily in logistics infrastructure. According to reports, Amazon plans to open another 250 logistics infrastructure of different sizes in 2022, including huge distribution centers, small pick-up stations covering less than 100,000 square feet, etc.. All of these facilities will speed up the delivery of Amazon orders and deliver goods to customers as quickly as possible.

Amazon CFO Brian Olsavsky said that distribution and transportation has been the focus of Amazon's investment, and a large portion of the funds will be invested every year. It is estimated that about 40% of this year's funds are used to enhance warehouse capacity and improve transportation efficiency, and the positive impact of these investments will gradually begin to emerge after 2023.

Delivery time is increasingly becoming a major competitiveness, in addition to Amazon, many other e-commerce platforms and logistics providers in the industry, but also for logistics security efforts. USPS to buy electric trucks to update the delivery fleet; Speedy to expand the network of pick-up points to shorten the delivery time of orders; Shopee new distribution centers to improve delivery time; UPS to open new routes to expand the scope of operations ...... Above, we have broadly introduced the future direction of Amazon's key layout, which also fits with the dynamic of Amazon in recent years. Amazon will not stop the pace of expansion, whether it is emerging markets or other e-commerce platforms, new entry when Amazon will also provide sellers and buyers with more substantial discounts, you sellers may try to follow the layout.

At the same time, third-party sellers enjoy better service at the same time, will inevitably provide more "income" to Amazon, which will also become an extremely important source of income after Amazon cut its own brand, after all, the mature market Prime members have gradually entered the "increase can not increase "stage.

In addition, the product and service is the enduring topic, is to create a competitive advantage of the core power. In particular, consumer demand is increasingly "strict" today, on the one hand to ensure product quality, on the other hand, they are increasingly fast delivery requirements, sellers also want to ensure that the inventory is abundant, lightning delivery every second.