According to the latest capacity data from Alphaliner, as of October 4, 2022, the top 10 global liner shipping companies' capacity remained unchanged from the previous month, with a total of 6,463 container vessels currently in operation worldwide and total capacity increasing to 2,604,343,000 TEUs, equivalent to 311,011,061 million dwt. 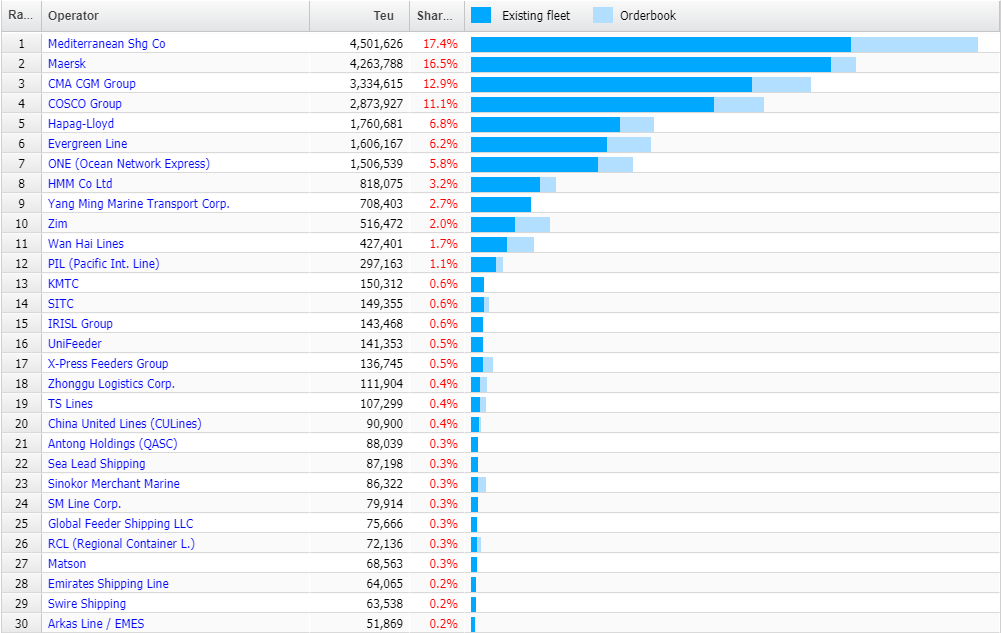 According to the statistics, the capacity of the top 20 container liner companies accounted for 93.1% of the total global capacity.

It is worth noting that CULines was ranked 20th for the first time among the top 20 liner companies in the world, with a capacity of 90,900 TEU and a total of 35 vessels in operation, of which 8 are owned and 27 are chartered. SM Lines dropped out of the top 20, ranking 24th. 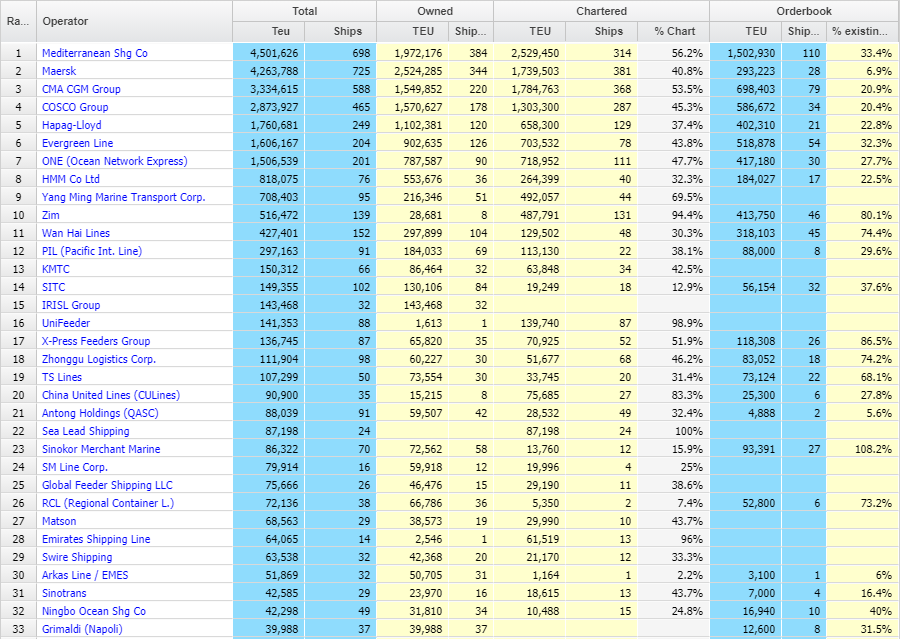 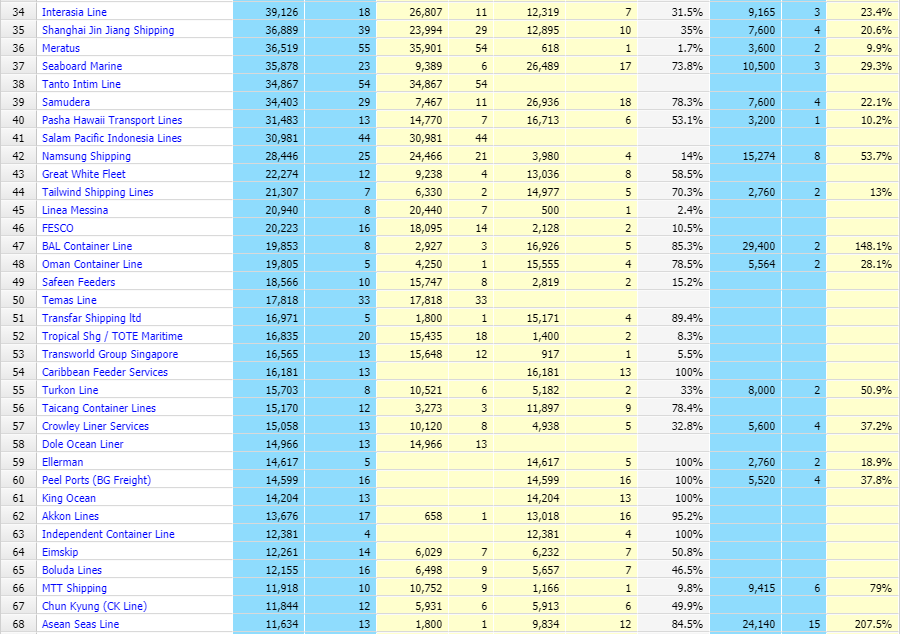 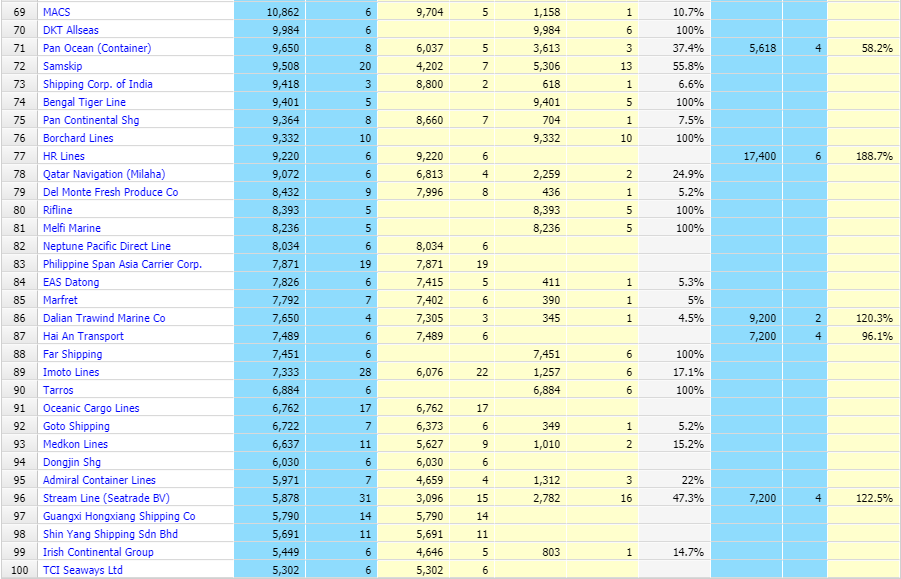 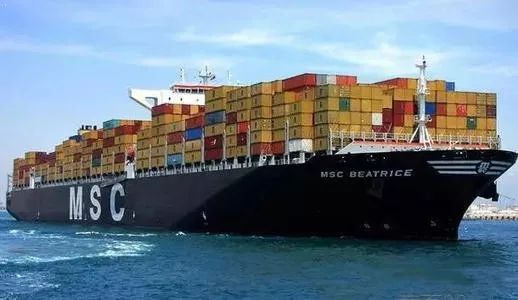 At a sensitive time when cargo volumes are declining and freight rates are plummeting, the world's top three container shipping companies are making major moves to expand their footprint in the air cargo market, which is attracting attention. Large shipping companies to develop integrated services is the trend, through mergers and acquisitions or cooperation and other ways to expand the business map, to provide customers with sea freight, air freight, trucking, warehousing, etc., the last mile of integrated services.

Maersk CEO Soren Skou has revealed that more land and air freight services business will be able to offset the risk of changes in the sea freight spot rate and LTA price market.

In February last year, Duffy acquired four freighters and established its air cargo division, CMA CGM Air Cargo. In May this year, it entered into a long-term strategic partnership with Air France-KLM, Europe's largest airline group, including the sharing of cargo space, and agreed to inject US$400 million into Air France-KLM.

Maersk also launched Maersk Air Cargo in April this year, followed by the acquisition of air freight forwarder Senator International in June, with a view to increasing the number of customers requiring end-to-end logistics solutions and doubling the volume of air freight. Maersk

Maersk said the deteriorating economic outlook is putting pressure on the container shipping market as inflationary pressures and higher energy costs weigh on market sentiment and as the European and US economies slow sharply. 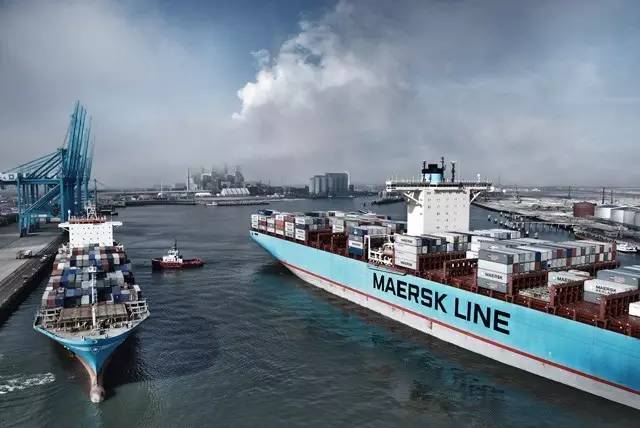 Recent data shows that regional container growth has fallen in most major regions, while container freight rates have declined. Although port congestion has improved in Europe and the US, supply chain disruptions will be exacerbated by terminal strikes in the UK.

Despite falling demand and a plunge in container spot rates in recent weeks, Maersk chief executive Søren Skou was not concerned about the overall situation and performance this year in an interview with Reuters. In response to a Reuters reporter's question about whether there would be more "hard landings" in the shipping industry given the deteriorating economic outlook, Skou said Maersk would not have a hard landing. According to Søren, Maersk has a higher share of long-term contract business than other carriers and has more land-based business to offset the impact of spot freight market volatility.

In the interview, Søren also said that after sailing at full speed to meet the surge in demand during the epidemic, Maersk would start slowing down its container ships to reduce fuel costs.

In early September, the CMA CGM Group announced the creation of a Special Fund for Energies aimed at accelerating the energy transition to net-zero carbon emissions by 2050, and CMA CGM said it would provide US$1.5 billion in budgetary support for this fund over a five-year period. According to the statement, the dedicated fund for energy will be used for investments to support industrial production of new fuels, CMA CGM's maritime, land and air transport, as well as low carbon solutions in port and logistics services.

According to the notice, the ANZX service sailing of NORTHERN GUILD 399S, which was scheduled to start on 14 October 2022, has been rescheduled as follows.

Deadline for submission of ESI electronic shipping instructions: 12 hours prior to vessel call

Cut-off time: 12 hours prior to sailing 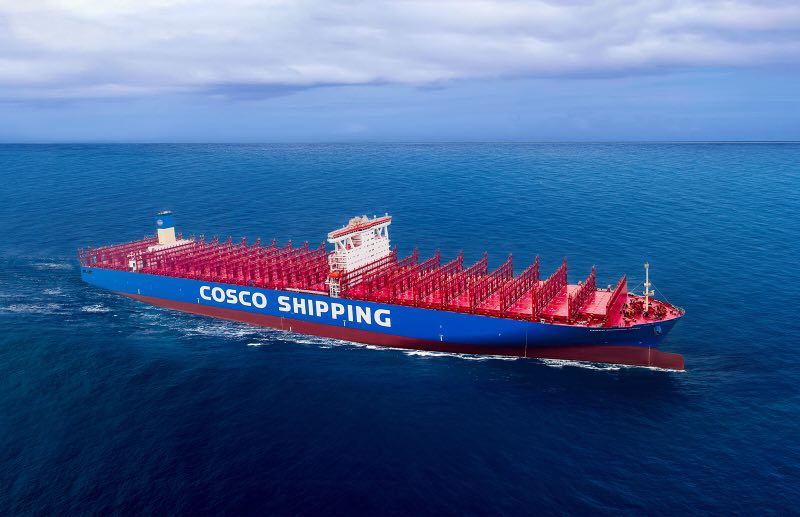 COSCO Shipping recently announced in an announcement that in order to facilitate the satisfaction of the conditions for the delivery of the equity interest in the Port of Hamburg Container Terminal and the completion of the Transaction, it has therefore agreed to extend the Completion Date to 31 December 2022. The announcement comes after the German Federal Minister of Economics expressed his opposition to the shareholding deal. However, the seller of the stake, Hamburg Port and Storage Logistics, believes that the German government will eventually give the green light to the deal.

In September last year, Guolong, a subsidiary of Chinese container terminal operator COSCO Shipping Ports, said it planned to acquire a 35 per cent interest in the Tollerort Container Terminal (CTT) in Hamburg, Germany, for a price of 65 million euros. The Port of Hamburg is the most important logistics hub for maritime and continental cargo transportation between China and Europe. COSCO intends to make the CTT terminal at the Port of Hamburg the premier transshipment hub in Europe.

The CTT terminal is one of the three major container terminals operated by Hamburg Port and Warehouse Logistics (HHLA), a company overwhelmingly owned by the local government of Hamburg.

Axel Mattern, marketing director of the German Port of Hamburg Group, recently told the press, "It would be a disaster for not only the Port of Hamburg but also for Germany if the government rejects the takeover." He said, "Having the Chinese involved in the operation of the port would be a great gain for the Port of Hamburg, not a danger, especially as COSCO Shipping will soon become the world's largest shipping company."

Hapag-Lloyd has acquired Chilean port operator SAAM and its logistics subsidiary for US$1 billion. The main elements of the deal include SAAM's 10 terminals operating in the Americas, which handled a total of 3.5 million TEUs last year and employ around 4,000 people. The sale also includes part of SAAM's logistics business, which employs 300 people at five locations in Chile. It does not, however, include SM SAAM's air cargo logistics business. 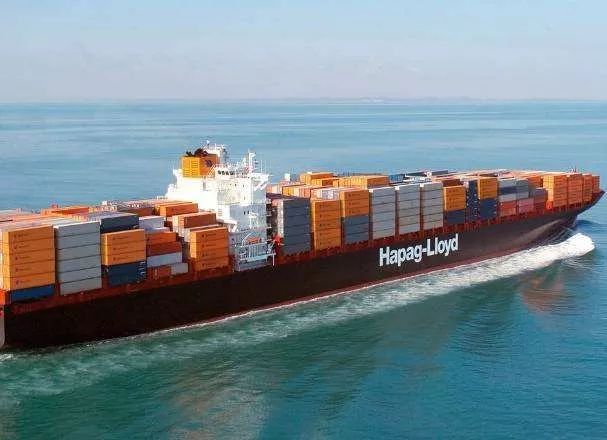 "Investing in terminal infrastructure is a key element of our strategic agenda and with Latin America being one of our key markets, this acquisition will help to further strengthen our business while building a strong and attractive terminal portfolio." Hapag-Lloyd chief executive Rolf Habben Jansen said.

SAAM told investors it would make a profit of US$400 million from the sale. Its second quarter 2022 results showed operating income of US$80.5 million and EBITDA of US$29.4 million for its ports.

Hapag-Lloyd's 2023 strategy identifies additional terminal ownership as a key opportunity for the company to significantly strengthen its balance sheet. Transactions this year include the upcoming acquisition of a minority stake in the Italian Spinelli Group, a stake in MadeWeserPort in Wilhelmshaven and joining a consortium to build and operate Terminal 2 at Damietta Port in Egypt.