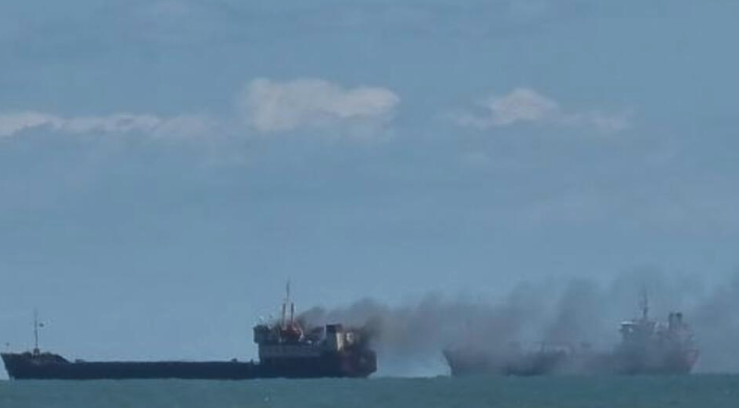 On the morning of May 10, a general cargo ship (AKUA) caught fire in the waters of the port of Temryuk, Azov, killing one crew member.

The focus of the shipping circle learned that the accident ship was "AKUA" (IMO 8826369), with a deadweight of 3,332 tons. It was built in 1989 and flies the Vanuatu flag. The owner is the Turkish company Alkarbon Enerji.

The local Russian media quoted a source in the port service department as saying that on the morning of May 10, a fire broke out in the superstructure of the "AKUA" ship, with a total of 13 crew members on board, from India, Azerbaijan and Turkey. After the fire broke out, the crew informed the authorities that the fire would be extinguished on their own without assistance, but one crew member died. 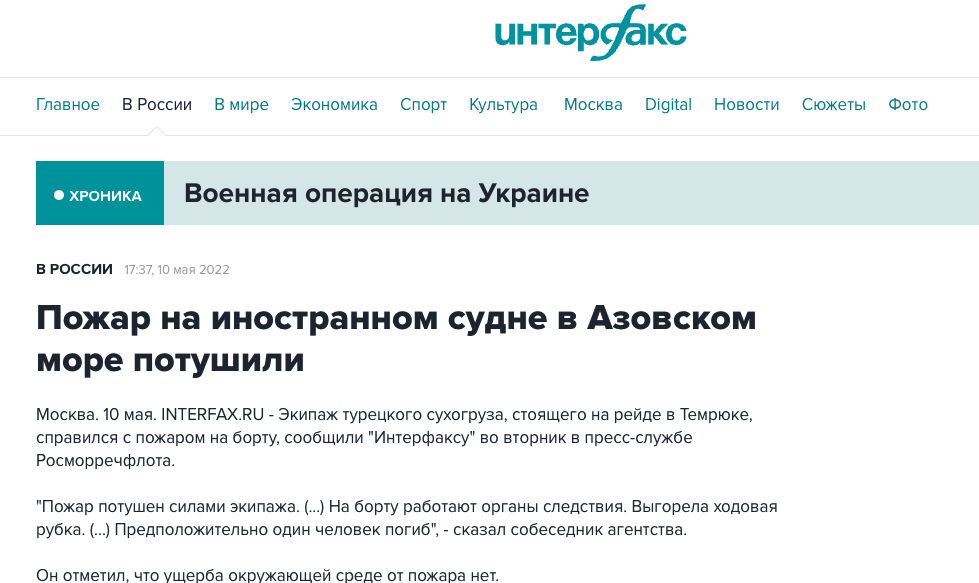 "The fire was put out by the crew, and the relevant investigators have started to investigate. The cab of the 'AKUA' was burned down and one crew member died. Fortunately, the fire did not cause damage to the environment. The cause of the fire is still unclear." A source said. say.

According to the AIS data provided by Treasure Ship.com, the ship "AKUA" loaded grains and set off from Samsun Port on April 21 and arrived at Temluk Port on May 5. It was originally planned to arrive at KARASU Port on May 11. At present, the "AKUA" ship is still in the port of Temluk.