On Wednesday, Oakland International Container Terminal management shut down operations at the Port of Oakland due to the third day of independent truckers' protest against California's Assembly Bill 5 (AB5), which is expected to continue at least through this Friday.

This is the largest trucker protest to date!

The Port of Oakland says that in addition to OICT, three other marine terminals have closed truck lanes, though some vessels are still operating.

This is the third day of trucker protests against AB5, the law sparked by the rise of odd-job sharing economy platforms like Uber, Lyft and DoorDash. But when the Supreme Court now decides not to hear a case that would have protected truckers from this law, then many independent truckers will also be on the receiving end of the lawlessness!

AB5 requires companies that hire independent contractors to reclassify them as employees, but there are some exceptions to the law in various industries. The majority of truck drivers in California are owner-operators, and many of those in this job are concerned about their future. An estimated 70,000 truck drivers who own and drive their own trucks will be subject to this law and do not want to be employees or part of a union. 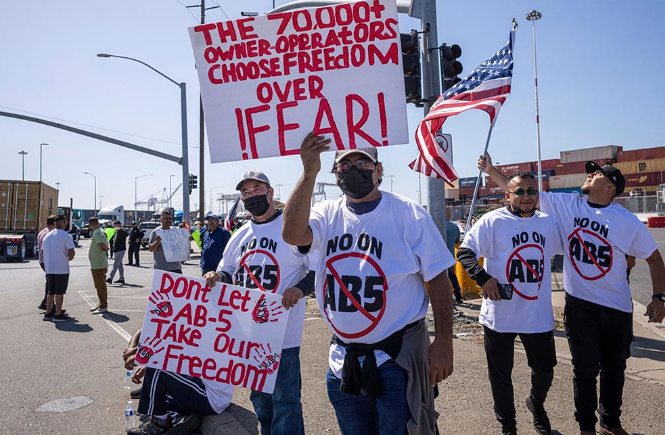 Bill Aboudi, owner of AB Trucking, one of the protesters, said so far there has been no contact with the governor's office and the governor does not seem concerned about taking away the rights of American workers. These are small, independent businesses that choose to operate their own trucks, and now that right is being taken away. They do pay taxes, they do have insurance. It's their choice to do so. 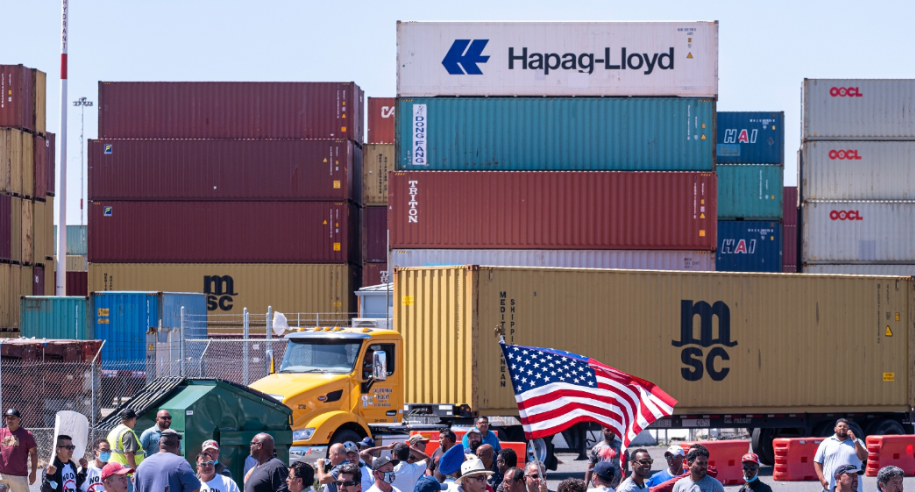 Reporters asked the governor's office when enforcement would begin and if there was a way for truckers to remain independent within the law. Dee Dee Myers, director of the governor's Office of Business and Economic Development, said that with the federal court's rejection of the trucking industry's appeal, "now is the time to move forward, comply with the law and work together to create a fairer, more sustainable industry for all."

The Port of Oakland, the eighth largest port in the United States, sees more than 2,100 trucks per day pass through its terminals, importing a wide range of goods, from Australian wine and meat to Korean aluminum, Chinese furniture, clothing and electronics and more.

The protests that blocked the dock gates forced some dock workers to walk through the crowds for fear of their safety. If dock workers feel "unsafe" or threatened in any way, they can refuse to enter the marine terminal."  ILWU Local 10 President Farless Dailey III said, "Our labor contract allows workers to be on call for health and safety when dock conditions are at risk." 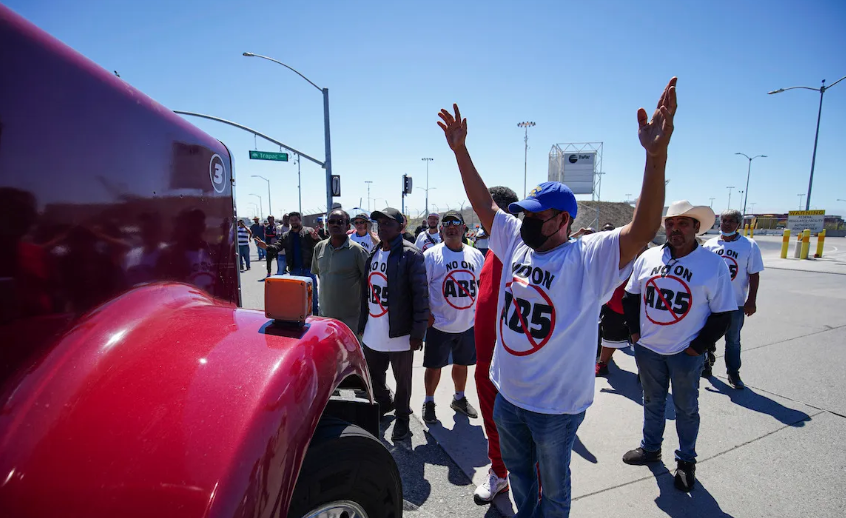 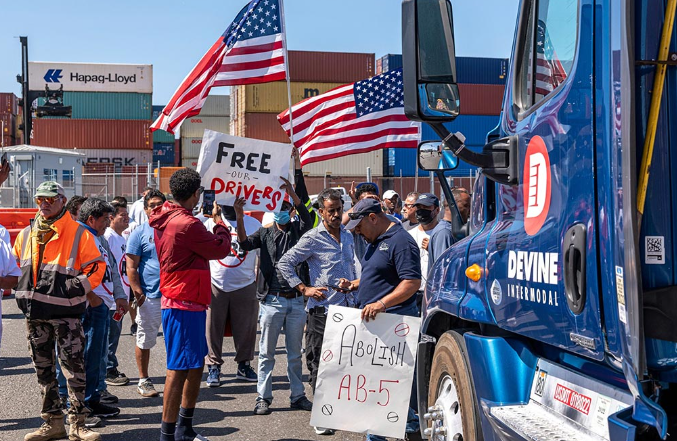 The average number of days that import and export containers are waiting to move at the Port of Oakland is shown below. 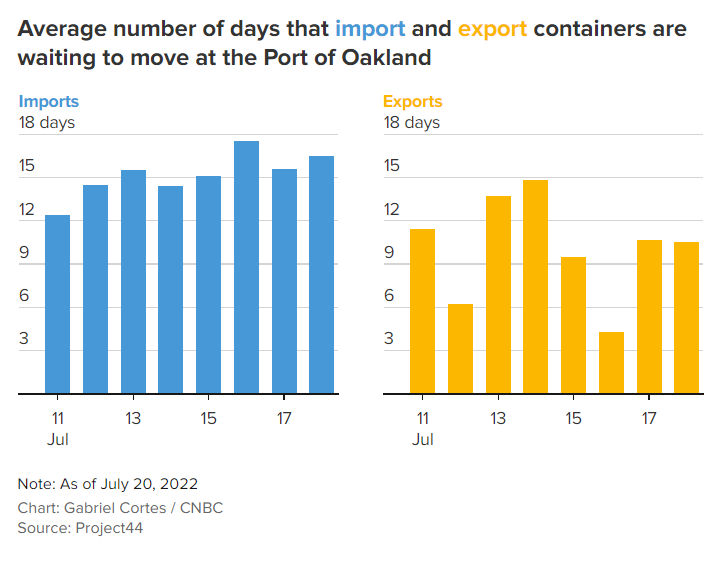 The biggest problem at the Los Angeles and Long Beach port terminals right now is rail wait times of about 11 days. Trucking containers account for less than 40 percent of all long-stay containers at the ports. With the Port of Los Angeles currently at 90 percent of land capacity due to rail container stacking, any delays in truck pickups will only add to traffic congestion.