A magnitude 7.6 earthquake in Mexico

Mexico's National Seismological Agency said on the 19th that a 7.6-magnitude earthquake occurred in the western state of Michoacán that afternoon. Mexican President Lopez said the earthquake had killed one person. 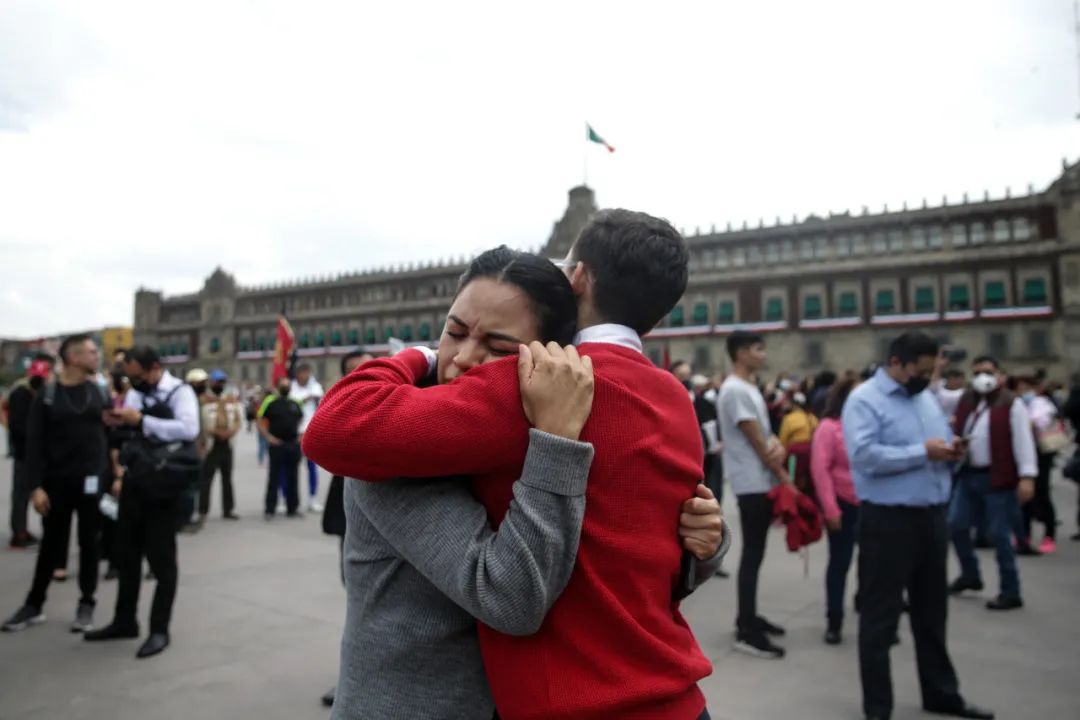 On September 19, in Mexico City, the capital of Mexico, people who took shelter outdoors comforted each other. Source: Xinhua News Agency

According to the information released by the National Seismological Agency of Mexico, the earthquake occurred at 13:5 local time on the 19th. The epicenter was located 63 kilometers south of Coalcomán, Michoacán, at a depth of 15 kilometers. Mexico's National Seismological Agency had previously measured the magnitude of 7.4, and then updated it to 7.6. Citing data from the Mexican Navy, the Mexican Civil Defense Department said that based on analysis of past tsunamis and earthquakes in Mexico, the earthquake may have caused a wave height change of up to 82 centimeters in the waters near the epicenter.

The U.S. Geological Survey measured the quake at a magnitude of 7.6. The U.S. Tsunami Warning Service said a dangerous tsunami was possible off the coast within 300 kilometers of the epicenter.

Photos released by Mexican media showed cracks in the walls of some houses in Michoacan and adjacent areas. Lopez posted on social media that he had received reports that a wall at a shopping center in Manzanillo, Colima, western Michoacán, collapsed in the earthquake, killing one person.

The tremor was felt strongly in Mexico City, the capital of Mexico. The earthquake coincides with the anniversary of two major earthquakes in Mexico's history. Around 12:00 that day, Mexico City began to hold earthquake drills, and some citizens had been evacuated to the streets before the earthquake. 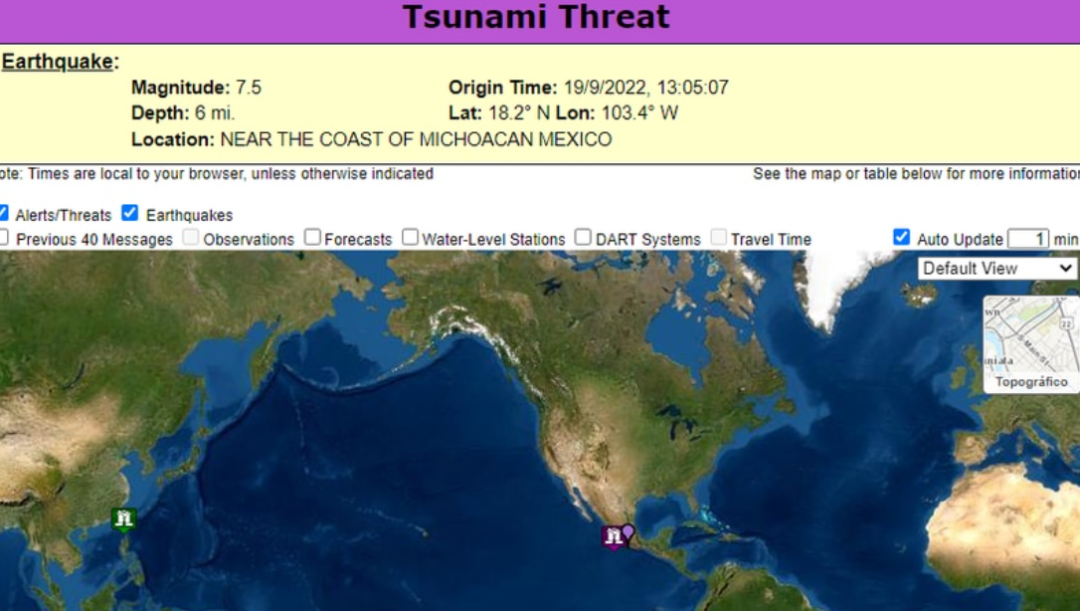 Mexico earthquake causes maritime 'uprising' in Manzanillo, Colima: The sea rises in the port of Manzanillo in Colima on Sept. 19 after a 7.6-magnitude tremor. A 7.6-magnitude earthquake in the afternoon activated warnings of a possible tsunami off Mexico's Pacific coast. Around 3:54 p.m., the National Autonomous University of Mexico (UNAM) reported that "sea level rise" had been recorded in Manzanillo, Colima.

According to the National Autonomous University of Mexico, the largest recorded amplitude was greater than one meter: 124 centimeters. “Monitoring stations in the area around #Sismo in the Mexican Pacific Ocean recorded sea level rise. The largest amplitude detected at the Manzanillo station was 124 cm,” UNAM reported via its Twitter profile.

Although the waves are highly variable, the formation of tsunamis has so far been ruled out. Colima's Civil Protection Agency reported that the incident was unlikely, "although changes in the waves are to be expected, we reiterate to avoid approaching the beach," he wrote on the social network. According to the Mexican government, the earthquake was the main cause of the tsunami. For an earthquake to cause a tsunami, the seafloor must suddenly move vertically so that the ocean is thrown out of its normal equilibrium.

When this huge body of water tries to restore balance, waves are created. The size of the tsunami will depend on the magnitude of the vertical deformation of the seafloor. Not all earthquakes produce tsunamis, but only those of considerable magnitude that occur on the ocean floor and can deform it.

The CFE reported that a 7.6-magnitude earthquake registered on Monday, September 19, 2022, affected electricity supply to 1,326,588 customers in five states in the country. Of the 14.6 million subscribers contracted with CFE in Colima, CDMX, Mexico, Michoacán and Jalisco, 8 percent were affected. Proportional to the number of users, the most affected state is Colima, as 42.31% of the entity's users are affected; that is, 145,808 users (residential, shop, industry) out of a total of 344,631 users registered with the CFE etc.).

The country's capital was the second most affected entity as 20.02% of customers saw their power supply cut off after the earthquake, according to preliminary data. The CFE promptly explained that out of the 3,374,025 subscribers registered with CDMX, 675,532 had no electricity. In third place is the state of Mexico, as 338,367 of the 5,495,700 users were affected, or 6.16% of the total. 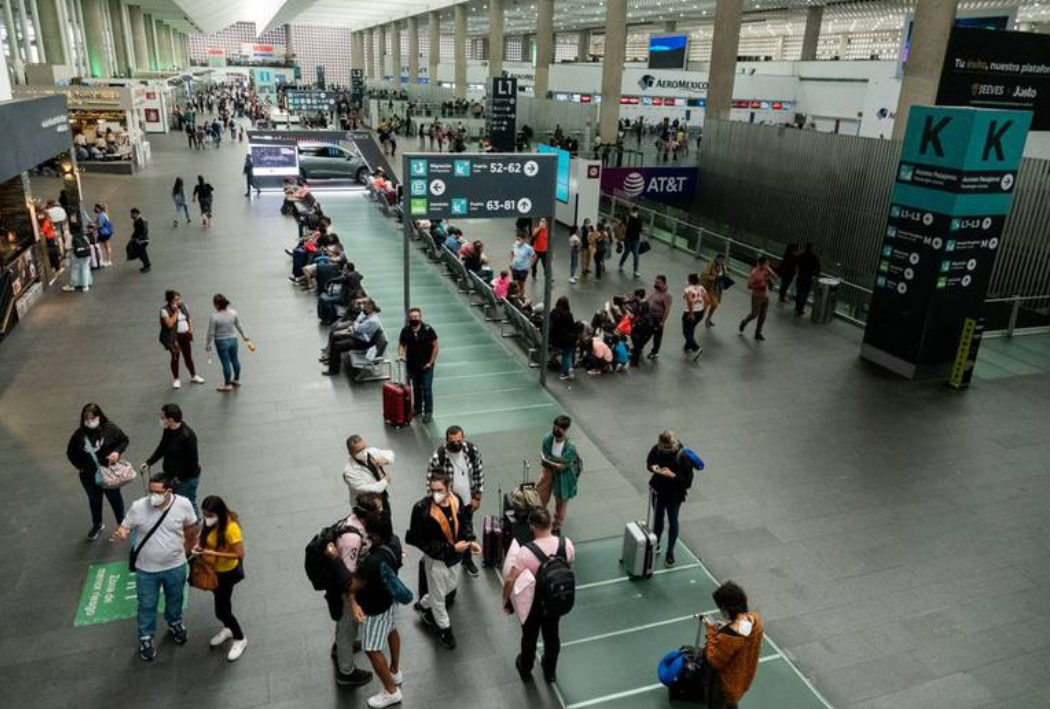 In the case of Michoacan, an estimated 106,037 customers out of a total of 260,383 customers had power outages, meaning 5.15 customers had no power service. Finally, the fifth state affected by the earthquake is Jalisco, where it is estimated that out of a total of 3,328,580 users, 60,844 users were affected, so only 1.83% of brick-and-mortar users were disrupted. Restoring service: The CFE reported that by 3:30 p.m. Monday, electrical service had been restored to 68% of those affected, and its priority was to return to normal service as quickly as possible.

Four states in Mexico's Pacific Ocean activate tsunami warnings: The US Tsunami Monitoring Center has warned of a possible tsunami off Mexico's Pacific coast as a 7.6-magnitude earthquake hit the epicenter of Michoacán. "We hope nothing happens," Obrador said after the 7.6-magnitude earthquake in Michoacán. According to U.S. agencies, this afternoon's earthquake could affect high waves reaching the coast of Manzanillo, Colima; Lazaro Cardenas, Michoacán; Puerto Vallarta, Jalisco; Capulco, Guerrero.

The monitoring center stated that government agencies responsible for threatened coastal areas should take all measures to provide information and instructions to all residents living near the ocean and who will be at risk, so as to understand the possible procedures and the level of danger. The U.S. agency noted that people located in coastal areas should be wary of information and follow directions from local authorities.