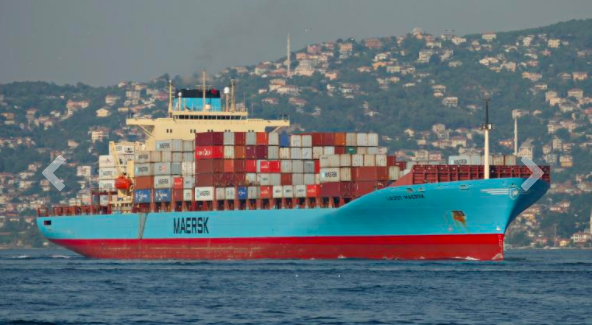 At about 0200 UTC on March 12, a Maersk container ship named "LAUST MAERSK" collided with the "NAPOLES" Ro-Ro ship in the Alboran Sea, about 53 nautical miles southeast of Malaga, Spain. The voyage was interrupted and the container was suspected to be lost. 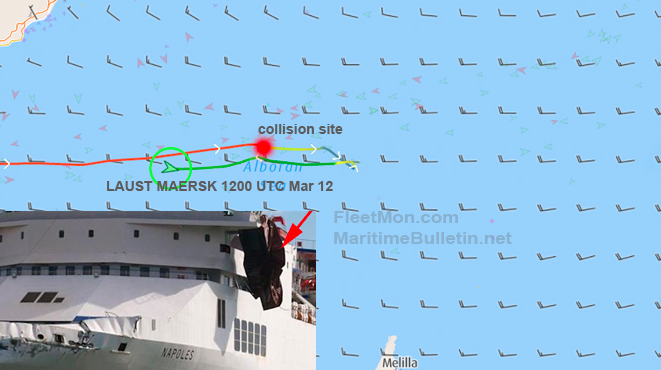 The LAUST MAERSK container was on its way from the Panama Canal to Italy via Tanger and Algeciras at the time of the incident, while the NAPOLES ro-ro was sailing from Malaga, Spain On the way to Melilla, after the collision of the two ships, the NAPOLES ro-ro vessel suffered damage to the port forward section above the waterline and continued to sail to Melilla almost on time.

According to foreign media reports, there may be a missing container, which appears to be a container from the "LAUST MAERSK" ship hanging on the bridge structure of the "NAPOLES" Ro-Ro ship.

There is no information about damage to the container ship LAUST MAERSK, but the ship stopped sailing and turned back. At 1200 UTC, it was sailing east at a low speed and may be awaiting preliminary findings. There were no reports of injuries on either the container ship or the ro-ro ship. 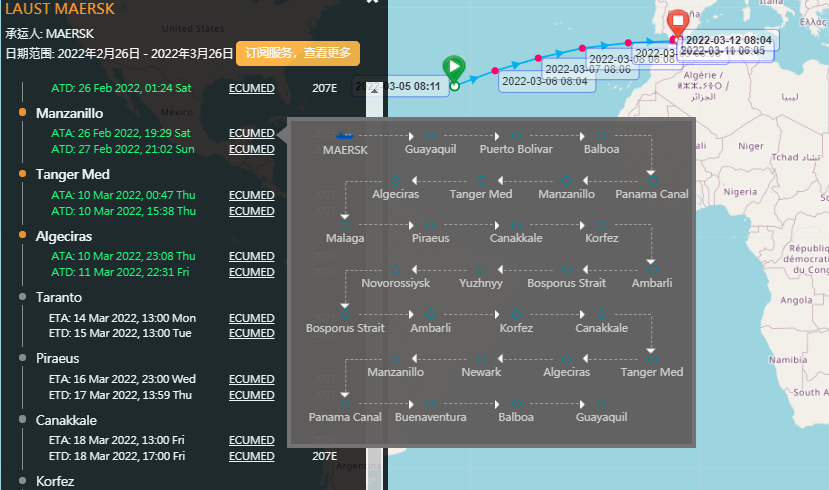 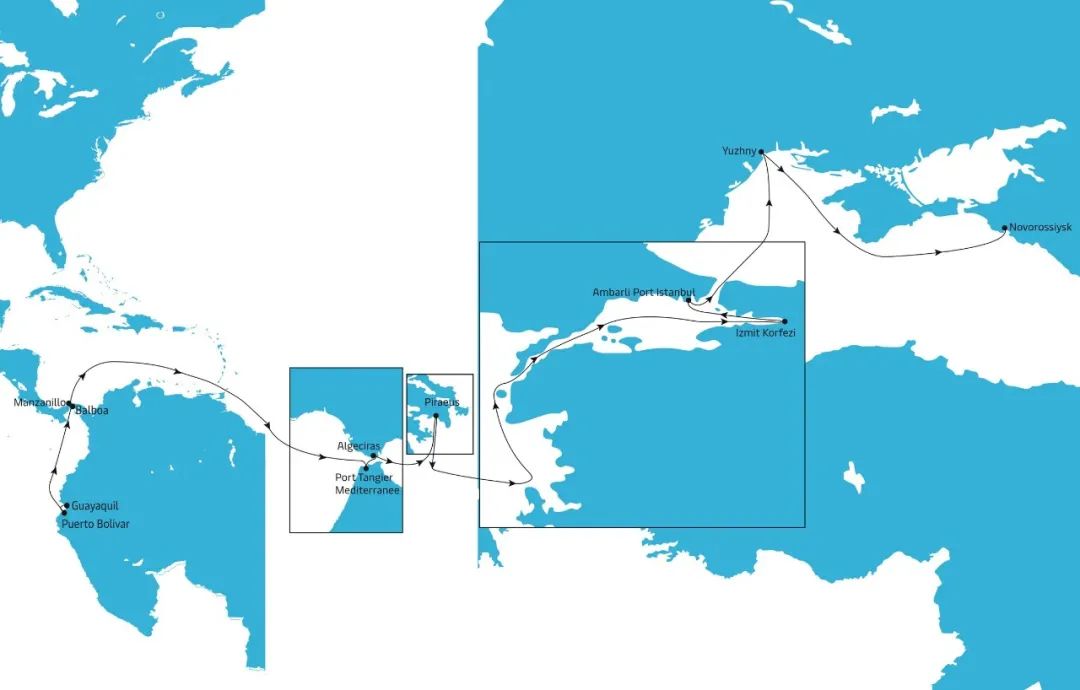 "LAUST MAERSK" interrupted the voyage and returned, and is currently in a restricted state of operation. The next cargo to Piraeus, IZMIT KORFEZI, Ambarli, Yuzhnyy, Novorossiysk and other ports will delays!