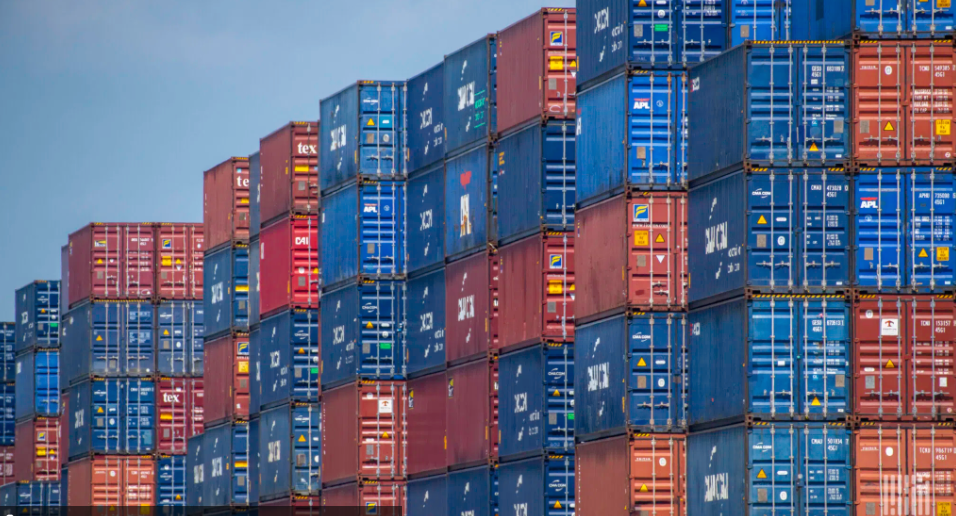 2022 started off on a not-so-bad footnote: Transpacific market spot rates before the Chinese New Year were still at stratospheric level. Retailers were buzzing with re-stocking for fear of depleting inventory, a months-long move that was widely believed to be able to sustain robust US import through Q3 2022.

However, the market made an unexpected turn in Q2 this year. Several big US retailers revealed bigger-than-usual inventory level in their Q1 earning reports, signaling a 180-degree swerve from re-stocking to de-stocking. Some orders were either cancelled or put on hold. The market was immediately rattled by the sudden shift, sending spot rate into a downward spiral. While it was not a disastrous nosediving, USWC spot rate has dropped more than 50% from pre-CNY high level.

The "overstocking", if you may, was caused by a confluence of two mismatches: lead time and commodity mix. When retailers were still bent on frontloading and re-stocking back in Q4 last year, overall transit time was still suffering from severe delays on both ends. A 30-day trip from the factory warehouse in China to US West Coast turned into 60-day or 80-day odynessy at worst times.  Such unusually long lead time was factored into consideration when importers planned their shipping.

Importers were soon in for their first surprise. Plagued by the softening demand, further hindered by the COVID-triggered shutdowns in China, vessels arriving on West Coast have shrunk to a great extent. The number of vessels anchoring off Los Angeles and Long Beach ports has dropped significantly from a historical high of 100+ to low 20s. The overall lead time from China base ports to US warehouses have materially improved, although still not fully recovered to pre-pandemic level. Importers found themselves in a conundrum: where to store these sooner-than-expected arriving cargo when their warehouse were already full?

The second mismatch would prove to be far more detrimental. While US is still reporting hundreds of thousands of positive COVID cases every day, most people are already brushing it aside. After two years of lockdown, work/study from home and mandatory mask order, life is back to normal in pretty much every way. With the return of social life comes with the shift in consumer behavior. It is no surprising at all that the spending on services starts to recover and eventually will outweigh spending on goods. Retailers were caught off guard by the "sudden" change. The products they ordered months before were still so-called "pandemic commodities": home furnishings, electronics, home appliances, etc. To importer's great distress, these products now arrived to a market when such demand was slowing down. The correction in inventory to right commodity mix is perceived to be a long and ever-changing process. The CEO of Walmart said it would take a few quarters to reshuffle the inventory to get to where it needs to be.

The overstocking revelation since April prompted a swift inventory re-assessment and re-alignment which caused a pause or at least a slowdown in US import in Q2. Before importers figured out what to do with current and soon arriving inventory and more importantly, what/when to order for the upcoming holiday season, it was unlikely they would continue shipping as before.

As we are advancing towards the end of July, one question begs to be asked:  when(if any) will the peak season start? The answer proves to be very elusive. There are two competing schools of thoughts on this. The pessimistic view holds that the frontloading in the last few months driven primarily by the fear of possible West Coast labor strike WAS the peak season. From now on, it will be going downhill. A more rosy view, seemingly augmented by the recent volume forecast by National Retail Federation (NRF), points to a busy August through October. Import volume will be slightly above last year's already historical high level. Both sides seem to be very entrenched in their views as the evidence to support their outlook abounds. The caveat is, with numerous variables(high inflation, wars, etc) still evolving and morphing, the market can make an unexpected turn again. The US consumer market is still in the process of settling into the new post-pandemic normal which no one seems to know exactly how it will look like. The long-awaited and much-anticipated peak season isn't on the horizon yet. The wait is still on.