Shipping companies have been adjusting the shipping schedule but the reliability of the shipping schedule is still low. Some liner companies have previously diverted container ships from Shanghai to other ports, but this has also increased delays in other ports such as Ningbo and Zhoushan due to increased traffic, or carriers are taking the approach of suspending sailings.

According to Windward, the increased lockdown of the epidemic has affected port congestion. Data released by Windward on April 19 showed that the number of container ships waiting outside Chinese ports was 195% higher than in February. That is, the number of ships waiting outside Chinese ports has nearly doubled since the lockdown was first imposed, climbing from 260 in February to 506 in April.

Windward data, congestion at Chinese ports in the past three months

According to Alphaliner, the global liner fleet currently has a total of 6,358 vessels in operation around the world.

Congestion at ports during the pandemic has led to a surge in freight rates over the past two years, while the outbreak continues to weigh on global supply chains. Some experts believe there could be a rebound once the blockade is lifted, threatening the progress some ports, such as Los Angeles and Long Beach, have made in reducing backlogs in recent months. 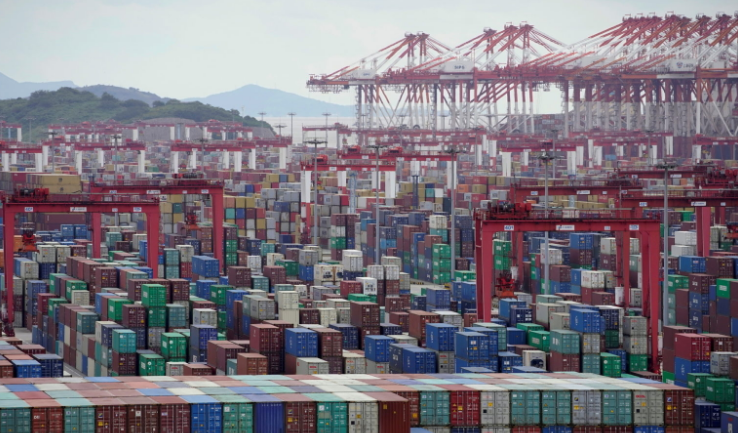 Gene Seroka, executive director of the Port of Los Angeles, said in an interview this week that the outbreak could lead to a brief relief for ships arriving at U.S. ports in the coming weeks, but there would be a "quick rebound."