14 Trucks on Fire at Kwai Chung Terminal in Hong Kong

According to Hong Kong's "Sing Tao.com", in the early morning of the 25th, a number of trucks at the Kwai Chung Container Terminal in Hong Kong caught fire. The flames shot into the sky and the sound of explosions was heard many times, which woke the residents of Kwai Fong and Lai King. Densely clothed. 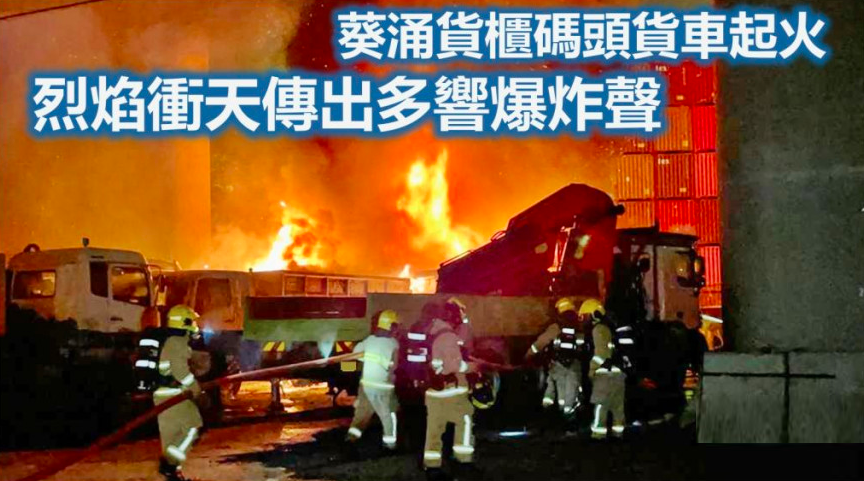 Around 3:00 a.m., it was reported that an open-air parking lot of Container Terminal No. 1 suddenly heard multiple explosions, accompanied by raging flames and bursts of smoke. Black smoke covered the bridge deck of Route 3, and there was a burning smell. Firefighters rushed to the scene after receiving the report and immediately began to put out the fire. It was initially found that at least five heavy goods vehicles were on fire.

After the police arrived at the scene after receiving the report, they found that 12 heavy trucks, 1 medium truck and 1 trailer were on fire. The firefighters took about 50 minutes to put out the fire. During the firefighting, an explosion occurred. Fortunately, no one was injured. The cause of the fire is suspicious, and the case is classified as arson. 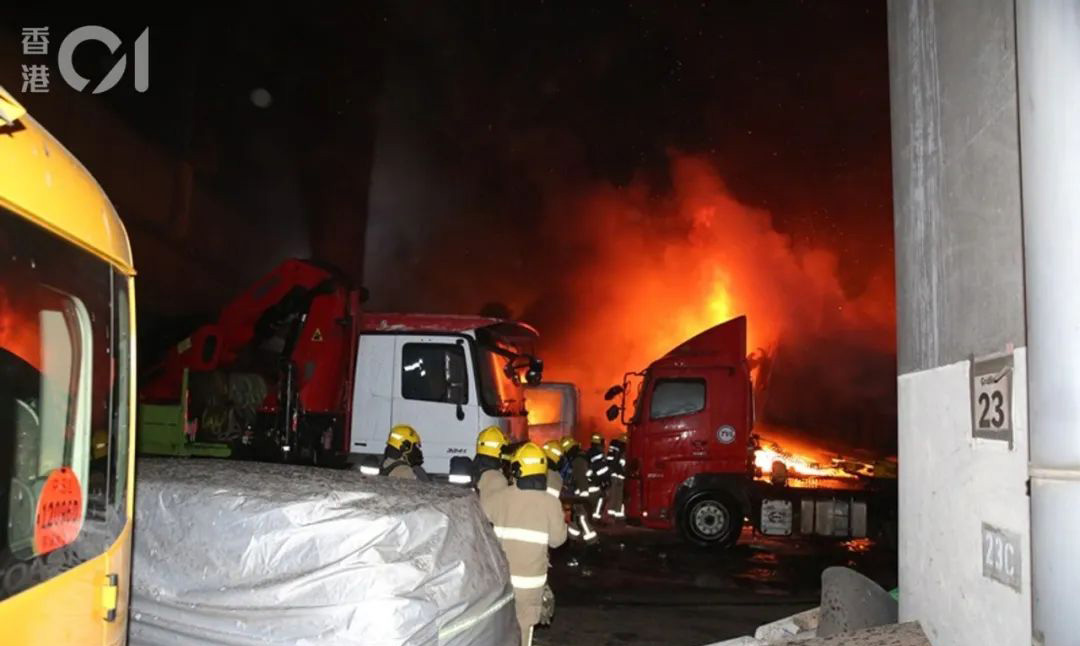 After the fire, many trucks remained at the scene, some of which were severely damaged, and even only the frame was burned, just like scrap metal. Workers were busy cleaning up the aftermath, and a jib truck was present to lift the damaged vehicle.