We have compiled the ranking of Alphaliner container shipping liner companies in January 2000 as follows, so that we can reminisce about those shipping companies that are fading from our memory, those we lost our youth. 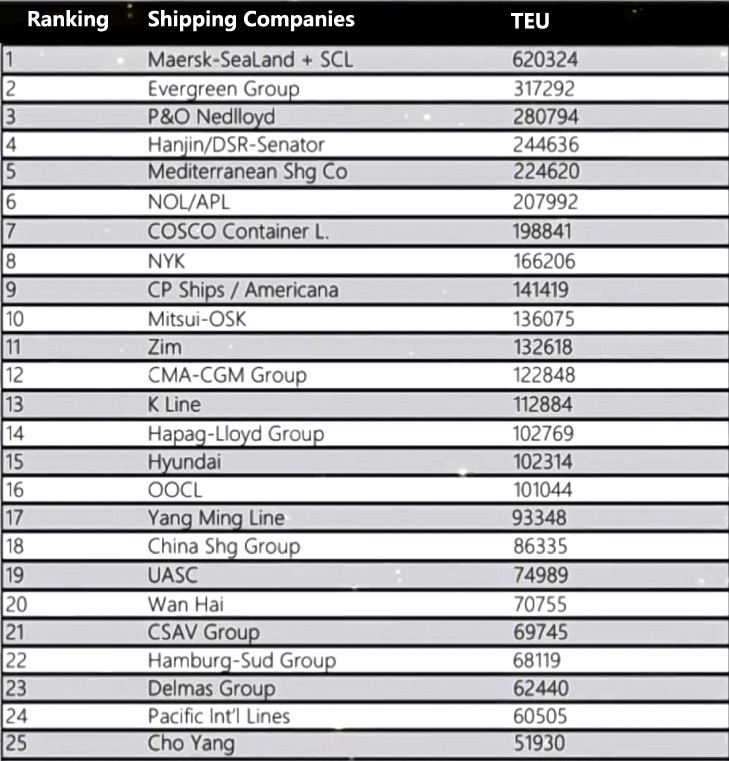 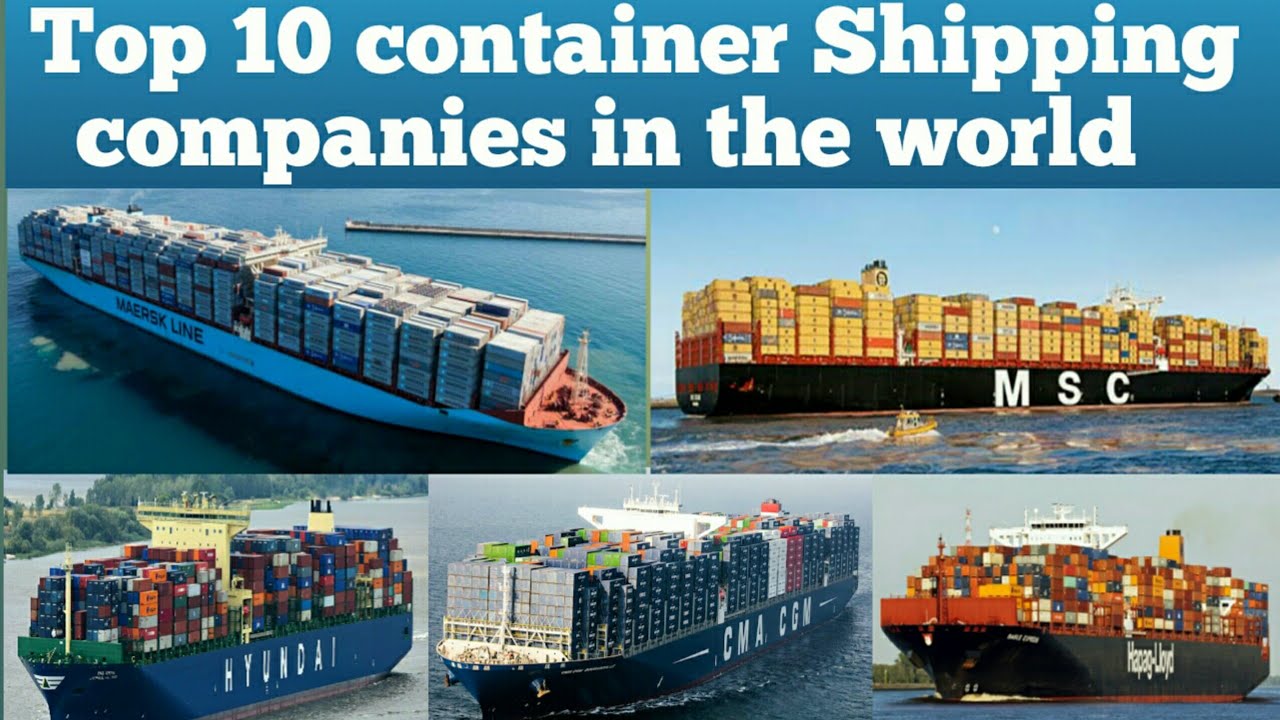 That year, Maersk barely first Maersk just annexed the then second-ranked container originator Sealand, in addition to the same year received Safmarine South Africa Shipping, so Maersk-SeaLand + SCL represents the state of the brand operation at that time. Compared with the other brands that were so popular back then, SeaLand is still lucky, although it was hidden by Maersk for many years, it was awakened in 2014 as a professional regional feeder carrier in the Americas, and it was integrated with MCC Transport and Seago Line in 2018 to unify the brand of Sealand-a Maersk Company as a regional carrier. The brand name of Sealand-a Maersk Company is used as a regional carrier.

Evergreen was still ranked second in the industry that year, although the former number one now has slipped to sixth, which is very rare.

The 1996 merger of P&O Nedlloyd Ironbound Jaguares ranked third in 2000, but did not escape the fate of Maersk acquisition in 2006, so "No ocean carrier is too big to fail" including Maersk, once the main business of shipping. This is because it is known that pure shipping is a strong cycle of the industry, the cycle of stepping on the right pot full of money, the cycle of stepping on the wrong either bankruptcy and collapse or be acquired and integrated. This is also why Maersk has to all the way firmly to do the whole supply chain integrated logistics services since 2016.

In 1997, the acquisition of the German Victory DSR-Senator Hanjin Shipping was then ho ranked fourth, and finally in 2016 everyone thought that the Korean government would save Hanjin holding a fluke psychology of that night, South Korea suddenly announced the collapse, many Hanjin containers were detained by the terminal, Hanjin ships can not berth can not open the ship can not load and unload fuel can not resupply sea drift, became the industry at that time overtime exhausted All parties involved in the nightmare. Do you still remember the names of these ships? [Most shipping translation collation] Hanjin all 97 ships status summary

American President APL and German Victory DSR-Senator were both acquired in 1997, APL was then acquired by NOL Singapore Orient Neptune and then by Duffy in 2016 for $2.4 billion, and finally the historic APL brand can be said to be abandoned in public service. The APL brand now focuses solely on the U.S. government side of the service. As a longtime service partner of the U.S. government, APL is also known to continue to serve Guam Pacific.

COSCO was ranked 7th in 2000 and 18th by China Shipping Company. In 2016, COSCO and China Shipping implemented a reorganization and merger of "Shen Yun" to set sail, followed by the acquisition of OOCL in 2018 at a value of RMB 43 billion, resulting in the formation of five major business modules at present.

ZIM was ranked 11th at that time, and after a painful period around 2016, it released ZIM e-commerce express service in 2020, the fastest route from South China to the U.S. West, and hired talents against the trend. Seize the wave of U.S. shipping and cross-border e-commerce under COVID-19, and listed on the U.S. New York Stock Exchange in 2021.

2000 ranked 15 is Hyundai, in 2016 the South Korean government did not save HJ but saved HMM, and now the privatization of HMM is officially on the agenda, which means that the future operation of HMM, which became a state-owned shipping company in South Korea after 2016, will be gradually transferred to private enterprises.

At that time ranked 19 was UASC, which was formally acquired and integrated by Hapag-Lloyd in 2017.

CSAV, ranked 21st, acquired NORASIA North Eurasia in 2000 and was subsequently acquired and integrated by Hapag-Lloyd in 2014 to become the fourth largest shipping company in the world at that time.

Hamburg-Sud, ranked 22nd in 2000, was also acquired by Maersk in 2016 during the consolidation crash.

Delmas, ranked 23rd in 2000, was acquired by Duffy in 2005. To recap this history in particular, in September 2005, Duffy Group acquired its Le Havre, France-based rival Delmas from Bolloré Group for 600 million euros, which was completed in early January 5, 2006. The resulting company became the third largest container company in the world after the Danish Maersk Group and the Swiss Mediterranean Shipping Company.  Will there be a new story for CMA and Bolloré in the future?

PIL, ranked 24th in 2000, failed to take advantage of the recent wave of strong cycles and exited the American line before the dawn, but at least survived and did not sell out the brand was preserved, very respectable. From a loss of 44.7 million in 2020 to achieve $2.6 billion in 2021.

In 2000 ranked 25th is Cho Yang Line sunrise merchant marine, we think few people still remember, it in 2001 because of poor business bankruptcy liquidation out of the container market.