Ten Australian ports face a disruption shutdown on Friday as maritime workers at tugboat company Svitzer go on strike over the Danish company's attempt to terminate its corporate agreement.

Three separate unions are behind the strike, which will leave ships from Cairns to Melbourne to Geraldton with only limited tug service when shipping companies are already under intense pressure from an ongoing supply chain crisis.

On Monday, the Fair Work Commission held a hearing in the case of tugboat company Svitzer's termination of a corporate bargaining agreement. Under the agreement, 540 workers will have their pay levels restored and result in a pay cut of up to 50 percent.

The tugboat company isn't the first to threaten to scrap the enterprise agreement in order to offer incentives in pay negotiations with unions - Qantas and Patrick's Wharf both did so this year - but it is the first to take it to a Fair Work Commission hearing for the company.

Australian Maritime Union assistant Jamie Newlyn slammed the move as a "militant move" by "militant employers," but tugboat company Svitzer said it "never stopped bargaining "It was "forced" to take this action.

Friday's strike will result in workers at tugboat company Svitzer's ports in Cairns, Newcastle, Sydney, Port Kembla, Adelaide, Fremantle, Geraldton and Albany stopping work for four hours from 9 a.m. (AEDT), while their colleagues in Melbourne and Brisbane will be on strike for 24 hours. 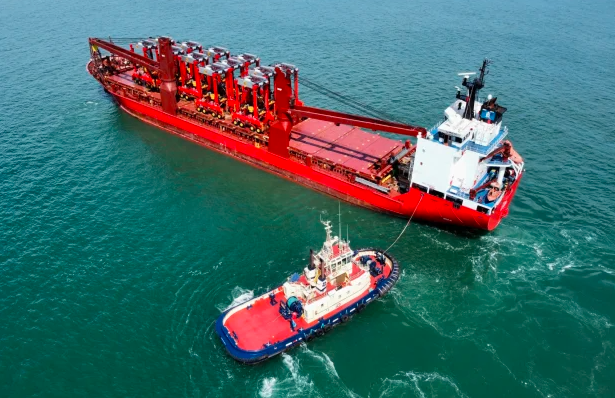 Svitzer and three unions - the MUA, the Marine and Electrical Engineers Association of Australia and the Australian Maritime Officers' Union - have been negotiating a new EBA since the existing one expires in 2019, but despite holding 50 meetings and, at one point, an agreement in principle, a solution has yet to be reached.

A spokeswoman for the tugboat giant said Thursday that the company had offered to "maintain crew wages and core conditions" as part of the negotiation process, but had disagreed with the union over the agreement's "reasonable productivity gains. "In order to provide certainty to our employees, customers and stakeholders, Svitzer was forced to choose to terminate the agreement," she said.

Tugboat company Svitzer said it expected disruptions at all ports where the strike took place Friday, but the situation was particularly acute in Brisbane and Melbourne, where workers were off work for 24 hours. A company spokesman said, "Svitzer is doing everything in its power to minimize disruption to our customers, our ports and our operations."

Jamie Newlyn, assistant to the Australian Maritime Union, said the strike would be "disruptive to shipping" - with the duration of the shutdown at each port determined by local members.