On the 6th local time, the French Presidential Palace said that on the same day, French President  and Russian President Vladimir Putin had a phone call. This is the fourth time the two sides have spoken on the phone since the conflict between Russia and Ukraine. The French presidency said Russia confirmed it would bomb the port of Odessa. At present, the two sides have not disclosed the remaining details of the conversation. 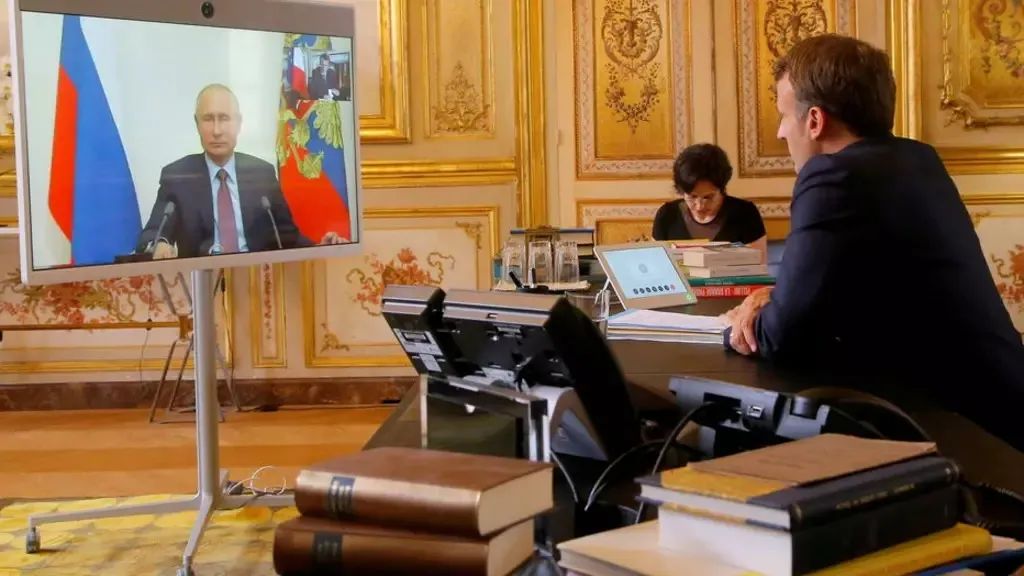 Regarding Ukraine's attempts to delay the negotiation process, Putin pointed out that it was all in vain. Only when Ukraine gave up the war and complied with Russia's demands, Russia could stop the special military operation. At 10:00 local time in Moscow on March 7, Russia implemented a "state of silence" and opened humanitarian corridors to ensure the organized evacuation of civilians and foreign nationals.

French President Emmanuel Macron, who showed his presence in the situation in Russia and Ukraine, had his fourth phone call with Putin since the conflict between Russia and Ukraine. Macron revealed that Russia has confirmed that it will bomb the port of Odessa.

At present, Maersk, MSC, CMA, HPL and ONE have successively suspended operations in Russia and Ukraine, Maersk and CMA Spaceship have once again expanded the scope of business suspension, including the suspension of Belarusian business and railway and air transport related businesses! According to data from Alphaliner, an international shipping industry analysis agency, the total shipping capacity of these five shipping companies accounts for nearly 60% of the global market. Market participants predict that their suspension of business with Russia will exacerbate supply chain difficulties and sea freight rates will rise sharply.

In addition to the shipping company, Seko Logistics, a well-known freight logistics company in North America, said that the company has "stopped all freight in and out of Russia." DHL announced on March 2 that it would also suspend its business in Russia, and Dexun’s official website also issued a notice on March 2 that it had suspended all operations in Ukraine. Most carriers (air, sea, road and rail) have ceased services to and from the Russian Federation, and Dexon is immediately suspending all imports into Russia pending further notice. DSV has decided to stop all rail services between Asia and Europe. UPS and FedEx have also suspended shipments to Russia.

Eurasian transport is getting worse: the business of major shipping companies and logistics companies is suspended, another blow to the supply chain that has not yet recovered from the epidemic. New woes for European importers include higher shipping costs, longer delays, and a slew of consequences from sanctions. Not to mention, they were already beset by soaring energy, product shortages, port congestion and record-high inflation.

"There are still significant disruptions to global supply chains," said Jennifer Hillman, a Georgetown University professor and former U.S. trade official. "Suppliers are working hard to recover, but it will take time. With the Russian-Ukrainian conflict, time is running out. 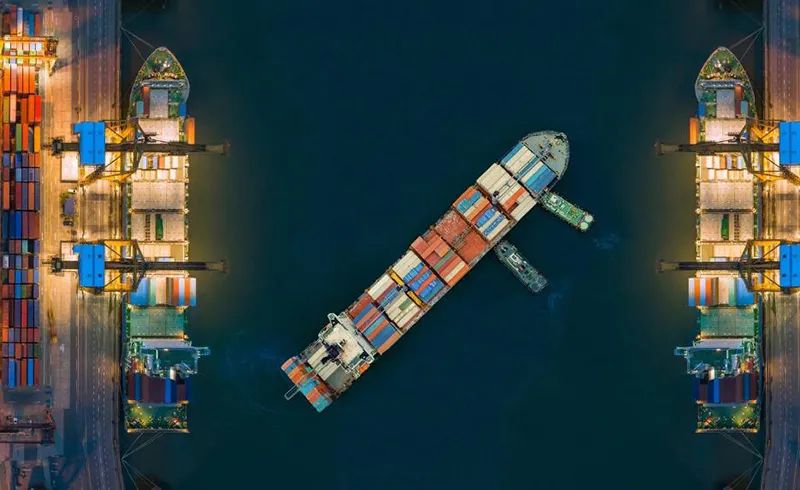 Key routes blocked: In theory, Russia and Ukraine are not global trading powers, except for commodity exports. Russia is the world's 16th largest exporter of commodities, led by oil, coal and natural gas. According to World Trade Organization (WTO) 2020 data, Ukraine ranks 48th, with the largest shipments of grain and iron ore. The difficulty is that they are located on one of the oldest trade routes in the world, and even the main route of China’s “One Belt, One Road” initiative, and on this route, the maritime transportation of Ukraine, Russia, and Belarus is restricted and cannot operate normally. Air and rail transport are restricted.

Jan Hoffmann, head of trade logistics under the United Nations Conference on Trade and Development, believes that at present, the sea freight capacity of global trade goods transportation has reached its limit, even if it only brings isolated regional shocks, it is unbearable. "There is no idleness in the current cargo system, so anything that hinders the operation of ships will result in a drop in capacity," it said.

Odessa is located in the southwest corner of Ukraine, far from the Ukrainian capital, and its territory is cut off by Moldova. Although its geographical location is relatively remote, Odessa is a developed coastal city and is the second largest city in Ukraine. In Soviet times Odessa was an important heavy industry manufacturing center. 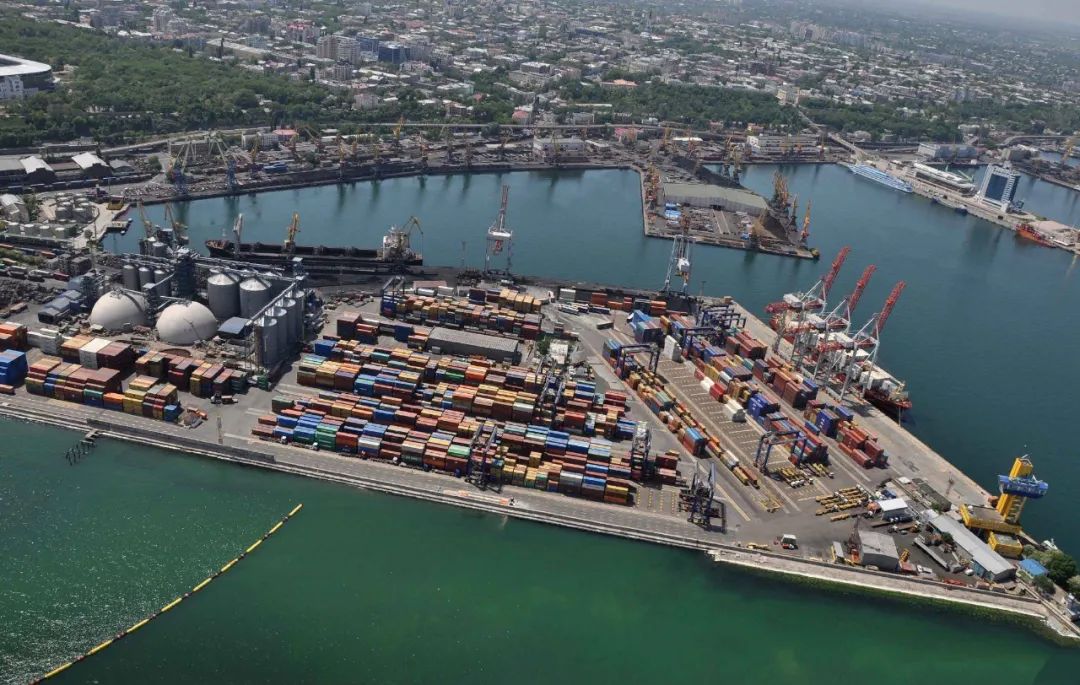 The Port of Odessa, with frequent foreign trade, was an important foreign trade port in the Soviet period, second only to the Port of St. Peter, the largest port in the former Soviet Union. Odessa is on the verge of the Black Sea. It has Ukraine's largest gulf port and is Ukraine's main oil port. It also undertakes more than 50% of the foreign trade and freight forwarding tasks of the former Soviet Union. The bombing of Odessa Port has cut off Ukraine's economic lifeline and also controlled An outlet for foreign aid to intervene.

Historically, Odessa has always belonged to Russia, and its geographical location is also very important. It is known as the "Pearl of the Black Sea". It is a perennial non-frozen port, which is very beneficial to export business. Odessa has been an important port in Russia since Soviet times. The port's foreign trade accounted for more than 50% of the total foreign trade of the Soviet Union, which fully demonstrates the importance of Odessa to it.

French President Emmanuel Macron has had several phone conversations with Putin since Russia launched its offensive against Ukraine on February 24. At the end of Thursday's conference call, Macron argued that "the worst is yet to come" for the Ukraine conflict.

Embassies Work to Repatriate Thousands of Stranded Seafarers
Of the world's 1.89 million seafarers, 10.5% (198,123) are Russian and 4% (76,442) are Ukrainian. With nearly 15% of the world's seafarers from Russia and Ukraine, the shipping industry may face a more serious labor shortage due to the situation in Ukraine. 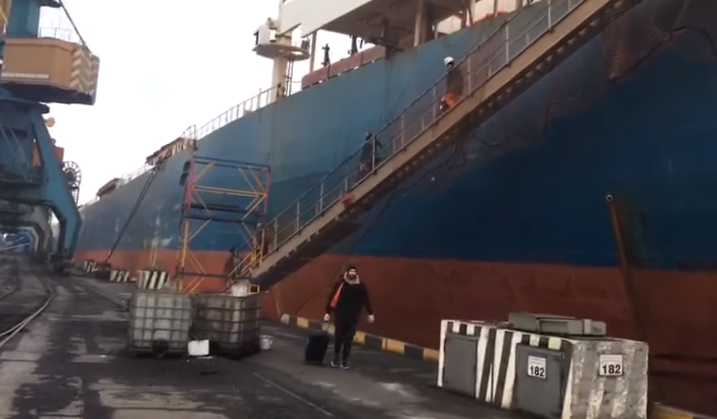 More than 2,000 seafarers are estimated to be trapped in Ukrainian waters and the situation is increasingly dangerous as Russia may soon bomb the country's largest port, Odessa.

According to the latest data from maritime platform Sea, 100 merchant ships were still in Ukrainian waters on the morning of the 7th, down more than 50% since the conflict began 12 days ago. Since the Russian-Ukrainian crisis, all Ukrainian ports have been closed and anchored ships cannot leave. Embassies and consulates have been working around the clock to evacuate affected staff from the country.

The Joint Negotiating Group (JNG) and the International Transport Workers' Federation (ITF) last week designated areas of the Black Sea and the Sea of Azov as areas of war operations, increasing security levels and other rights for seafarers in war zones.

So far, five merchant ships have reportedly been attacked since the conflict began on February 23, with one crew member confirmed dead. Ukraine's State Border Service released a video on Saturday showing crew members being evacuated from the port of Yuzhne, about 15 kilometers east of central Odessa. Fewer than 40 crew members from four international ships were transferred, including Greeks, Filipinos and Romanians.