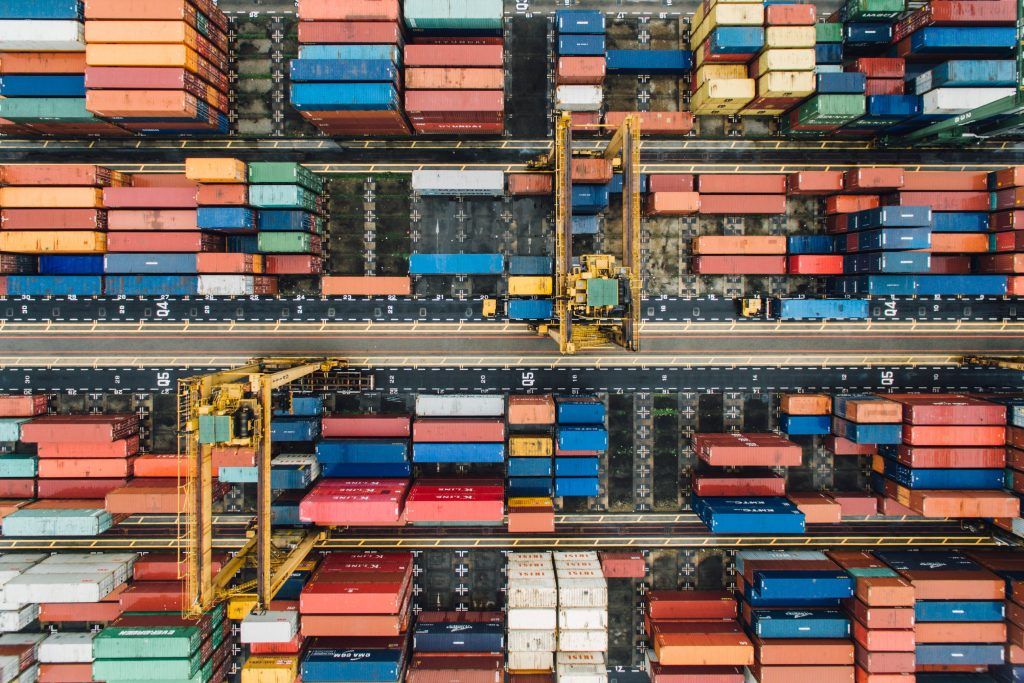 China is the world's largest exporter of containerized cargo, with 8 out of every 10 new containers coming from China, and it is also the world's leading container ship manufacturer, operating the world's fourth largest liner company. China overwhelmingly dominates the rankings of global container ports, and with a surge in seaborne trade, the number of Chinese ports has reached a new peak.

A few days ago, Alphaliner announced the annual ranking of the top 30 global container ports in terms of throughput in 2021. Among the top 10 ports, 9 are from Asia, and 7 of them are from China: Shanghai Port, Ningbo Zhoushan Port, Shenzhen Port, Guangzhou Nansha Port, Qingdao Port, Tianjin Port and Hong Kong Port. 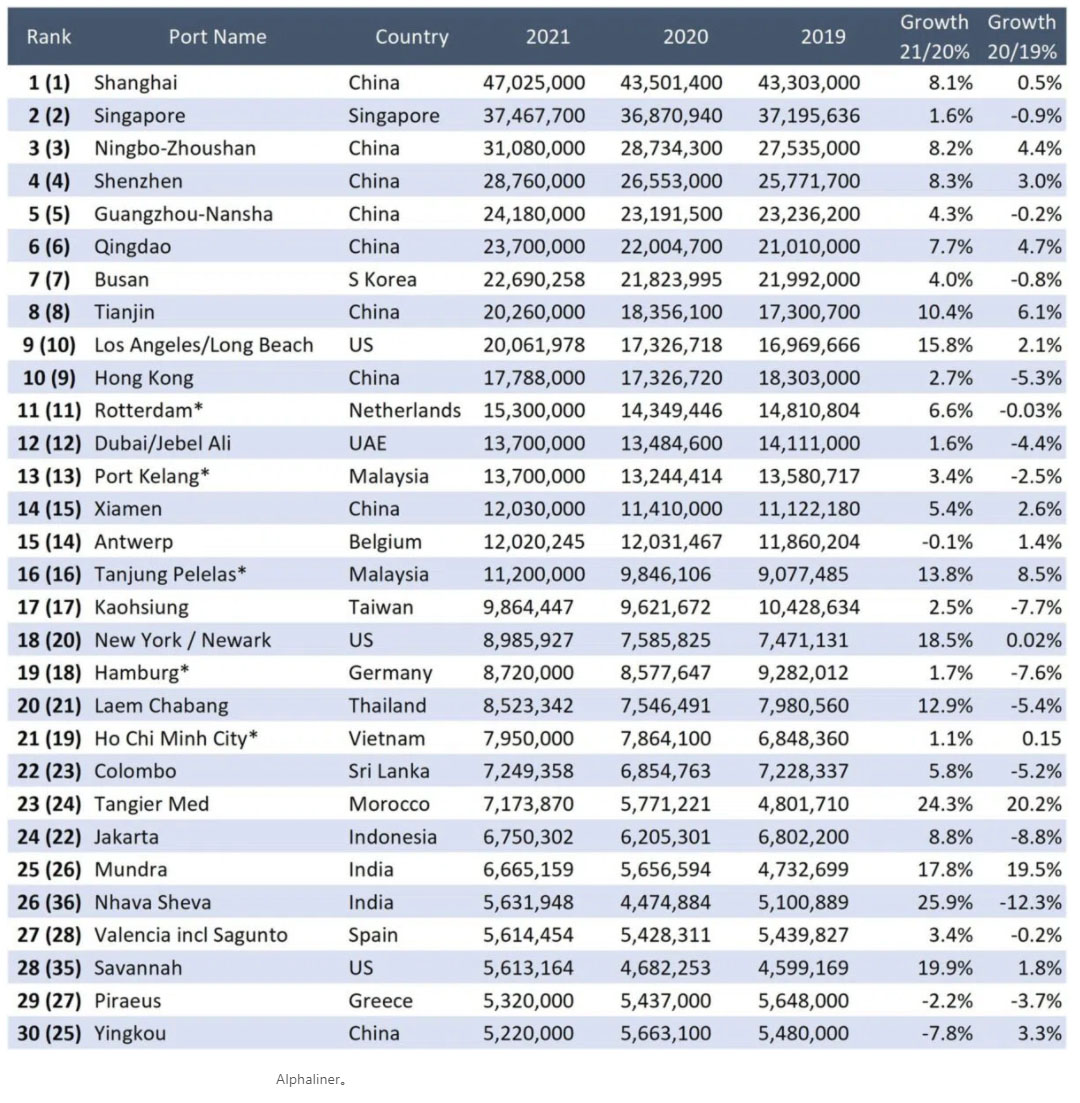 Analysis by Alphaliner shows that the total container throughput of the world's top 30 ports last year was 450 million TEU, a year-on-year increase of 6.5%. In 2020, the first year of the outbreak, the year-on-year growth was only 0.6%. This figure reflects the fact that world maritime trade continues to grow and the capacity of major ports is increasing.

Large Asian ports long ago left their competitors behind, with China alone accounting for nearly half (47%) of the combined throughput of the top 30 ports in 2021. The port of Shanghai, which has been at the top of the list for a long time, continues to maintain its leading position and has now opened a gap of nearly 10 million TEUs with the nearest competitor, the port of Singapore.

European ports are far behind, accounting for 12% of the combined throughput of the world's top 30 ports, while US and Middle Eastern ports account for 8% and 3%, respectively. U.S. ports hold three spots on the list: Los Angeles/Long Beach (10th), New York/New Jersey (18th) and Savannah, Georgia (28th).

Comparing the latest rankings with those from five years ago shows how the world's largest port has maintained its dominance for so long.

Five years ago, Asia accounted for 78% of the total throughput of the top 30 ports, and China accounted for 49% - essentially the same market share as last year, despite trade wars, blockades and port closures in the interim.

Bringing the top 30 ports back to their normal trend lines is unusually high growth in 2021. Including all ports worldwide, throughput rose 6.5 percent last year, Drewry said. This is the same level of growth reported by Alphaliner for the top 30 ports, which is 2%-3% higher than usual.